Home » News » IND vs SA: “I Knew, I Had to Make Them Pay” – Rassie Van Der Dussen Reacted to His Dropped Catch by Shreyas Iyer in 1st T20

IND vs SA: “I Knew, I Had to Make Them Pay” – Rassie Van Der Dussen Reacted to His Dropped Catch by Shreyas Iyer in 1st T20 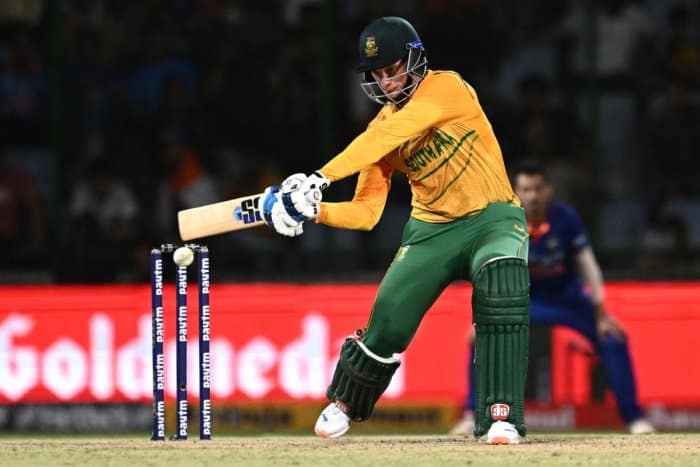 IND vs SA: On Thursday, India and South Africa gave the fans one of the most nail-biting games. However, it was the visiting team that held their nerve to register their highest successful run-chase in history. It was also the highest run-chase against the Men in Blue in the shorter format. Chasing a big target of 212, the batting duo of David Miller and Rassie van der Dussen played two heroic innings each to take the win out of India’s mouth. Both batters added the second-highest partnership for the fourth wicket to win the game for their team. Looking for more online betting sites in India for the 2022 season? Read here.

They added an unbeaten 131 runs in just 63 balls and smashed all the Indian bowlers to all parts of the ground. In particular, Miller set the tone and came out all guns blazing. Van der Dussen did struggle in the start, but once he got dropped by Shreyas Iyer, he just took the game away from the Indians. After the match, the batter admitted that that catch totally changed his mindset.

IND vs SA: “I knew, I have to make them pay” – Rassie Van Der Dussen

The 33-year-old was batting at 29 runs off 30 balls when he hit a ball from Avesh Khan to the leg-side boundary. Shreyas Iyer, who was fielding there, didn’t have to move as it came directly to him. But once it hit his hand, it pooped out and it dropped. And after that, Van der Dussen went briserk and added 46 runs off just the next 15 balls. After the match, he also opened up on that drop. He said,

“The key for me was that when that catch was dropped, I knew I had to make India pay. I took a good few balls to get in and it was a wicket that got a lot easier once you were in. It was tough to get yourself set. I knew I was in and I had to make them pay.”

Dussen also added that he tried to play shots but they didn’t come off and he put his team under pressure. But he got lucky and got a second chance after the drop and made India pay for that. Miller played a brilliant cameo and carried his bat through. The left-hander scored 64* off 31 balls, including four boundaries and five sixes. Van der Dussen also played an important knock of 75* off 46 balls, including seven fours and five boundaries. Speaking of Miller’s innings, he said,

“David just brought his form from the IPL straight into this game. He put the bowlers under pressure from the start. He played a brilliant innings and also just helped pull me through. “

After suffering this defeat, India’s winning streak ended after 12 consecutive wins. Both teams will now face each other on Sunday at Cuttack for the second match.

Find the live cricket Predictions and updates for the upcoming matches around the globe.