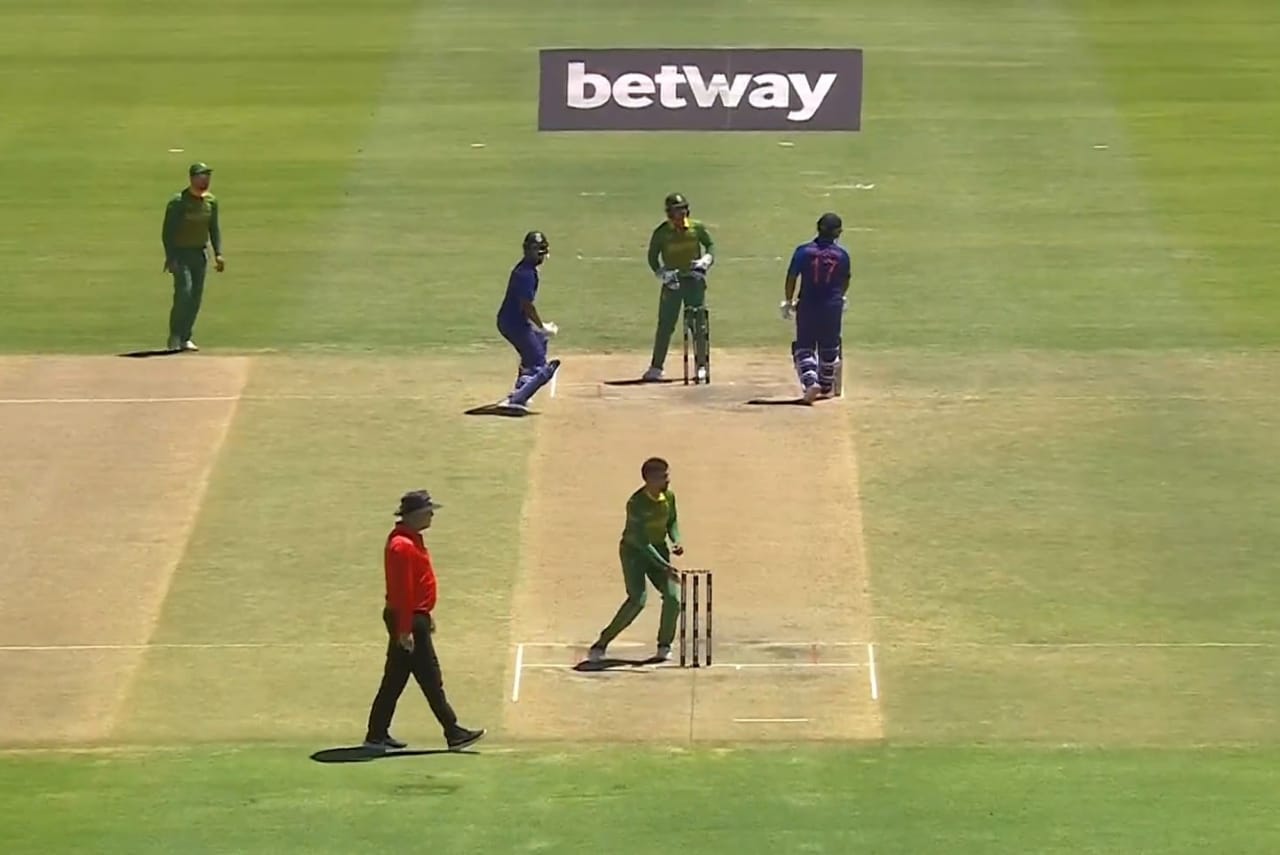 IND VS SA LIVE, 2nd ODI: The second One-Day International (ODI) between India and South Africa is being played at Boland Park in Paarl. After winning the toss, Indian captain KL Rahul elected to bat first, and both openers produced a promising start with a 63-run partnership in 11.4 overs.

However, India lost two wickets in a row when Shikhar Dhawan (29 off 38 balls) was caught by Magala off Markram and Virat Kohli was dismissed for a duck. Then came wicket-keeper batsman Rishabh Pant to the crease, and he and skipper KL Rahul began to rebuild the Indian innings. Both players began to play cautiously, pushing balls for singles. Get the latest news and update. Here’s BBL score live.

IND VS SA LIVE: Confusion between Rahul and Rishabh

But then came a moment in the fifteenth over of the innings off the bowling of Keshav Maharaj, when Pant nudges a call to the leg side and calls Rahul for a single. After taking some initial steps, Pant stopped and Rahul who was already on the run, reached near the striker crease and stopped.

But it was fortunate for KL Rahul that the throw from Keshav Maharaj was not able to collect the throw from Temba Bavuma and he missed the ball. And it gave KL Rahul a chance to get back to the non-striker crease, and the scene was full of comedy between the two Indian batters.

Hopefully, both the batsmen were safe at the end, and it didn’t cost another wicket for them. But KL Rahul was not happy with the call from Rishabh Pant. And Pant also apologised to KL Rahul for his call.

Both of them scored 115 runs for the third wicket, which helped India to a competitive score of 287/6 in their 50 overs respectively. Shardul Thakur (40 off 38 balls) and Ravichandran Ashwin (25 off 24 balls) made some useful runs at the end to help India reach this score. For South Africa, Tabraiz Shamsi took 2 wickets. BetWinner app is a completely solution for betting. Learn more about the app here.