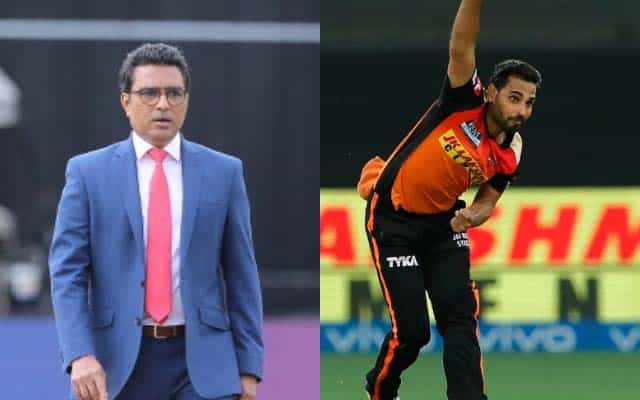 IND VS SA: Former Indian batter turned famous commentator Sanjay Manjrekar feels that the Indian pace bowler Bhuvneshwar Kumar should be given more chances in the upcoming T20I series against South Africa. However, the speedster has been on and off in the national team for quite some time now and he is among the five pacers selected for the series, alongside Harshal Patel, Avesh Khan, Umran Malik, and Arshdeep Singh in the 18-member Indian squad as well. Looking for trusted betting sites in India? We got you covered! Here, we also bring you betting site reviews that are primed to offer a rewarding and safe wagering experience.

While talking about that, during an interaction on Sports 18, Manjrekar said, “There are lots of candidates. Bhuvneshwar was very good; he has shown that he is a pretty reliable death bowler; India needs somebody in the death. Bhuvneshwar Kumar is likely to play; if you have got him in the squad, might as well play him, but there are other exciting options.”

However, the veteran has also stated that Team India will have a formidable pace attack no matter which pace bowler is picked for the game as well. On the other hand, T20 World Cup will take place later this year and Team India speedster Jasprit Bumrah is probably the only fixed pacer to be selected in the India squad for the upcoming mega event. However, all five pace bowlers picked for the South Africa T20I series will try to give their best and cement a place in the Indian team for the marquee event as well.

IND VS SA: “The best thing about Umran Malik is that he gets you wickets in the middle” – Sanjay Manjrekar

Sanjay Manjrekar further added, “Avesh Khan is another good candidate; there is Harshal Patel, there is Arshdeep Singh. So there is going to be a real clamour for those spots. India will go for three genuine seam bowlers with Hardik Pandya as their fourth option. It’s like pick anyone, and they are still going to be quality.”

Meanwhile, he also talked about the new pace sensation Umran Malik, who made headlines in the recently-concluded IPL 2022. However, Manjrekar believes he might not get many chances considering the pool of players the team has.

“He (Umran) is there in the squad, he might play a couple of matches but bilateral matches; who cares? It is about the big marquee event, the ICC events. The best thing about Umran Malik is that he gets you wickets in the middle; very few fast bowlers can do that. If India has a combination of spinners who are not wicket-taking in the middle, that’s where Umran comes in,” Sanjay Manjrekar concluded. Are you looking for the best betting apps on the go? If yes, read more here.