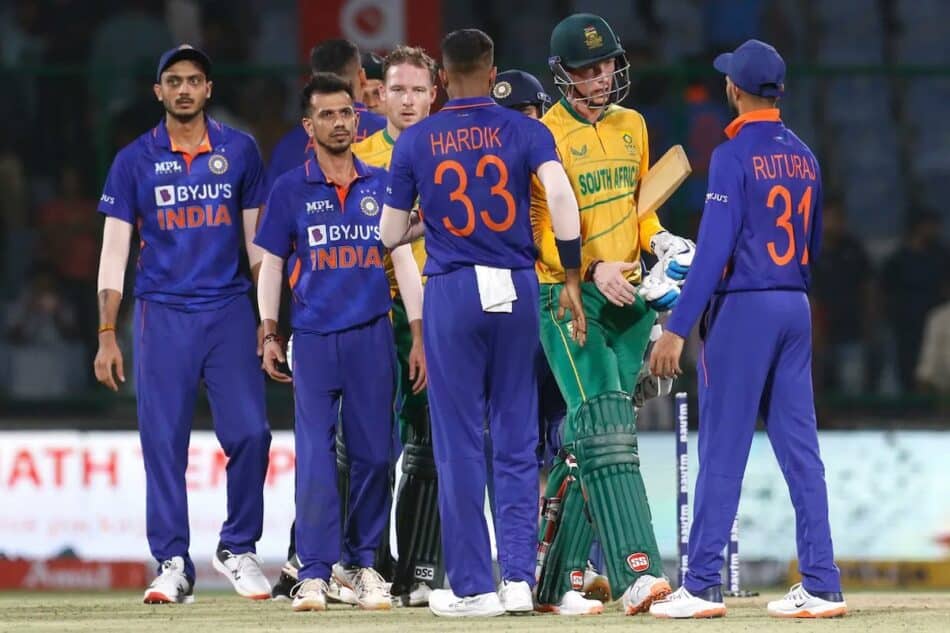 IND vs SA: India took on South Africa in the first match of the five-match T20 series at Arun Jaitely Stadium on Thursday. After a competitive match, the visitors came on top, winning the match by seven wickets with five balls to spare. The match was in the favor of the home team for most of the game. But an incredible partnership between Rassie van der Dussen and David Miller snatched victory from the jaws of defeat. Both batters scored 131* runs for the fourth wicket partnership to win the game and take a 1-0 lead in the series. Bet online by checking more legal betting sites in India for the upcoming match here on our site.

IND vs SA: IPL helped to adapt to the conditions and read the bowler’s minds- Rassie Van Der Dussen

Looking for trusted online betting apps? We got you covered! Here, we also bring you betting app reviews that are primed to offer a rewarding and safe wagering experience.

The right-hander had a rusty start to his innings. At one point, he was struggling at 29 runs off 30 balls. Later, he was dropped by Shreyas Iyer at the boundary and after that he was unstoppable. He scored 46 runs off just 15 balls after the dropped catch. In the post-match presentation, Van der Dussen said that playing in the IPL has surely helped him to learn about the conditions. However, he played only three matches but was with the RR for more than two months. He said,

“I spent two months here, been in the conditions, been in the heat. So I adapted to that and that goes to everyone. We had a lot of guys in the IPL this year and that helped us in the first game to adapt quickly and get over the line.”

The 33-year-old also lauded the veteran left-hander for his blistering knock of 61. Then Miller came out in a tricky situation after the loss of the third wicket, and the run rate was increasing. But he came out with intent and carried his IPL form forward, taking on the bowlers straight away. Van der Dussen said,

“He played brilliant innings and also just helped pull me through that difficult phase of my innings. Once he hit those consecutive sixes, the momentum shifted our way.”

Both teams will now lock horns in the second T20I on Sunday in Cuttack. The visitors have taken a 1-0 lead in the series and will be confident heading into the next game. On the other hand, the Men in Blue will have to look at their plans since the bowling looked ordinary in the first match. Because another loss will make it difficult for the team to bounce back.

Find here more live Cricket Predictions and updates for the upcoming matches around the globe.