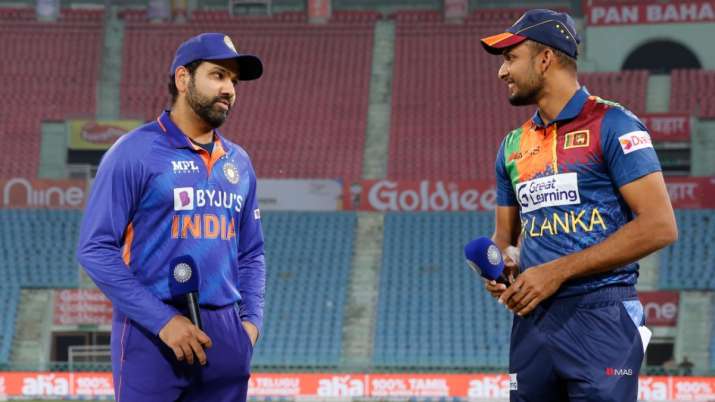 IND vs SL 3rd T20I: The Men in Blue have won another T20I series under the captaincy of Rohit Sharma. India thrashed Sri Lanka by 7 wickets with 17 balls to spare while chasing a big target of 183 runs. The second T20I was a run feast for the fans as a total of 369 runs were scored in 37.1 overs in the match. The Indian batsmen made a mockery of the Sri Lankan bowlers and chased the target comfortably. India has already won the series 2-0 with one match to play on Sunday. Here are some free Cricket match betting tips and guides for the upcoming 2022 match.

And with just one match left to play, one can expect a few changes in the playing XI from the second T20I. The skipper who is playing continuously since the start of the home season against the West Indies might take a rest.

As he will be leading the team in the upcoming test in Sri Lanka starting from March 4. So we might see vice-captain Jaspreet Bumrah leading the team in the third T20I on Sunday. Ishan Kishan, who got hit on the head during the match, will also be unavailable. And Sanju Samson will take his place on wicket-keeping duties. Skipper already gave the indication after the match about the changes in the final T20I. He said,

“We’ll sit down tomorrow, see what we can do on any team changes. We have used 27 players so far, there could be more. When you win the series, there are guys who haven’t had the opportunities. Some of the guys will have to play Tests, we’ll have to look after everyone. It’s the sign of the times we’re in, it’s fine to look after physically, but it’s the mental thing that’s important as well.”

Here’s some Cricket Prediction for the 2022 Season.

India has given rest to some players and some are out due to injuries. But if the wicket-keeper misses the third T20I, then Rohit will have to play as the team is without Rituraj Gaikwad as well. We could see some changes in the bowling line-up as well.

But keeping the Test series on his mind, the skipper will make the changes. The team has already tried 27 players in the last series of two. All the rotation policy is in order to prepare and find the right combination for the upcoming T20I World Cup.

Sri Lanka, on the other hand, looked good in the batting department in the second T20I. They have some positives to look for, but they would like to win the third T20I and end the series on a winning note.

With the win in the second T20I, Rohit Sharma has become the most successful captain with the highest number of wins (15) at home. And surely he will aim for another whitewash by winning the third match.

Get the best betting Apps in India for IOS and Android here.