Home » News » IND vs SL Series: 5 Players to Watch Out in the Upcoming T20 Series

IND vs SL Series: 5 Players to Watch Out in the Upcoming T20 Series 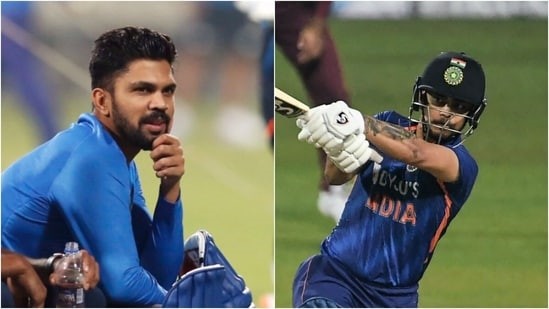 Ind vs SL T20 Series: After India whitewashed West Indies in the T20I series, the focus now shifts to the picturesque Dharamshala where the Sri Lankan challenge awaits them. With Virat Kohli and Rishabh Pant rested, team India will continue to pursue with the young Turks. Ishan Kishan will get another crack to justify the faith of selectors. Meanwhile, Avesh Khan made his debut in the 3rd T20I vs West Indies. Joining them will be Sanju Samson who is like to like replacement for Pant. All eyes will be on the 27-old cricketer who is yet to make an impact in the international arena.

Sri Lanka too are filled with some exciting young guns. Captain Kusal Mendis, Dushmantha Chameera, Pathum Nissanka, and Maheesh Theekshana, among others, will be eager to perform against India. Sri Lanka defeated India 2-1 in the last T20I series played between the two Asian giants. So, it will be redemption for Team India as they prepare for mission Melbourne. Here let’s take a look at 5 players to watch out for in the upcoming T20I series.

Ind vs SL: 5 players who can make a difference in upcoming T20 series

Ishan Kishan failed to impress his well-wishers in the T20I series vs West Indies. He struggled to get off the blocks and sometimes tried too hard to hit the ball. He could only accumulate 71 runs at a dismal strike rate of 85.5 in the three games. Ishan Kishan, the most expensive player in the recently concluded IPL 2022 Auction, undoubtedly is feeling the heat.

Kishan, who made his T20I debut with a half-century, is an aggressive batter who likes to take on bowling from the start. He brings a wicketkeeping and left-handed option at the top, which is a rare commodity. He tried to up the ante in the final T20I but still was nowhere at his best.

Hence, he will be raring to go, show his full potential at display and justify the faith of selectors in him. There is no doubt that he will come out all guns blazing and fulfill his role of an explosive opener in the upcoming T20I series vs Sri Lanka at home.

After warming the bench for an extended period, Ruturaj Gaikwad finally got his moment in the final T20I vs West Indies. However, his dream was cut short by Jason Holder. The 25-year old made his India debut in the away T20I series vs Sri Lanka last year. He was largely overlooked after scoring just 21 and 14 in two T20Is against Sri Lanka.

Ruturaj made a strong comeback in the second phase of the IPL, finishing with 635 runs in 16 matches at an average of 45.35. In five Vijay Hazare Trophy matches, he smashed 603 runs at a staggering average of 150.75, including four centuries. He is too good a player to miss out on opportunities and thus he will be another player who will be itching to get on the field and unwind his capabilities.

Avesh Khan’s life has come a full circle. In this previous weekend, he earned a whopping INR 10 crore after being snapped by Lucknow Super Giants. This weekend was even sweeter as he made his well-deserved debut in the final T20I vs West Indies.

Avesh Khan, the IPL 2021’s second-highest wicket-taker, was eager for his T20I debut after warming the bench in the series against Sri Lanka, England, and New Zealand. He had impressed with his outstanding performance for the Delhi Capitals, which helped them to the top of the points table.

However, he couldn’t settle the butterflies in his stomach and succumbed to the pressure of the big stage. Khan gave away 42 runs in his allotted four overs and failed to pick a wicket. He will be on India’s radar as a backup bowler for the T20 world cup.

Wanindu Hasaranga, who missed three T20Is due to COVID, will be eager to return to action following a four-for against Australia. The 24-year-old has 57 wickets in 35 T20Is at 6.39 RPO.

He is currently ranked 3rd in the world T20I rankings and has a good record against India. The legspinner has 10 wickets in 6 T20Is against the men in blue. He is known for his dangerous googly, which Indian players must avoid. He will make his first appearance in India after being picked by Royal Challengers Bangalore (RCB) for INR 10.75 crore.

Maheesh Theekshana has the potential to be the most exciting Sri Lankan talent on display in the IPL 2022. The Chennai Super Kings (CSK) signed him for a fee of Rs. 70 lakh, adding to their already strong spin lineup.

Mystery spinner Theekshana bowled predominantly in the powerplays and returned with impressive figures. In fact, he bowled 10 out of his 15 overs in the powerplay and kept the Australians at bay.