IND vs SL: Team India move on from Ajinkya, Pujara, Ishant & Wriddhiman, but Chetan Sharma says ‘Door not closed yet’ 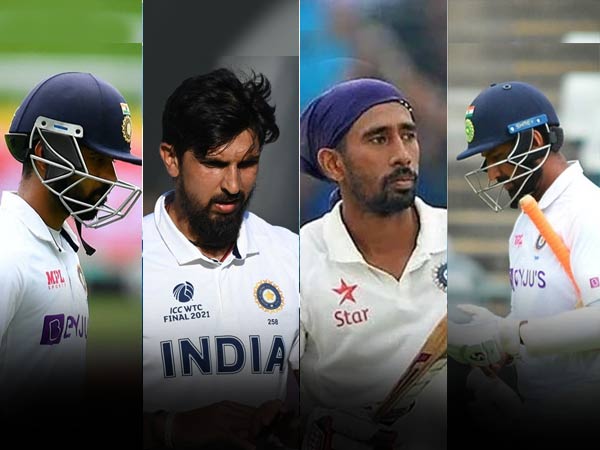 IND vs SL: The Chetan Sharma-headed selection panel announced India’s squad for the upcoming T20I and Test series against Sri Lanka on Saturday (February 19). While there were no surprises in the T20I squad. But there were plenty of seniors who were dropped from the Test team. The selection committee dropped ex-vice-captain Ajinkya Rahane, Cheteshwar Pujara, Ishant Sharma, and Wriddhiman Saha for two Test matches.

Cheteshwar Pujara and Ajinkya Rahane both were out-of-form for several series. So the committee has dropped them from India’s squad for the upcoming Test series against Sri Lanka. Both veteran batters have been going through a rough patch of form in recent times.

From loss in South Africa, these things are coming in reports. They might lose their positions in the team, fans already predicting this. Team India chief selector Chetan Sharma said that they should play in the domestic Ranji Trophy. Wicketkeeper-batter Wriddhiman Saha and veteran pacer Ishant Sharma also didn’t find any place in the India squad.

IND vs SL: Chetan Sharma on Pujara and Rahane

The selection committee said that they deliberated a lot on Rahane and Pujara. They told them the committee will not consider them against Sri Lanka but doors are open for them. Chetan Sharma told them to go and play Ranji Trophy.

Rahane and Pujara are playing Ranji Trophy for their respective state teams while Ishant will play for Delhi from their second fixture. Saha isn’t playing the red-ball tournament. Rahane was impressed on his return to domestic cricket and scored a century against Saurashtra.

“We have deliberated a lot on them and We decided not to consider them for the SL series. We asked them to play Ranji. For these two matches, we decided to give chance to others. They can still make a comeback. Ajinkya got a hundred in the Ranji match. It is a bad phase. It is very important for the selectors to manage them”

End of Road for Saha and Ishant?

IND VS SL: They have informed that Ishant and Wriddhi will not be considered for the two-match Test series against SL. But the door is not closed to them. We have requested all four to play the Ranji Trophy. But the PTI earlier had reported that team management has decided to move on from Saha and 100-Test plus Ishant. KS Bharat has been chosen in place of Wriddhiman Saha.

Chetan Sharma agreed that in the case of Saha, his age is also a factor. Saha is now 37 and a half years old. The team is now trying to make a blend of experience and young talents. Pant is now a well-established player, also his keeping skills improved very much.

“Look, age isn’t something we give a lot of credence. On what grounds Wriddhiman has been dropped, we can’t tell you. But there comes a time when you start thinking about youngsters when you don’t play for long. Also, I don’t know why Saha is not playing Ranji Trophy. That’s not my jurisdiction and that’s what state unit must look into,”

Earlier this week, the Board of Control for Cricket in India (BCCI) announced a new schedule for India’s upcoming home series against Sri Lanka. The tour was supposed to start with the two-match Test, but now will begin with T20Is, with the first match being played at the Ekana Stadium in Lucknow on February 24. The second and third T20Is will take place in Dharmsala on February 26 and 27.

Following the T20I series, the teams will play two Tests, which form a part of the 2021-23 ICC World Test Championship cycle. R Jadeja is fir and the team management is hoping that he soon returns to the mix for Team India across formats. As long as Rohit Sharma is fit and available, he is the Test captain unless rested.