IND vs SL: Dilshan Madushanka Doubtful for the Second ODI 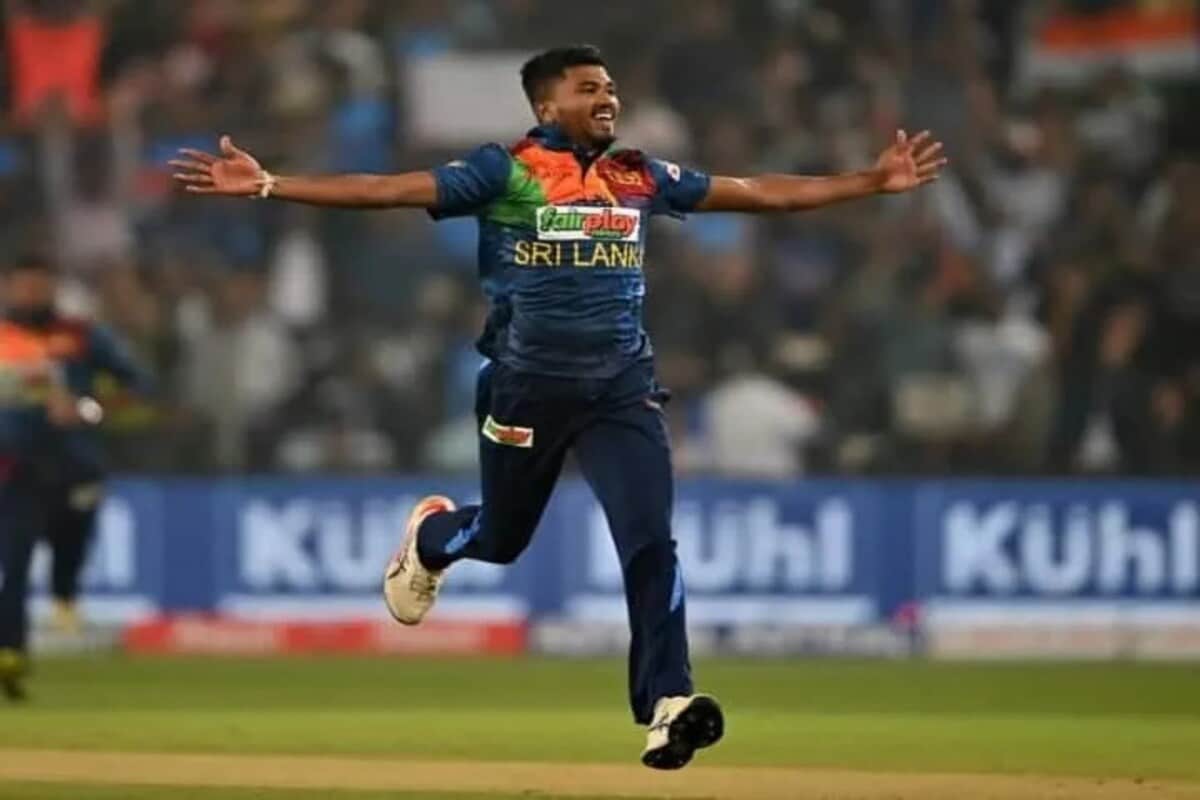 Sri Lanka’s left-arm seamer Dilshan Madushanka is doubtful for the second ODI of the three-match series after he dislocated his right shoulder during the first ODI against India in Guwahati. All-rounder Chamika Karunaratne, who injured his upper lip is expected to be available for selection, said a Sri Lanka Cricket (SLC) media release. Ahead of an all-important game against India at the Eden Gardens, SLC on Wednesday released an official statement confirming that there are injury concerns in the visiting camp.

Playing in his first-ever ODI game, Madushanka injured himself while attempting to stop the ball in the inner ring. He could only bowl six overs and didn’t return to the field as he was immediately taken for an MRI and X-Ray.

According to Sri Lanka Cricket, the left-arm pacer has dislocated his right shoulder and the team management are now awaiting the results of the scans. Karunarate, who was playing with an injury, was hit on his upper lip before the game started and played the game with three stitches. However, unlike Madushanka, Karunaratne’s injury is not that serious which makes him a sure starter for what could be a virtual series decider in Kolkata on Thursday.

IND vs SL: Karunaratne to Be Available for the Second ODI

“Dilshan Madushanka dislocated his right shoulder while diving in the outfield during the 1st ODI. He was sent for an X-ray and MRI. Upon receiving the said reports, the team management will decide on the future course of action. Chamika Karunaratne’s upper lip was injured after being struck by a ball just before the toss of the first ODI. He received three stitches and took part in the game as per the recommendation of the team’s medical staff. He is expected to be available for the second ODI,” said SLC in an official release.

If Madushanka misses out on the second ODI then Lahiru Kumara will replace him. The addition of Kumara brings an X-factor to the team as he’s the quickest of all the Sri Lankan bowlers. The Lankan Lions were defeated in the first ODI in Guwahati.

A Virat Kohli masterclass and combined efforts from the bowlers helped the Men in Blue to breeze past the visitors to take an early lead of 1-0 in the series. Sri Lanka and India are scheduled to lock horns in the second game of their three-match ODI series on Thursday, January 12. For the Dasun Shanaka-led side this game will be a must-win in order to keep the series alive.