IND vs SL : Dimuth Karuratne to Lead Test Squad Without Hasaranga and Theekshana Against India 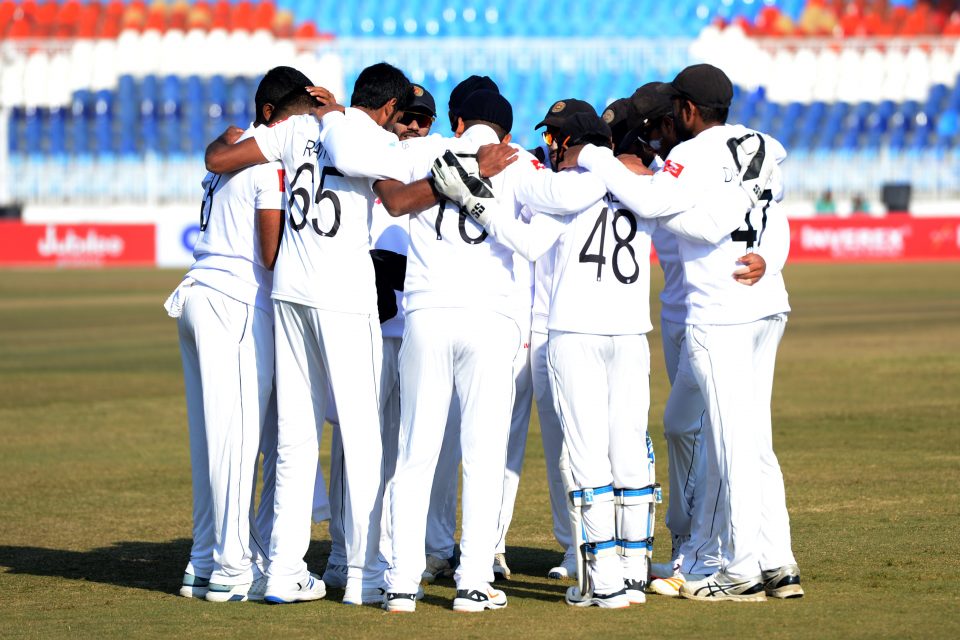 IND vs SL: Lankan tigers are having their tour in India. After the T20Is they are going to face Team India in the white-ball contest. Reports are coming that Sri Lanka is going to miss their star performer Wanindu Hasaranga. Along with Hasaranga, they will also miss Maheesh Theekshana in the two-match Test series against India. The test series is starting from 4th March at Mohali stadium.

Excluding this player, a new young leg spinner gets a call-up for his maiden test match. Jeffrey Vandersay is the player who received his maiden test call-up. Dimuth Karunaratne and his companions left for the test match series against Team India. They will have their quarantine session for three days in Mohali. After that, they will be joining the players from the T20 series.

IND vs SL : Sri Lankan Side for Test Match Series

After this affects Sri Lanka got another blow as Kusal Mendis and spinner Maheesh Theekshana are going back home. Sri Lankan management has to rule out them for their hamstring injury concerns. However, Kusal Mendis is staying back in the squad. He is a member of the test squad and will be added subject to fitness.

Niroshan Dickwella is joining the T20 squad after the end of his suspension. Last year in England because of the bio bubble breach management has suspended him. But now he came out from this suspension and will be part of the Lankan side.

Moreover, Dananjaya de Silva is also joining the Test squad. And hope Sri Lanka could be able to build a competitive side against a strong team in India. Sri Lanka’s Minister of Youth and Sports Namal Rajapaksa has approved the 18 members squad. He is son of Sri Lankan Prime Minister Mahinda Rajapaksa. He himself used to be an all-rounder.

IND vs SL: Sri Lankan Cricket board made curious thing as they added up Mendis in the test squad. Mendis will unavailable for his injury despite this management took him in this squad. They were also saying that Wanindu Hasaranga will return home.

Hasaranga is Covid affected and that’s why he is not playing the T20Is. He got affected in Australia and didn’t participate in any matches. Sri Lanka lost the series very pathetically. They lost their Australia series with 4-1 against Australia.

India has already announced their test squad against Sri Lanka. Newly appointed Rohit Sharma will be leading the team full-time from this test series onward. And Jasprit Bumrah is the new vice-captain after the exclusion of Ajinkya Rahane. Ravichandran Ashwin is also facing some fitness issues and KL Rahul will also not be part of this series. Although Shubhman Gill is back on the team.