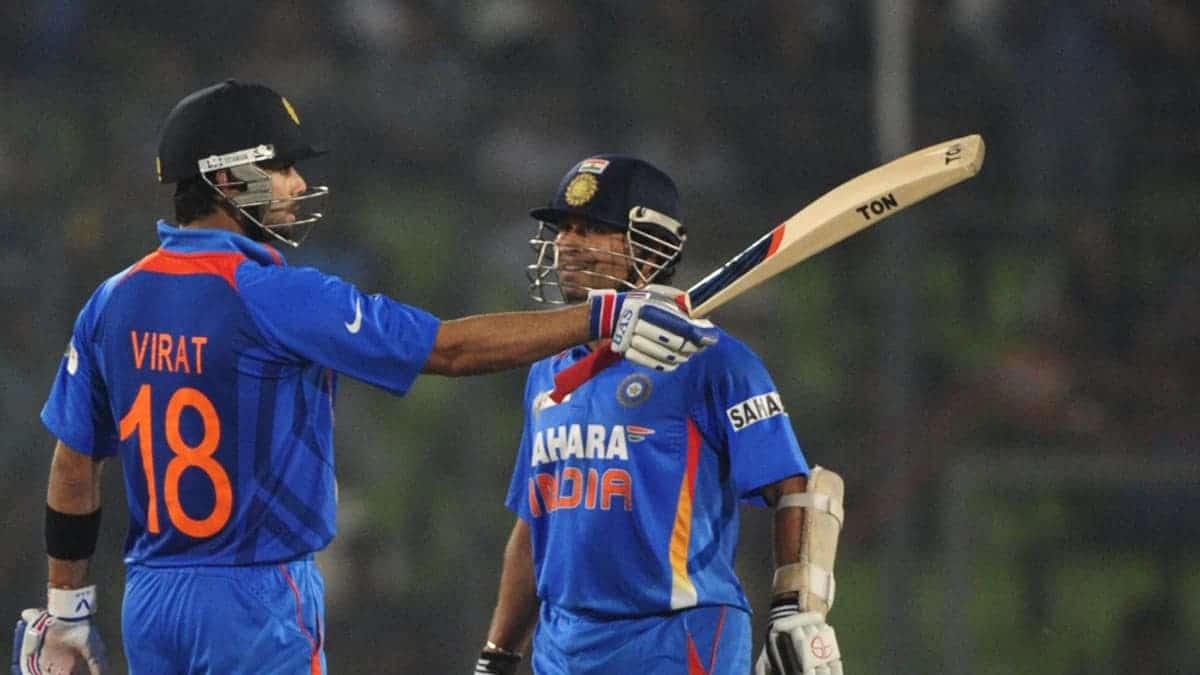 IND VS SL: In the broadcaster’s studio, former India cricketer Gautam Gambhir watched as Virat Kohli scored his 45th ODI century in the opening one-day match against Sri Lanka on Tuesday in Guwahati. Kohli received a lot of praise on social media for his outstanding performance with the bat. In the process, Kohli also managed to tie the record held by the great Sachin Tendulkar for the most “home hundreds” in ODIs.

Fans and analysts began drawing analogies between Kohli and Tendulkar, but Gambhir downplayed them by saying that things had changed while Sachin was playing. Gambhir was adamant while rejecting the notion of comparing athletes from various eras. The former opening batsman for India listed the availability of a second new ball and fielding limits as some of the “rule innovations” that have benefited hitters in the modern age.

IND VS SL: “Should Not Compare Eras”: Gautam Gambhir

“It’s not about the record honestly. Virat Kohli will go on to get many more centuries than Sachin Tendulkar in the 50-over format. See, the rules have changed. You should not compare eras. It’s not fair to compare eras as well where there was one new ball as compared to now when there are 2 new balls with five fielders inside. But yes, he has been a master in this format and he has shown it over such a long period of time.”

Sanjay Manjrekar, who was also a member of the Star Sports broadcast team for the game, stated that he has no doubt that Kohli will surpass Tendulkar in terms of the most ODI hundreds played.

“He (Kohli) is not an opener so in every 50-overs game, he is not going there from ball number 1 and you are looking at the whole innings to get a hundred. He has batted at 3 most of the time so that is something you have got to consider. I have no doubt that he will overtake Tendulkar in one-day hundreds. I mean, it’s just four hundred to equal Tendulkar. It may happen in a year and a half. It’s a 50-over World Cup year so I believe it could happen.”

In the 50-over format of international cricket, Kohli has already scored 45 hundred. Contrarily, Tendulkar has 49 tons in ODIs. As a result, India defeated Sri Lanka by 67 runs in the opening game of their three-match one-day international series in Guwahati, thanks in large part to Kohli’s outstanding century.

In his 87-ball performance, Kohli scored 113 runs while hitting 12 fours and a six. The former skipper, who is just four short of Sachin Tendulkar’s all-time record, scored his 45th ODI century.