Home » News » IND vs SL: “I Wanted To Play A certain Way But Cricket Wasn’t Allowing Me To” – Virat Kohli

IND vs SL: “I Wanted To Play A certain Way But Cricket Wasn’t Allowing Me To” – Virat Kohli 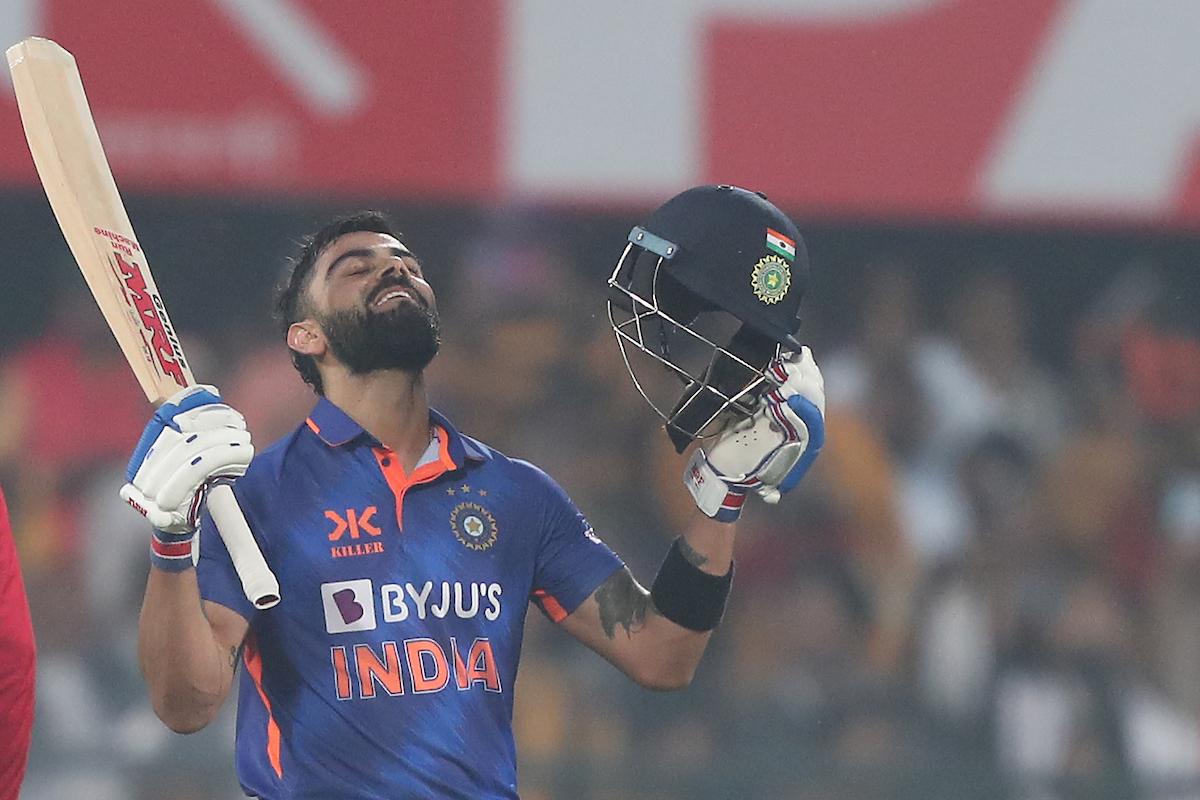 IND vs SL: Team India’s swashbuckling batter Virat Kohli has returned to his best form with a blistering ODI hundred. The former India captain smashed his 45th ODI hundred against Sri Lanka in Guwahati on Tuesday which is his 73rd international century overall.

However, things weren’t as good about six months ago as they seemed now as Kohli was going through a lean patch and failed to score runs. Although he was getting off to start, he was failing to convert those starts into a big ones. In a video posted by BCCI, Virat Kohli was seen talking to star India batter Suryakumar Yadav about his mindset during that tough phase. He said:

“When you play more and more now, people look at you differently. So keeping up with that is a very intense process. When things are going well, everything happens in a nice flow. But when there are a few ups and downs, that’s where for me the frustration started to creep in. I wanted to play a certain way but cricket wasn’t allowing me to.”

He continued: “I realized that I was very far away from my cricket because of my desires. I realized that I need to be true to myself. If I was the worst player around, I needed to accept it. I was getting very cranky and snappy and that wasn’t fair on people around me, Anushka [Sharma] and my other loved ones who are always there for me. So I had to take responsibility and put things into perspective.”

“When I came back very relaxed to the Asia Cup, I started enjoying practice” – Virat Kohli

However, the break in between certainly helped him as he became the highest run-scorer in the Asia Cup as well as the T20 World Cup after that as well. He also broke his century jinx and has now registered back-to-back ODI hundreds as well. And, this gave Kohli a very important lesson too. He added:

“When I came back very relaxed to the Asia Cup, I started enjoying practice and my batting which is the way I have always been. So I would advise that if ever there is a bit of desperation, take two steps back instead of going behind your goal more and more because it will only go farther from you.”

Meanwhile, the bond between Virat Kohli and Suryakumar Yadav has become strong over the past 12 months as the duo have spent time together in the middle many times as well, making some massive partnerships for India in T20Is too. However, Virat Kohli congratulated Yadav for having a sensational year with the bat and believes it is something that he hasn’t witnessed before too as well.

“You’re creating a different template and energy when you go and I can see it in the crowds, there is genuine love and affection because of the way you’re playing, which is amazing to see and I wish you all the best. We have been working hard for so many years now, but what you have done in the past year is something special and something that I haven’t seen before,” Virat Kohli concluded.