IND VS SL: KL Rahul Relishing the Middle-Order Role in the Team 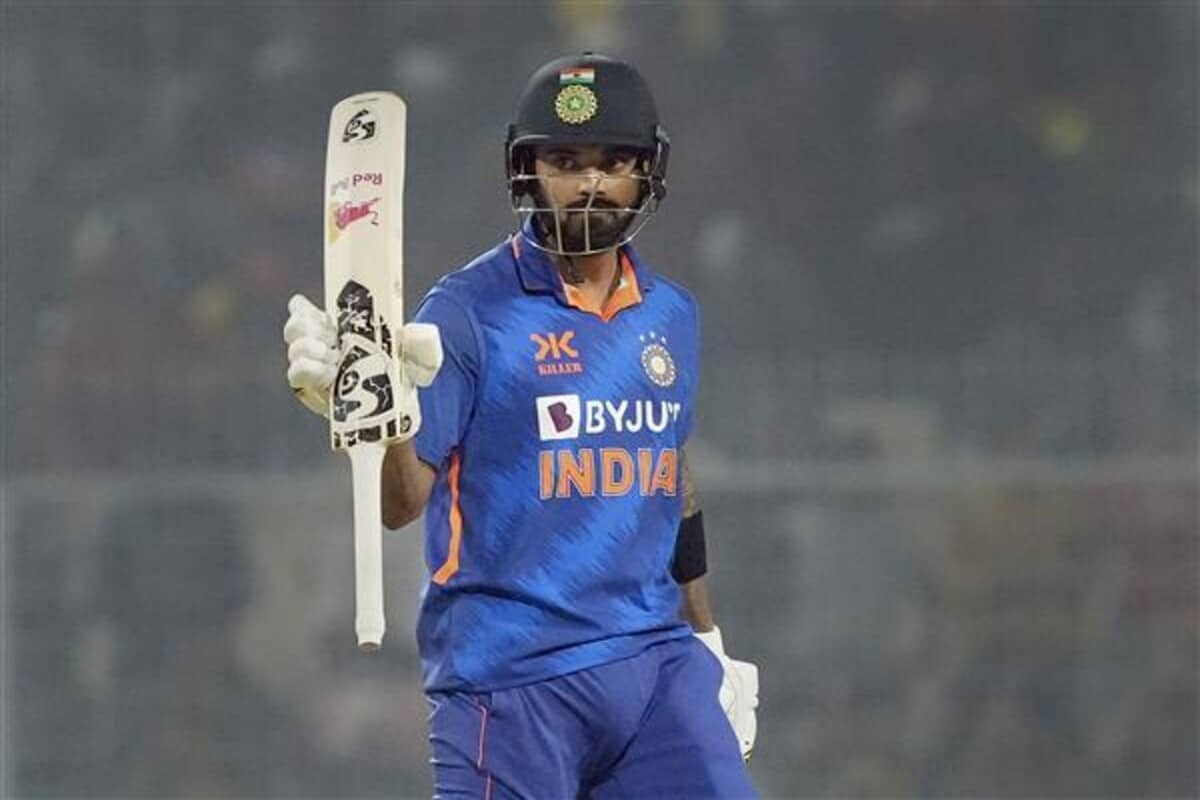 IND VS SL: India’s wicket-keeper batter KL Rahul said he is willing to continue to play as a specialist wicket-keeper batter in the middle-order after his match-winning half-century helped his team win the second ODI and seal the ongoing three-match series at Eden Gardens, Kolkata on Thursday, January 12. Team India won yet another bilateral series at home when they defeated Sri Lanka by 4 wickets in the 2nd ODI in Karachi.

India were in a spot of bother while chasing just 216 against Sri Lanka at the Eden Gardens on Thursday. Rahul scored an unbeaten 64 off 103 balls. This was Rahul’s slowest ODI fifty but he played a really good knock to anchor the run chase on a tricky wicket. The Indian wicketkeeper-batter came out to bat at number five when the Men in Blue were reeling at 62/3 inside the first ten overs.

He stabilized the innings with a 24-run stand for the fourth wicket with Shreyas Iyer. Vice-captain Hardik Pandya joined forces with Rahul in the middle. The two Indian batters steadied the ship once again with a match-defining 75-run fifth-wicket partnership. After Pandya’s departure, Axar Patel supported Rahul with a run-a-ball 21. While wickets kept falling on one end, the 30-year-old Rahul kept his nerve and had an unbeaten 28-run stand with Kuldeep Yadav for the seventh wicket as India won the game by four wickets.

IND VS SL: Rahul Settles Himself in the Middle-Order

Speaking to the broadcasters after the game, Rahul was asked about his role as a keeper batter in the team and batting in the middle-order. The 30-year-old responded by saying that he has settled into this role and he has the backing of the captain and the team management.

“I have tried to settle into this. When you have the backing of a captain and team, it helps you to bring your focus to doing good for your country. It keeps me on my toes and helps me to take on challenges. I like challenges. I have not done it for so long. But doing it for a while. I try to manage my fitness and my body. I am doing a lot of work on batting and wicketkeeping for this. As it needs special training,” KL Rahul said after India won the match by four wickets to take a 2-0 lead in the three-match series.

Rahul has often been criticized in the recent past for his inconsistency, especially in big games and under crunch situations. But the way he absorbed the pressure in the match and managed to take India to victory will certainly answer his critics.