IND vs SL: Kohli’s Childhood Coach Urges Team India Pacer to Cut Down on Slower Ones 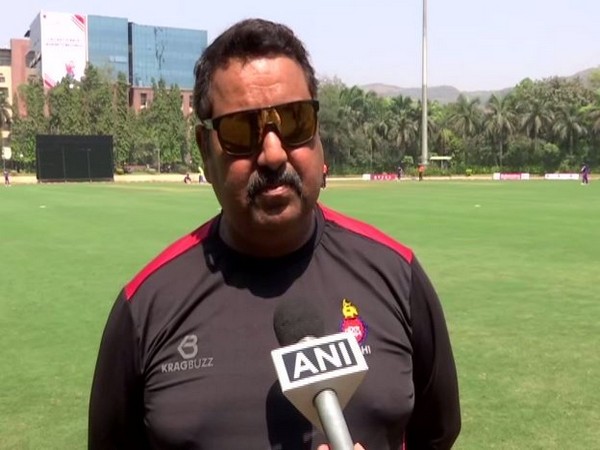 IND vs SL: Following the debacle at the T20 World Cup last year, India has gone on to sweep three consecutive T20I series, equaling a record for the most consecutive T20I wins after a 3-0 whitewash of Sri Lanka in Dharamsala on Sunday. Find here some Cricket session tips for free and 2022 match prediction.

The Rohit Sharma-led side has been impressive in recent times, and despite the series victories coming at home, they are already indicating that they will be a major contender for the T20 World Cup in Australia later this year.

After losing to Pakistan and New Zealand in their first two T20 World Cup matches last year, India won their next 12 matches – against Afghanistan, Namibia, and Scotland at the T20 World Cup, and then three series at home featuring New Zealand, West Indies, and Sri Lanka.

One of the chief curators behind India’s death bowling woes in the Sri Lanka T20I series was Harshal Patel. While the 31-year-old has had a strong start to his T20I career, he leaked runs in the death overs against Sri Lanka. He gave away 61 runs in four overs in the second and 3rd T20I combined.

IND vs SL: Harshal has to cut on his slower ones; Rajkumar Sharma

Ind vs SL: Virat Kohli’s childhood coach Rajkumar Sharma feels that Harshal was far too predictable with his slower ones at the death. Sharma said Patel needs to vary his deliveries in order to remain effective. Sharma admitted on the “Khelneeti” podcast that Harshal needs to be less predictable. Get more Bet365 betting tips and guides from the experts.

Harshal gave away 41 runs at the death in the 2nd T20I against Sri Lanka. Visiting skipper Dasun Shanaka was easily lining up Patel’s slower balls and smashing out of the park.

“Harshal is using too many slower ones. Jaydev Unadkat was also doing the same, which made him predictable because of which batters were able to read him nicely and counter him effectively,”

“Harshal needs to mix it up. He bowls the slower one really well. But every team does video analysis and, unless the bowlers continue to evolve, they will find themselves in trouble,”

Sharma added that Harshal is a good death bowler and delivers his slower balls with a lot of confidence. Sharma hopes that Patel continues to evolve because he will be a really good asset for Team India going forward.

See how Bumrah mixes things up at the death, Says Sharma

Sharma said death bowling has always been an area of concern for team India. The former India batter said that India will have to improve and learn very quickly. He further said that Team India have tried and tested a few youngsters and they need to get better at their planning. He suggested the youngsters can take an example from Jasprit Bumrah on how to bowl at the death.

“India will have to improve very quickly and learn. We have tried a few youngsters recently who need to get better with their planning. They can take the example of Bumrah and how he mixes things up.

Despite their bowling woes, India thrashed Sri Lanka 3-0, with Shreyas Iyer scoring unbeaten fifties in all three games. The focus will now shift to Mohali where Team India is slated to play the 1st Test match vs Sri Lanka. The Mohali Test will also mark the 100th Test for Virat Kohli. Read reviews about Mobile Bet365 here and learn how online betting works.