Home » News » IND VS SL: Lucknow to Host First Match of India vs Sri Lanka T20 Series but Without Crowd

IND VS SL: Lucknow to Host First Match of India vs Sri Lanka T20 Series but Without Crowd 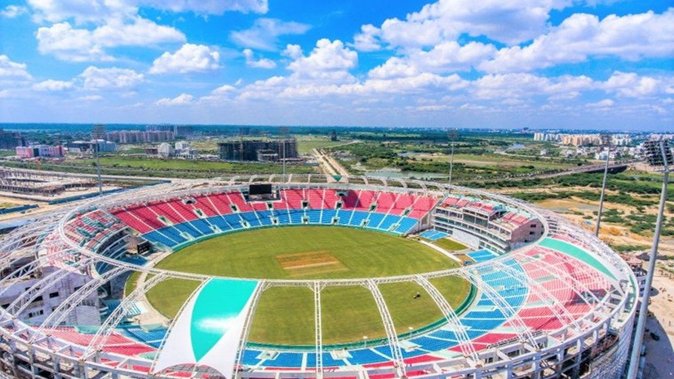 IND VS SL: Due to requests by Sri Lanka Cricket (SLC), the schedule for the next bilateral series between India and Sri Lanka is now in alter. According to reports, the T20Is will take place first, followed by the Test series, contrary to the previously decided order.

The three Twenty20 Internationals were scheduled for March 13, 15, and 18 at Mohali, Dharamshala, and Lucknow, previously. But now the T20 series is about to take place in the last week of February. The first T20I match between India and Sri Lanka will now take place in Lucknow without the crowd.

SLC has requested that the BCCI make alterations to the schedule in order to enable a smooth bubble-to-bubble movement of its T20I players returning from another T20I series against Australia, according to reports. The first Test match was earlier supposed to be held in Bengaluru’s M Chinnaswamy Stadium, followed by the second Test at Mohali’s IS Bindra Stadium.

In addition, the Bengaluru Test of India’s Test series against Sri Lanka would be a pink-ball encounter, the third for India in home after the ones against Bangladesh at Eden Gardens in 2019 and England in Ahmedabad on February 2021. “Yes, the pink-ball Test will be happening in Bengaluru. We are deciding on all the venues for the Sri Lanka series, and it will be out shortly.”

The two boards are presently negotiating the new schedule’s dates, and an announcement will be out soon. Virat Kohli, who was meant to play his 100th Test match in Bengaluru, may now play it in Mohali as a result of the alterations.
Looking for best cricket betting tips? Read more here.

IND VS SL: India’s Next Captain

The speculation around India’s future Test captain has only grown after Virat Kohli announced his decision to stand down following the team’s 2-1 loss to hosts South Africa. It is now a challenge for the BCCI to address this issue before the series against Sri Lanka. Rohit Sharma may be a potential choice as the Test captain for the board as the reports suggest. He now has the white-ball captaincy recently as well.

Indian cricket has been always patient with Rohit Sharma and he never disappointed. He also brings in experience to the side. Sharma’s track record has also been excellent as well.

But in Rohit’s absence, KL Rahul led the ODI team in the South African ODI series. This indicates that the BCCI is also considering Rahul as an option for the position of captain. The BCCI may also look to other young players such as Rishabh Pant or Shreyas Iyer for the position. Both Pant and Iyer have the backing of experts and former players to take on the responsibility of captaincy. Here are top betting apps in india that are legit.