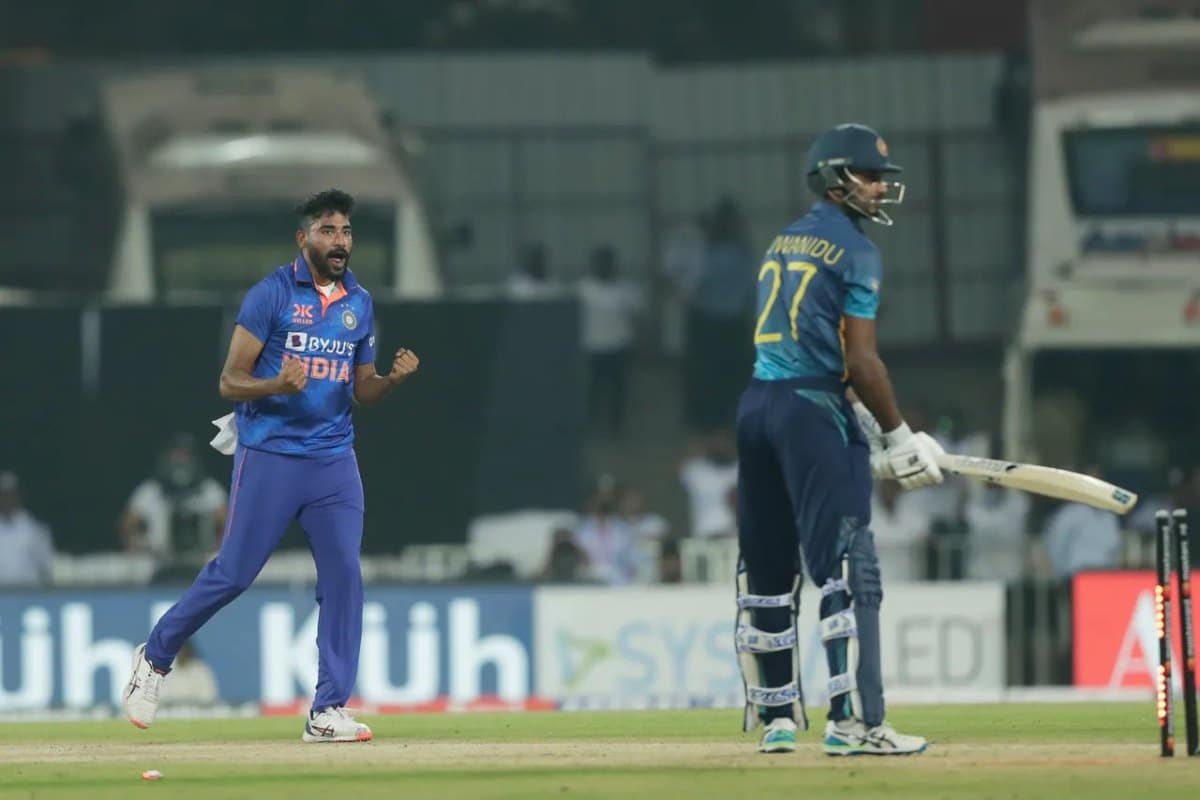 IND vs SL: Former India cricketer Mohammad Kaif believes Mohammed Siraj’s form has been Team India’s biggest gain from their 3-0 win over Sri Lanka in the ODI series. The pacer has picked up nine wickets in the series, which also included a stunning 4/32 in the final ODI at Thiruvananthapuram as well.

The Indian team have struggled to pick wickets in the powerplay in the past, especially in the absence of their key pace bowler Jasprit Bumrah. However, Siraj was simply outstanding with regular strikes in the first 10 overs to put the opposition under pressure as well. While speaking to Star Sports, Mohammad Kaif opined on Mohammed Siraj’s performance against Sri Lanka. He said:

“The biggest positive has been Mohammed Siraj. Wanting to win the World Cup in India in flat conditions, I think Mohammed Siraj has done so well.”If you see the last couple of matches, he’s been bowling really well, getting the breakthrough with the new ball. He has got wickets even when he comes in to bowl towards the end.”

IND vs SL: “I think we need to improve on our death bowling” – Mohammad Kaif

However, Team India have been brilliant in the powerplay and also in the middle overs in the recent bilateral series against Sri Lanka. And, Mohammad Kaif believes they need to work on their death bowling before the ODI World Cup later this year as well. The former cricketer also highlighted how Dasun Shanaka smashed the bowlers all around the park in the first ODI and scored a century for a losing cause. Kaif added:

“They have Axar Patel and Kuldeep Yadav who can take wickets in the middle overs. They have Umran Malik who can get wickets in the middle overs. But in the first ODI we saw that in the last 13 overs, there was no wicket taken by the Indian bowlers. Shanaka scored 100 in that game, although Sri Lanka had lost the game but I think we need to improve on our death bowling. That’s where we are missing Bumrah very much because he is a genuine match winner, a wicket-taker.”

However, Team India will be hopeful of Bumrah’s presence as soon as possible. Until then, their other bowlers need to check the run-flow in the death overs in their upcoming series against New Zealand as well.