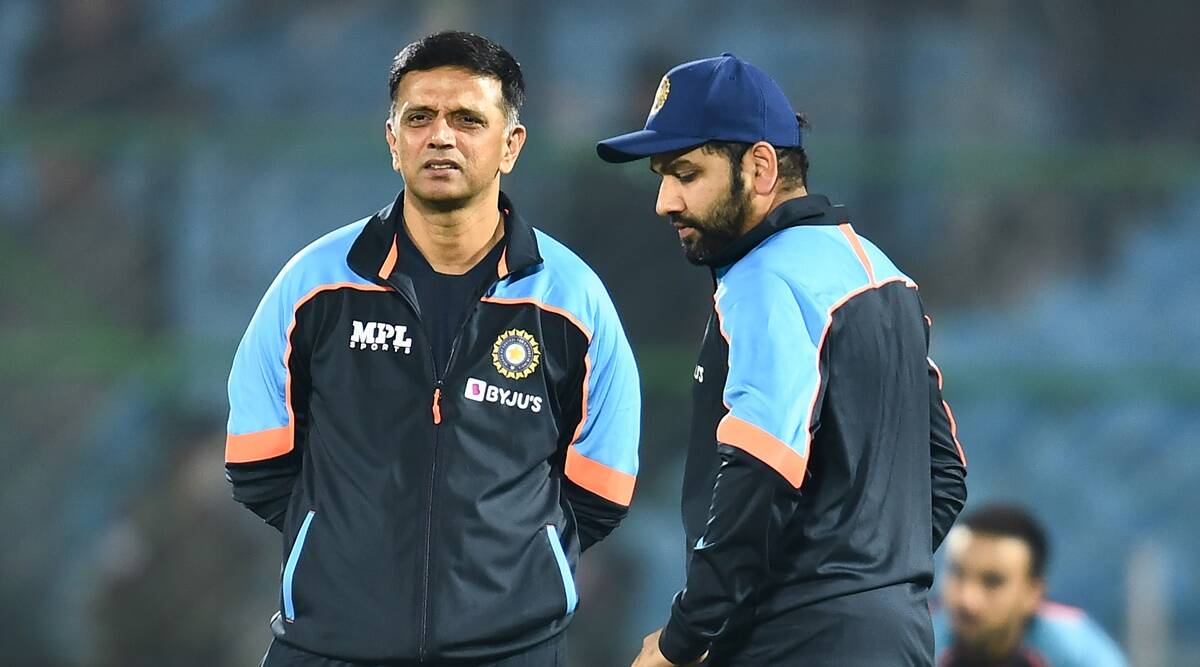 IND VS SL: While the rest of the Indian cricket squad, including other support staff members, would depart for Thiruvananthapuram later in the day for the third and final ODI against Sri Lanka, former India captain and current head coach Rahul Dravid left for Bengaluru early on Friday morning. Due to health concerns, Dravid took an early morning flight from Kolkata to Bengaluru. He reportedly complained of blood pressure problems during the second ODI on Thursday. And the Cricket Association of Bengal’s medical staff checked him out.

Dravid is in perfect condition and is anticipated to meet the team in Thiruvananthapuram on Saturday before the game on Sunday. So there is no need to be concerned about his well-being. Social media users shared pictures of Dravid boarding the plane with Bengaluru as appearing healthy. The head coach of India, who turned 50 on January 11, has traveled to Bengaluru to meet with his physician. And undergo some preventative testing.

India has performed admirably thus far in the series against Sri Lanka. The hosts have a commanding 2-0 lead in the three-match ODI series after winning the T20Is 2-1. The Rohit Sharma-led team won convincingly by 67 runs in the first game of the series in Guwahati thanks to some outstanding batting displays from Rohit, Shubman Gill, and Virat Kohli.

Their bowlers took center stage in the second ODI in Kolkata. On his return to the 50-over format of cricket, left-arm wrist spinner Kuldeep Yadav, who replaced leg-spinner Yuzvendra Chahal, who was out with an injury, destroyed the Sri Lankan batting order by taking three important wickets, including that of skipper Dasun Shanka. India bowled Sri Lanka out for 215 on a calm batting surface, with Mohammed Shami, Umran Malik, and Mohammed Siraj also getting wickets.

After Rohit Sharma, Shubman Gill, and Virat Kohli left the field early in the run chase, the hosts did have some early setbacks, but Shreyas Iyer (28), Hardik Pandya (36) and KL Rahul stabilized the innings. With four wickets in hand and a score of 64, Rahul led India home in the 43rd over. Dravid visited the doctor and was given the medication Telma, which helped him feel better.

The Men in Blue are ready to take on the opposition with the goal of winning today’s game and clinching the ODI series against Sri Lanka. Dravid’s condition, however, significantly deteriorated as the team was ready to take the field. The India head coach had been seen by doctors right away, and it was discovered that his blood pressure had fluctuated.

Rahul Dravid then climbed down and entered the dressing room for the Indian team. The third ODI between the Men in Blue will take place in Thiruvananthapuram. The team will have today off because their next game is on Sunday. India currently has a 2-0 series advantage against Sri Lanka and will now try to complete the sweep.