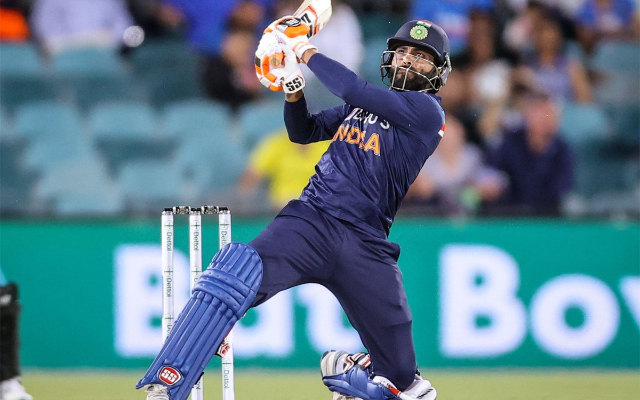 IND vs SL: Newly appointed skipper Rohit Sharma talks about the reasons why Jadeja came to bat at up order. In the first match against Sri Lanka, we witnessed Ravi Jadeja come at no.4 after Shreyas Iyer. Usually, we used to watch him come at down order. But this time he came earlier and Rohit Sharma explained very well about his batting position up-gradation. For more latest Cricket Predictions for the 2022 Season, read more here on our site.

India went up against Sri Lanka in the first T20I match in Lucknow stadium on Thursday. And team India swipes up the opponent with a dominating nature. Ravindra Jadeja made his become back in Team India after suffering from long injury concerns. As the explosive inning of Ishan Kishan ended we saw Jadeja at no.4 position. He only manages to score three runs in four balls.

“Very happy with Jadeja’s return. We want more from him that is why we asked him to bat higher. You will see that happening more and more in the games that he plays for India. I want him to bat up the order more,”

Sharma added that Jadeja has improved his batting very well. And it very certain thing because we observe that in last few years Jadeja is giving his contribution is batting department very well. In test matches, he also played some vital innings in the last few series.

Sharma also said that along with management he has clarity about what they want to achieve from Ravindra Jadeja in the white ball contest. So they will try and promote him in up order more often from now. Get here more legal Cricket Betting Apps for IOS and Android. Learn more about how bettings work online.

Sharma also talked about batting on big grounds. As the upcoming T20 world cup will be in Australia, the batters must readily play on big grounds like MCG. He said that he loves to perform on big grounds. Because that is when a batter will be tested as a batter. Their players got to use a bit of batsmanship as well, he added. India also had a few dropped catches in the field. About this skipper said he wants to improve the team’s fielding as well because as it says ‘catch miss-match miss’.

“It’s consistently happening. We are dropping easy catches. Our fielding coach has some work to do. Come Australia, we want to be a great fielding side,”

Ishan Kishan was struggling against West Indies bowlers but last night Kishan was just inflow. He hammered Lankan bowlers. Kishan scores 89 in 56 balls with a 158 striking rate. He was in fine form and showing some great strokeplay.

Sharma is playing along with Kishan for a very long time as they both serve Mumbai Indians. Sharma said that he knows Kishan’s mindset and ability. And Rohit added that Kishan showed his natural game last night.

“It was so pleasing to watch from the other end. The way he constructed the innings was so good, that is usually a challenge for him.”

Find here more Cricket Betting Tips for free and learn them from the betting experts.