Home » News » IND vs SL: The Rise of Ravindra Jadeja Who Was Once Called a ‘Bits and Pieces All-Rounder’

IND vs SL: The Rise of Ravindra Jadeja Who Was Once Called a ‘Bits and Pieces All-Rounder’ 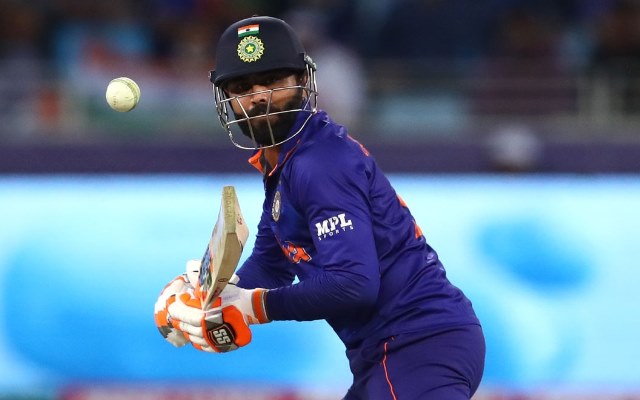 IND vs SL: Ahead of the T20I series vs West Indies, Rohit Sharma said that he spoke to every player and told them what the team is expecting out of them. It is worth noting that India is going through a transition phase after Virat Kohli stepped down as Team India’s captain in all formats. Rohit said he doesn’t need to change drastically but the players need role clarity ahead of the T20 World Cup.

Promoting Ravindra Jadeja up the order in the 1st T20I vs Sri Lanka was part of the same strategy. India’s premier all-rounder, Jadeja was back in the white ball set up after a long injury layoff. He batted at number 4 as India put a big total of 199/2 on board. The hosts eventually trounced the Islanders by 62 runs. Find here more best Cricket Betting Tips from the experts.

When asked about Jadeja’s promotion in the batting order, captain Rohit Sharma hinted that it might happen more often in the future and backed the all-rounder’s abilities. He further said that Jadeja has improved as a batter significantly and they want more from him.

“Very happy with Jadeja’s return. We want more from him that is why we asked him to bat higher. You will see that happening more and more in the games that he plays for India. I want him to bat up the order more,”

“He is a very improved batter, so we will try and see if we can promote him going forward. We are very clear with what we want to achieve with him in white ball cricket,”

IND vs SL: Rise of Ravindra Jadeja the Batsman

There was a time when cricketer-turned-commentator Sanjay Manjrekar referred to Ravindra Jadeja as a “bits and pieces all-rounder.” After the remark, Jadeja literally lost his cool and blasted the former batsman, accusing him of spreading verbal diarrhoea.’ In the early part of his career, Jadeja played more like a bowling all-rounder. His batting was all over the place. However, things started to change after 2015.

Jadeja is not that reckless kid anymore who will throw away his wicket. His white-ball game has always been top-notch but his revival in the longest format of the game was very heartwarming. Ravindra Jadeja’s batting abilities and techniques have always been exceptional, but it was a matter of his temperament and to hang in there when the situation is tough.

Jadeja’s recent performances in the longest format speak the volume. Flashback to the 2021 boxing day Test down under. Jadeja stood firm alongside captain Ajinkya Rahane, stitching a crucial 104-run partnership for the sixth wicket to extend his team’s lead to 82. Eventually, India went to win the Melbourne Test and the rest is history. Here are some Cricket Predictions for the 2022 Season.

Jadeja the star all-rounder for CSK

Even in the IPL, MS Dhoni has promoted him in the last two seasons and he provided good dividends. Who can forget the carnage against Royal Challengers Bangalore in IPL 2021?. Jadeja came in at No. 5 and scored an electrifying 62* off just 28 balls.

With the score at 154 for 4 after 19 overs, Jadeja heaved Harshal Patel, that season’s highest wicket-taker, for four merciless sixes on the leg side. Jadeja kept smashing slower balls, cutters, and attempted yorkers towards the deep midwicket boundary to take the over’s tally to 37. He topped it with the wickets of Glenn Maxwell and AB De Villiers.

Performance of Jadeja in IPL for CSK

If Jadeja can provide that power-hitting ability for team India, it will be a blessing in disguise down under. If there is a top-order collapse, Jadeja can anchor the innings and provide the late flourish as well.

Jadeja faced only four balls in the 1st T20I vs Sri Lanka. But as Rohit said he will be promoted more often in the upcoming two games. If the experiment with Jadeja clicks, India will have batting firepower to reckon, come to the T20 World Cup in Australia. Get the latest and legal betting Apps for IOS and Android here.