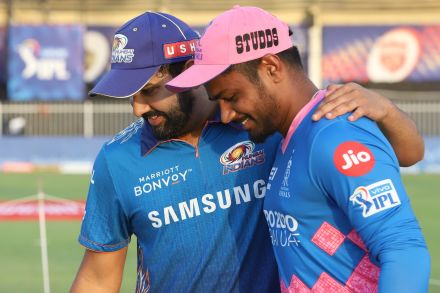 IND vs SL: The three-match T20I series between India and Sri Lanka will commence tomorrow in Lucknow. While Virat Kohli and Rishabh Pant are rested, Deepak Chahar and Suryakumar Yadav are injured and will miss the series. The Rohit Sharma-led side is continuously fine-tuning their team strength as they approach the T20 World Cup 2022. Here’s today’s IPL Match Prediction for the 2022 Seasons.

The hosts are likely to have an upper hand against Sri Lanka. Losing just one T20I series against Sri Lanka, India has won 14 out of 22 matches (one no-result). More than winning the series, India would look to try out the unestablished players. While Ruturaj Gaikwad, Ishan Kishan, Sanju Samson, Avesh Khan, and Mohammed Siraj would look to stamp their authority, the likes of Venkatesh Iyer, Ravi Bishnoi, and Harhsal Patel would want to their places.

Get some legit Online Betting Apps for IOS and Android here.

Apart from Ishan Kishan, Sanju Samson is the other wicketkeeper-batsman in the Indian squad. However, both are likely to play all three matches. While Kishan will bat in the top-three, Sanju is likely to bat in the middle-order. In the pre-series press conference, the Indian skipper Rohit Sharma praised Samson’s talent and elegance. He said,

That guy has got talent. Whenever we have seen him bat, he has produced an innings where everyone goes over the moon watching that.

However, Rohit also added that Samson also needs to perform well and justify his skills with his batting returns. The Indian captain said that the team management is aware of his potential and they will back the 27-years old batsman to come good.

He has got the skill-set to succeed. Now that is the whole point about this sport, a lot of people have skill-set, have talent, but it is how you utilise them is the most critical part and I think, it is up to Sanju to understand how he wants to utilise the talent and how he can maximise it.

Talking about Samson’s batting abilities, Rohit pointed out the former’s back-foot game and his excellent strokeplay.

His back-foot play is superb, some of the shots you must have seen during the IPL, the pick-up pull, the cut shots, standing and delivering over bowler’s head. Those kinds of shots are not easy to play and I believe when we go to Australia, you need those kinds of shot-making abilities and Samson does have it in him.

Samson, when in full flow, is indeed quite soothing to watch. The right-handed batsman is a terrific timer of the ball and he makes batting look quite easy. He has performed well in the last three IPL seasons. Averaging 34 in the IPL since 2019, Samson maintained a strike rate of around 147 with sixteen 30+ scores including five fifties and two tons in 40 innings.

Samson’s extraordinary capability is to hit sixes, and he is quite ahead of many Indian batsmen in this aspect. He is the second leading six-hitter (43 sixes) in the previous two IPL seasons, only behind KL Rahul. Sanju can pick the length early is a classy player of fast-bowling. He doesn’t lose his shape while attempting big shots and has a stable base.

Along with the classical strokeplay in his repertoire, Samson can hit the ball in most of the areas of the ground and can do a fair bit of power-hitting as well. He can be trusted to clear the ropes in the big Australian grounds and keep up the tempo.

There isn’t a lot of time in the upcoming World Cup and India would hope that he settles in the side quickly. If India complements him with a good spin-hitter, Samson will be a valuable addition to the national team and boost the middle-order. Looking for a Cricket Betting Sites list? Read more here on our site.