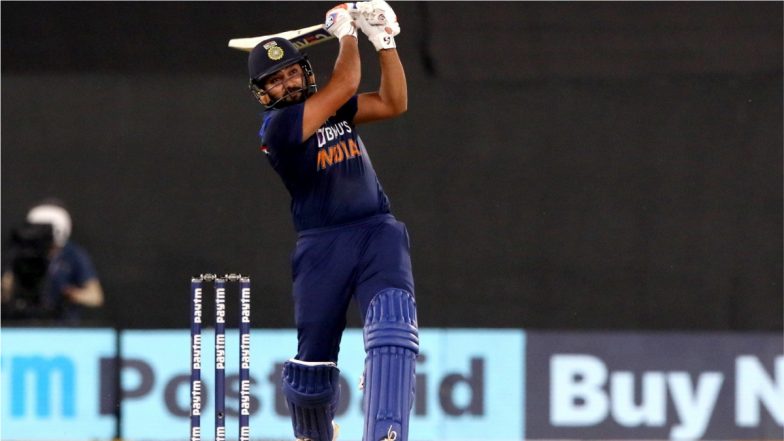 IND vs SL: On Tuesday playing against Sri Lanka Rohit Sharma suppressed Virat Kohli and Martin Guptil as the highest T20Is run-scorer. He is now holding 3,307 runs in T20I suppressing Martin Guptil’s 3,299 and Virat Kohli’s 3,296 runs. During the first T20I match against Sri Lanka, Rohit Sharma made this record with his 44 runs innings. He has scored 3,307 runs including four tons in 123 T20 international matches since his debut in 2007. Find here some Cricket Prediction for the 2022 Season.

Team India won their consecutive wins in the shorter format of this game. And it was the 8th continued win for new captain Rohit Sharma. The men in blue got a dominated win against Sri Lanka. And earned a 1-0 lead in the T20I series against them. India beat Sri Lanka by 62 runs and it was a mediocre performance from Lankan tigers.

Rewriting the history Rohit Sharma became the highest T20I run-scorer on Tuesday’s match against Sri Lanka. Surrounded by much controversy right now but still, Team India’s performance in bilateral series is not declined by any means. India first thrashed West Indies with whitewash in ODIs and T20Is and now it could be Sri Lanka next in the line.

BCCI has appointed Rohit Sharma first as team India’s white-ball format. After South Africa tours wrap up Kohli stepped down from the test captaincy. So in the end Rohit Sharma has now become team India’s all formats captain. He was very fine from against West Indies. With 44 runs knock Sharma suppressed Guptil’s run mark and got the 3,307 milestones. He is now holding the highest run scored record in T20 international.

In their T20I career, Rohit Sharma had played 123 matches with an average of 33.07. He had 4 centuries in 3,307 runs milestone with a strike rate of 139. In the list of the highest scorers, there are names of Virat, Guptil, Finch.

But the most exciting thing is that Paul Starling is also there as he has scored 2,776 runs. Being from an associate nation’s player and having his name in this list is very good thins to know. In this list former team, India’s captains have the highest average than any other. He has an average of 51.5 with a 137 striking rate. Kiwi star performer Martin Guptil is behind Rohit Sharma with a few bits of runs. He has 3,299 runs in 112 matches. Martin Guptil has smashed 2 centuries in his T20I career having an average of 32. Looking for legit Betting Apps for IOS and Android.