Home » News » IND vs SL: Rohit Sharma Rewrites Some Records in Record Book and Review of Stats After 2nd T20I

IND vs SL: Rohit Sharma Rewrites Some Records in Record Book and Review of Stats After 2nd T20I 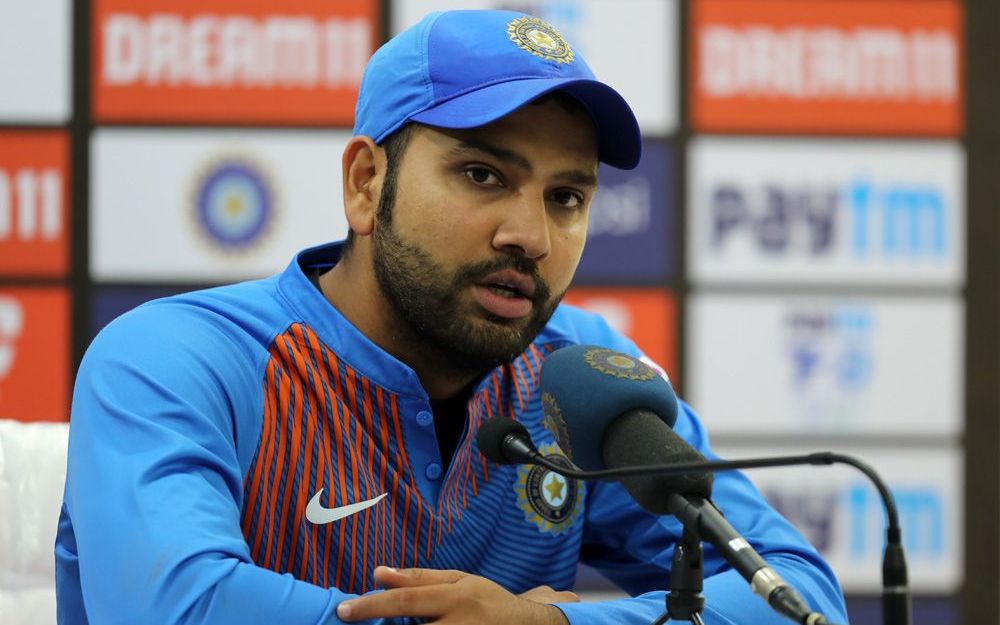 IND vs SL: Another Paytm trophy goes to Team India’s dugout. Last the another again India smashed the Lankan tiger with a clean sweep. And it’s an eighth consecutive win for Team India. Again Team India has secured their place in the no.1 position of ICC T20I teams ranking. Their current series is going against Sri Lanka. It’s a three T20I and two Test match series where India has already won the T20I series with 2-0. Although in the second match we saw some effort from Lankans but still team blue managed to win.

For today’s betting tips, read more here and learn from the experts.

After a comfortable win in the first match, skipper Rohit Sharma chose to field first in the second match. Sharma won the toss and asked the Sri Lankans to start the inning with the bat. In the first part of the inning, they played decently but didn’t manage to score much. As Indian bowling attack seemed very heavy against Sri Lankan batters. But in the end, Lankan tigers emerged terrifically and set a target of 184. Settled Nissanka shared a quality 58-run partnership with skipper Dasun Shanaka in just 20 balls.

In reply, India came to chase and lost their captain very early. Rohit Sharma didn’t score much as if he got out in the very first over. Ishan Kishan also didn’t showcase his touring shots as he showed in the first game. But one thing again repeats and that is Shreyas Iyer’s explosive inning. He gave a brilliant 74 runs not out an inning in just 44 balls.

Although Sanju Samson had not played attacking shots in earl but at the end, he also explodes. Just after a catch drop, he smashed 23 runs in one over. Ravindra Jadeja also helped Shreyas Iyer to build his innings and Team India stole the match in front of Lankan’s eye. Sri Lanka’s bowlers seemed in momentum initially but lost it at the end.

Get the latest and legal online betting Apps for IOS and Android here.

IND vs SL: Pathum Nissanka scored the highest individual runs by any opener of Sri Lanka. He scores 74 runs which is now a record in Sri Lankan cricket. Before him, Tillakaratne Dilshan had this record with 61 runs. Pathum Nissanka also has now 5 fifty plush innings which highest by any Sri Lankan since 2021.

Charith Asalanka is along with him with his three-fifty plush innings. Although Sri Lanka started their bating with a slow run rate but in end, they scored 72 runs in death overs. It is the highest death over the total for Sri Lanka in T20Is. With this they set a 184 runs giant target which is the total against India from them since 2009.

Dushmantha Chameera has also made a record with getting Rohit’s 5th-time wicket. Tim Southee is in next with four times dismissing Rohit Sharma. Rohit averages just 6.4 against Chameera in the T20I format.

Now from Team India’s point of view, it was their consecutive 10th-time win at home. India has now claimed their win since the last four T20I series against Sri Lanka at home. This is now India’s 11th consecutive win in T20Is format. Now only Afghanistan is ahead of India with 12 wins in a row. Shreyas Iyer smashed two unbeaten more than fifty plush runs in straight.

Rohit Sharma has now taken 50 catches in this format. He is sharing this place with former legendry wicket-keeper MS Dhoni. Another record in Rohit’s book is this was his 16th home win as captain. This is the highest number for any captain. Eoin Morgan and Kane Williamson are behind him with 15 wins each.