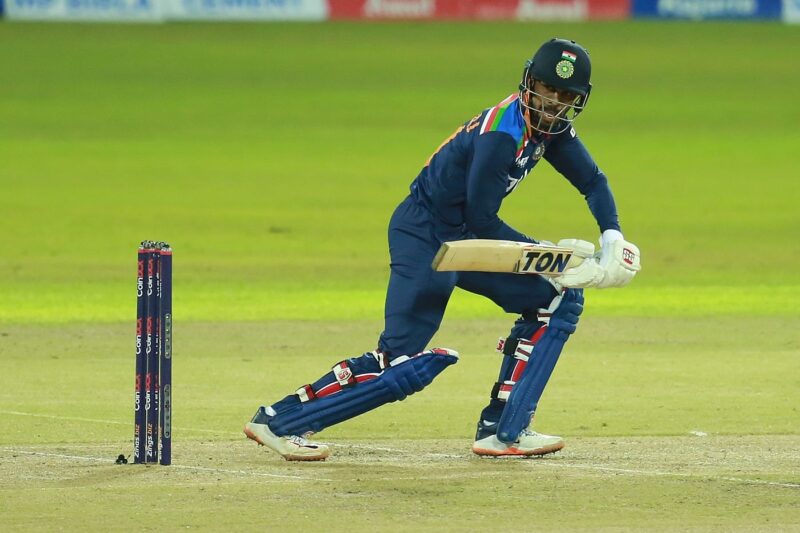 Ind vs SL: Team India suffered another huge blow as opening batsman Ruturaj Gaikwad has been ruled out of the Sri Lanka T20I series due to a wrist injury. The news comes just hours before the start of the second T20I in Dharamshala. Gaikwad also missed the first T20I in Lucknow.

During the toss for the first T20I, skipper Rohit Sharma said that Ruturaj was supposed to be in the playing XI but had to miss out. He was also seen practicing in nets before walking out due to a wrist injury.

According to Cricbuzz, the wrist injury has kept him out of the last two T20Is. Mayank Agarwal has taken his place, the report added.

“Ruturaj Gaikwad complained of pain in his right wrist, which is affecting his batting. He was unavailable for selection for the first T20I. The BCCI Medical Team is examining him,”

The update also signals the end of Ruturaj’s 2021/22 season. The right-handed batsman played on the Sri Lanka tour last year but has yet to earn an ODI cap. The 25-year-old, who has been in superb domestic form, played in the third T20I against the West Indies but was dismissed for four runs.

Agarwal was flown to Dharamsala because he was available to join the squad on short notice. The 31-year-old was one of the Test players who was quarantined in Chandigarh. The cricketer was also named to the one-day squad for the West Indies series earlier this month after Shikhar Dhawan, Shreyas Iyer, and Gaikwad tested positive for COVID-19.

“It was not difficult to send Agarwal in because it could easily a bubble-to-bubble transfer. He was in Chandigarh and he was immediately rushed,”

said a BCCI source to Cricbuzz

Mayank, an uncapped T20I player, is unlikely to make the playing XI after Kishan performed admirably in the first T20I. However, he is a confirmed Test selection and will open the innings with Rohit.

In positive news, R Ashwin is expected to be fit for the first Test of the SL series, according to another update. The BCCI had stated that the senior spinner would only play the series if he was physically fit. He has not played since the ODI series against South Africa.

The graceful Maharashtra batter is the most recent addition to Team India’s growing injury list. Earlier, pacer Deepak Chahar and middle-order batter Suryakumar Yadav were ruled out of the T20I series against Sri Lanka.

India lead the three-match series against Sri Lanka 1-0. They won the first T20I by 62 runs, courtesy of Ishan Kishan’s 89 off 56 balls and Shreyas Iyer’s unbeaten 57 off 28 balls.