IND vs SL: Sachin Tendulkar, Rahul Dravid, Sourav Ganguly, and Others Share Heartfelt Message for Virat Kohli Ahead of His 100th Test 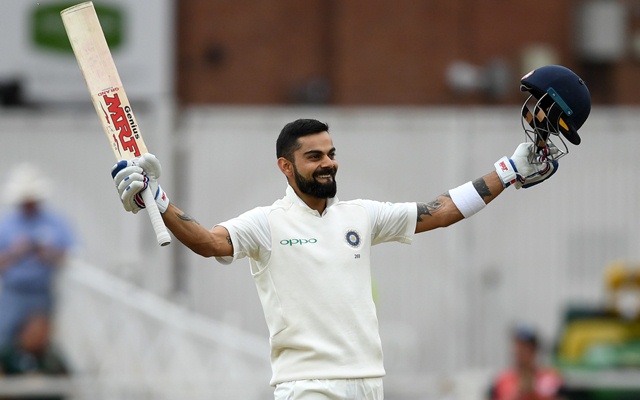 IND vs SL: Virat Kohli is all set to join the legendary club as he will take the field in the first Test of the two-match series against Sri Lanka in Mohali. The former Indian captain will become only the 12th Indian player to feature in a remarkable 100 Test matches. Looking for more Cricket session tips for free and Match Predictions for the 2022 Season? Read more here on our site.

Kohli has been the flagbearer for Test cricket in the modern era. It was after India’s tour of South Africa that he decided to hand his boots as a captain in the longest format. Under his leadership from 2014 to 2022, India established itself as a dominating force.

As Virat Kohli is all set to play his 100th Test match, the Board of Control for Cricket in India (BCCI) splashed a special video on their official Twitter handle. In the 1:14 minute video, Indian greats including Sachin Tendulkar, Sourav Ganguly, Rahul Dravid, and Virender Sehwag can be seen giving special wishes to the modern-day great.

The only cricketer to play a whopping 200 Test matches, Sachin Tendulkar started the video message by recalling his first impression of the former Indian captain. Tendulkar also reminisced the times he spent with Kohli while playing for India.

“I remember the first time I heard about you was when we were in Australia in 2007 (2008),” said Tendulkar in a video posted on the website of the Board of Control for Cricket in India (BCCI). You guys were playing the U19 World Cup in Malaysia. That is when there were certain players in the team who were discussing you. ‘This is one player to watch out for. Achhi batting kar raha hai (He is batting well)’.

“You have been a terrific role model as far as fitness is concerned obviously. But your real strength is that you have been able to motivate the next generation. That is your immense contribution to Indian cricket. It has been fantastic to watch you over the years. Congratulations on your 100th Test appearance for India, what a terrific achievement. I wish you many more happy cricketing years. Go out and do well,”

said Tendulkar in the video

Former Indian skipper and current head coach Rahul Dravid also heaped praises on Virat for reaching the milestone. Dravid also revealed that he was on the other side when Virat made his debut in Test cricket. The head coach admitted that Virat’s growth is inspirational. The veteran also acknowledged the batter’s contribution as a captain.

“It is not easy to play 100 Test matches. Test cricket is not easy. It is something Virat Kohli can be proud of. When he played his first Test match I was batting alongside him. It has been incredible to see how he has grown over the last 10 years or so. The way he has grown as a cricketer and a person. He has carried this team for a long time. He has always delivered, averages over 50 in 100 Test matches. ”

Further in the video, Sourav Ganguly and Virender Sehwag also applauded the Delhi-born for reaching the milestones. The two extended their wishes to the cricketer and hoped that he will reach greater heights in his career. Notably, Sehwag was the first player from Delhi to join the 100-Test club in Indian cricket. Here are more Cricket tips for the 2022 Season.