Home » News » IND vs SL: “Ganguly Assured That I won’t Be Overlooked, Dravid Suggested I Should Retire,” Saha

IND vs SL: “Ganguly Assured That I won’t Be Overlooked, Dravid Suggested I Should Retire,” Saha 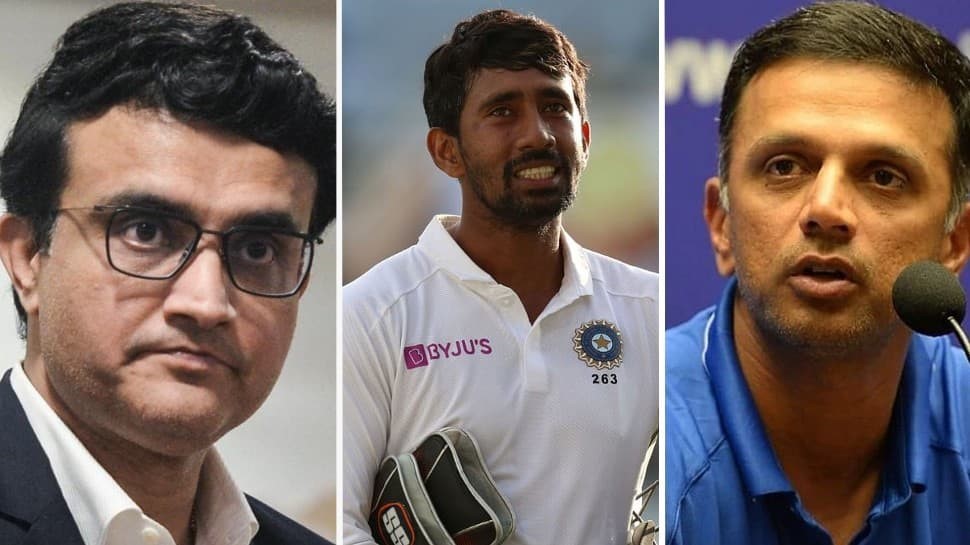 IND vs SL: Team India wicket-keeper Wriddhiman Saha breaks his silence after being dropped for Sri Lanka Tests. After being dropped from the Test team, Saha claimed in interviews with various media outlets that team management, led by head coach Rahul Dravid, told him to consider “retirement”.

Saha opted out of Ranji Trophy 2022-23 citing personal reasons at the last moment. Reports emerged indicating that Saha took the step as was not convinced by the reasoning. It is worth noting that Saha has not been a regular member of the Test squad after the emergence of Rishabh Pant. Saha has, however, performed consistently in the limited opportunities he got.

IND vs SL: “Ganguly said as long as I’m here you would be in the team,” Saha

Saha further revealed BCCI president Sourav Ganguly said that “as long as I’m here (at the helm of the BCCI), you’ll be in the team.”

“After scoring 61 against New Zealand at Kanpur, Dadi (Ganguly) congratulated me over WhatsApp and mentioned, ‘As long as I’m here (helming the BCCI), you would be in the team’. Such a message from the BCCI president really boosted my confidence. What I’m struggling to understand is that how things have changed so fast,”

Saha, who took a painkiller before coming to bat showed great defiance and scored crucial runs to give India a handy lead in the 1st Test vs New Zealand last year.

Saha Tweets Screenshot from a Journalist who tried to threaten him

IND VS SL: Aside from that, the Indian wicketkeeper-batsman shared a screenshot of messages he received from a journalist on Saturday night. The journalist insulted Saha after he refused to give an interview over WhatsApp. Slamming the journalist, Saha wrote that people have forgotten all his contributions to Indian cricket.

Four senior players including Ajinkya Rahane, Cheteshwar Pujara Ishant Sharma, and Saha were dropped from India vs Sri Lanka Test series. KS Bharat has been added to the squad as a replacement for Saha. Bharat had kept wickets for India as Saha’s replacement during the New Zealand series.

Chief selector Chetan Sharma said that he asked all four players to go back and play Ranji Trophy. Sharma further assured that the door is always open for them but they won’t be considered for Sri Lanka Tests.

“We are nobody to close doors for anybody. You score runs, take wickets and play for the country. That’s the most important aspect. I have requested all four of them to go and play Ranji Trophy.”

The 37-year old has indicated that he will not quit. Saha has given clear signs that he will return to the Bengal squad if the team makes the knockout round. Although Sharma suggested that BCCI doesn’t give importance to age, it seems that selectors have moved on from Saha. Saha’s comeback to the Test squad looks doomed presently.