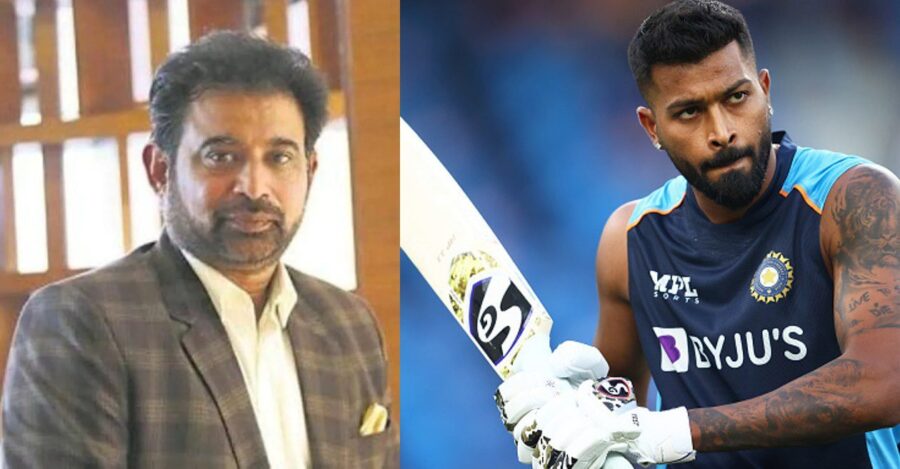 IND vs SL: Chetan Sharma, the BCCI’s chief selector, was enraged when a journalist made a comment during a press conference. The journalist said the selectors will pick Hardik as soon as he is fit. And that his fitness issues remain unresolved. Hardik is not currently playing in the Ranji Trophy, but he will soon lead the Gujarat Titans in the IPL 2022.

Chetan Sharma announced the Test squad for the Sri Lanka series on Saturday. Four senior players – Ajinkya Rahane, Cheteshwar Pujara, Wriddhiman Saha, and Ishant Sharma were snubbed from the Test squad. There were a few new faces as well.

However, one prominent was still missing from the Test squad. He is none other than Hardik Pandya. The India all-rounder last featured in a Test match back in 2018. He has also been in and out of the white ball setup due to injury concerns. Pandya faced flak after he didn’t contribute with the ball in the T20 World Cup.

Sharma in reply to the journalist said, “Look, the most important thing is, like I said before, you can speak to him (Hardik), you would be having his (mobile) number”.

“Number two, you are not a member of the selection committee to tell that whether he will be selected or not. The five selection committee members are there with me. Who gets selected and who does not, that we will decide, not you. But what he has to do, who will play what, let things come, you support a kid, don’t go behind him,”

IND vs SL: Hardik is a important part of Indian team; Sharma

The former Indian pacer claimed the selection committee wanted him to play the Ranji trophy. However, he was a very important part of the Indian team and will be considered whenever he starts bowling.

“Look, definitely Hardik was a very important part of the Indian team. “(But) after the injuries, we will now say that if he is 100 percent fit, ready to go and also if he is bowling and match fitness and all, we will consider him immediately,”

IND VS SL: The selection committee won’t mind Hardik sitting on the sidelines. They now have enough players who can fulfill his role. Shardul Thakur emerged as India’s prime fast-bowling all-rounder in the last twelve months. Deepak Chahar has been performing consistently in the white ball series. And lately, Venkatesh Iyer has also proved that he can be a valuable asset for India in T2OIs.