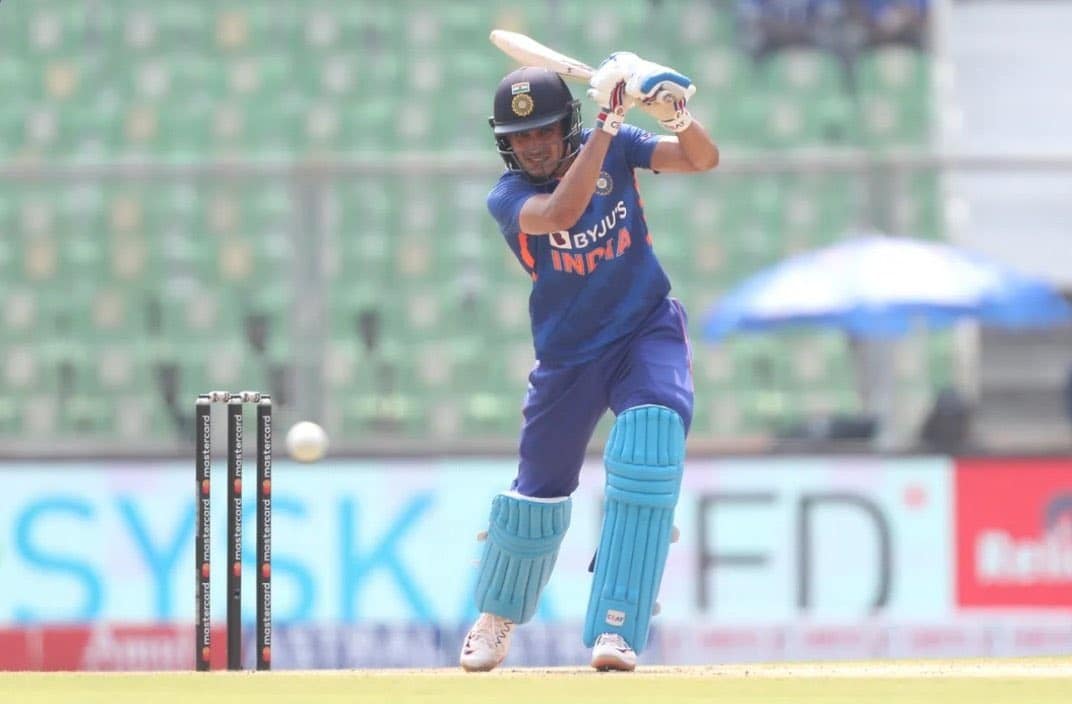 The men in blue are locking horns with Sri Lanka in the final game of the ODI series. India won the toss and decided to bat first with 2 changes. Suryakumar Yadav and Washington Sundar were replacing Hardik Pandya and Umran Malik. After delivering good performances in the first two Ind vs SL ODI, Shubman Gill finally reached a 3-figure score. In only his sixth at-bats at home, he hit a fine hundred. In only 89 balls, Gill reached his century.

In the final game of the series, Shubman Gill played a confident knock while teasing the Sri Lankan attack. Before being dismissed in the 34th over after making 116 off just 97 balls, Shubman Gill had established his dominance at the opening position. Shubman Gill shared 2 big partnerships with Rohit Sharma and Virat Kohli for 95 runs and 131 runs respectively. When Shubman Gill reached his century, Kohli reached his half-century too. The former captain, later on, went on to complete his 46th ODI ton.

Always good when you convert a start to a big one: Shubman Gill

During the mid-innings break, Shubman Gill spoke about his knock. The innings were furthermore special because it was his first one at home. “Felt very good. Always good when you convert a start to a big one. We were not really looking at any target, just tried to see how the wicket plays. When you are batting with someone like Rohit Bhai or Virat Bhai, you don’t have to do much. We were just talking about whom to target and when to target. We didn’t score much in the first few overs, so then we discussed on scoring faster. He (Kohli) is amazing, I remember watching him as a kid and it feels great to share the crease with him today,” he said.

With the help of Shubman Gill and Virat Kohli’s innings, the men in blue gave a mammoth target of 391. Throughout the Ind vs SL series, the hosts have dominated and outplayed the opposition. Captain Rohit Sharma too started well but unfortunately, couldn’t reach half-century. Nonetheless, the series has already been sealed. It has been a complete performance from India in all aspects. India’s next assignment is against New Zealand which will start on Wednesday, 18 January.