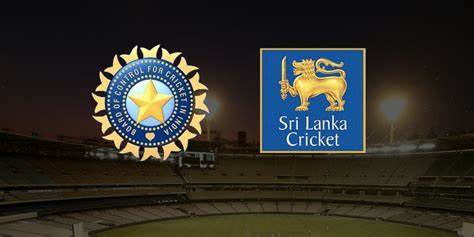 IND vs SL: Sri Lankan cricket board is bringing back 3 Players out of RETIREMENT. Sri Lanka has decided to bring in 3 senior players out of retirement. As their next encounter will be with Team India in the upcoming T20I & Test series. Bhanuka Rajapksa, Angelo Mathews, and Suranga Lakmal returned to the national squad along with Niroshan Dickwella.

Last year India managed to make a second team to play against the Sri Lankan team. The main senior team was in England for test matches. Without canceling the series India had made a second team and given the head coach position to Dravid. Dhawan led the team and team India won the ODIs but unfortunately lose the T20Is in their home.

This time they are coming to India and now they have to face the main senior’s team. Sri Lankan is not going through a good phase they are even struggling against associate nations. So to counter this threat Lankan board has been bringing back their three retired players and the players are:

Ten days after announcing his retirement from international cricket, batter Bhanuka Rajapaksa has made himself available to play for Sri Lanka “for years to come.” Sri Lanka top-order batter Bhanuka Rajapaksa has passed the fitness test and is available for the India Tour. He missed the ongoing T20I series against Australia he after announced his retirement.

Rajapaksa has so far represented Sri Lanka in five ODIs and 18 T20Is, scoring a total of runs 409 across formats which included three fifties. He also participated in the recent T10 league where he played some explosive innings. He was part of Sri Lanka’s T20 World Cup 2021 squad and finished as the third-highest run-scorer for his team with 155 runs from eight matches.

Former Sri Lankan captain Angelo Mathews is once again available for the India tour. The 34-year-old allrounder was not among 18 players who were part of the five-month contract in August last year. He had made himself unavailable for selection during the height of player contracts dispute in May.

Earlier he had said that he needed a break to reconsider his future as a player, going even to the extent of saying that he may even retire. Mathews missed the Sri Lanka tour of Australia due to a hamstring injury that he sustained during the LPL. He can bring a wealth of experience to the team. He has scored over 13,000 runs in international cricket in 388 matches across formats.

Former Sri Lanka captain Suranga Lakmal will retire from all forms of international cricket after the tour of India, where they will play two Tests and three T20Is in February-March. 34 years old Lakmal made his international debut against India in an ODI in 2009 in Nagpur. The right-arm pacer made his Test debut against the West Indies in Colombo in 2010. He earned the first T20I cap in 2011 against England. Lakmal captained Sri Lanka in five Tests in 2018. He famously led Sri Lanka to a 2-0 whitewash of South Africa at home and a series-leveling win against the West Indies in Barbados.

He has so far played 68 Tests, 86 ODIs, and 11 T20Is, taking 168, 109, and eight wickets respectively. Lakmal is the first player from the Hambantota district to represent Sri Lanka. He will be hoping to reach the 300-wicket mark in upcoming clashes against India for SL in his 12 years journey. Meanwhile, Niroshan Dickwella will also mark his comeback after missing out due to a disciplinary breach incident in England. Sri Lanka will play five T20I matches & two Tests in India from February 24 to March 16.