Home » News » Ind vs SL: Star All-Rounder Wanindu Hasaranga Ruled Out of T20Is; Yet to Recover From Covid-19

Ind vs SL: Star All-Rounder Wanindu Hasaranga Ruled Out of T20Is; Yet to Recover From Covid-19 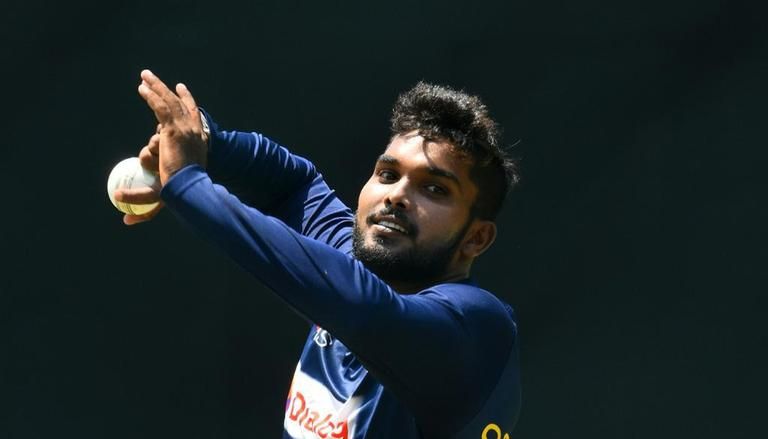 Ind vs SL: Sri Lanka star all-rounder Wanindu Hasaranga has been ruled out of the upcoming T20I series vs India. The world number three T20I bowler, tested positive for covid-19 on February 15, ahead of Sri Lanka’s third T20I vs Australia. He was expected to recover ahead of the T20I series vs India. But he is still in isolation and hasn’t boarded the plane with other Sri Lankan players to India. Here’s today’s Cricket Prediction and more updates for the upcoming match.

While the Sri Lankan team arrived in Lucknow earlier this week for the series opener against India, Hasaranga remained in Australia after failing to return with negative results. On Wednesday, Sri Lankan cricket confirmed that the World No. 4 T20I spinner will remain in isolation in Canberra until he returns with a negative COVID-19 RT-PCR result.

“Wanindu Hasaranga, who was in isolation after contracting Covid-19, has once again, returned a positive result when a Rapid Antigen Test (RAT) was conducted on the player yesterday (22nd February). A PCR test too confirmed the result,”

Wanindu Hasaranga was recently selected by Royal Challengers Bangalore for a whopping Rs 10.75 crore in the IPL 2022 Auction, making him the highest-paid Sri Lankan cricketer in the tournament

Ind vs SL: Our squad is strong despite Hasaranga’s absence, Says Dasun Shanaka

Meanwhile, Sri Lanka skipper Dasun Shanaka has played down Wanindu Hasaranga’s absence. He believes that the visitors have a powerful enough squad to face India.

“The youngsters have been in the system for a while, they have performed in domestic cricket. It has become normal with the Covid situation. All the teams are facing it. Wanindu will be a weakness for us but we know that he will be back soon. Still, our squad is strong enough,”

said Dasun Shanaka on the eve of 1st T20I

However, he urged the top-order to do the bulk of the scoring. The islanders were defeated 4-1 in Australia due to a batting collapse. Except for Pathum Nissanka, who topped the batting charts with 184 runs, none of the other batters stepped up.

Shanaka also stated that Kusal Mendis and Maheesh Theekshana are questionable for the first match on Thursday due to hamstring niggles and are awaiting MRI scan results. Mendis played a match-winning knock to help Sri Lanka win the final T20I, their only win of the series. Meanwhile, mystery spinner Maheesh Theekshana was the star performer with the ball.

He was also the joint-highest wicket-taker in the T20I series against Australia, alongside Chameera, with five wickets at 20.40. Theekshana bowled predominantly in the powerplays and returned with impressive figures. In fact, he bowled 10 out of his 15 overs in the powerplay and kept the Australians at bay.

Sri Lanka will play three Twenty20 Internationals (T20Is) in India on February 24, 26, and 27, with the action shifting to Dharamsala after the first game. They will then play two Tests, the first in Mohali from March 4 to 8, and the second in Bengaluru from March 12 to 16.

Get the best Top betting apps for IOS and Android.