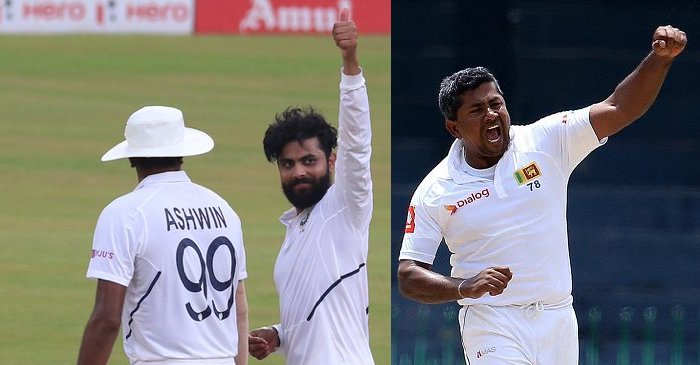 IND vs SL Test Series: After the four white-ball series, India will face a red-ball challenge from the Lankan Lions. Both teams will play two test matches starting on Friday, March 4. This will be the first time Rohit Sharma will lead the side in the whites. The team has performed exceptionally well since Rohit took over the captaincy. The Men in Blue have already won the T20I series 3-0. Can they win the test series as well?

Here are some perfect Cricket betting tips and guides for the 2022 match.

India has played some dominating cricket in test matches in the last few years. That’s the reason they won while playing overseas in different countries. Virat led his team to the top of the Test rankings for 5–6 years. And the main reason for India’s success under Kohli was the lethal bowling attack India has. Indian spinners in India and pacers overseas have performed on a consistent basis. And Sri Lanka also has some good bowlers in their ranks. So let’s check out the top five bowlers with the most wickets in India vs Sri Lanka Test since 2011.

The right-arm fast bowler is an important part of the Indian pacer battery in test cricket. In many matches, he has even outperformed Jaspreet Bumrah. Shami has played five test matches against Sri Lanka in the last decade. The 31-year-old has taken 19 wickets with an innings best figure of 4/100 at Kolkata in 2017. His four wickets in the first innings helped India draw that match after getting all-out for 172 runs in the first innings.

One of the tallest Indian pacers, Ishant Sharma, is next on the list. Ishant has played the role of India’s breakthrough bowler quite effectively. He has played five test matches against Sri Lanka and has 21 wickets to his name. Ishant is not a part of the current squad, but there is still a lot of cricket left in him. The 33-year-old has registered the best figure of 5/55 at Colombo (SSC) in 2015. And his fifer was one of the reasons India won that test.

The veteran leg-spinner is next on the list of the highest wicket-takers in the last decade between the two nations. Herath has played seven test matches against India and has taken 21 wickets overall. He has a best figure of 7/48 in the first test match at Galle in 2015. Herath has been exceptional for Sri Lanka over the years. And his best figure of 7/48 helped Sri Lanka stop India from winning that test, which they won by 63 runs. Get all online betting Apps here for IOS and Android.

Ravindra Jadeja is one of the best-ranked test bowlers in the world. The star all-rounder has always performed for the Indian team, irrespective of the format. And that’s the reason that the team also gave him priority over R Ashwin. Jadeja has played five test matches against Sri Lanka. The left-arm spinner has taken 23 wickets with a best innings figure of 5/152 in 2017 at Colombo (SSC). And it was his fifer that helped India win the match by 53 runs.

In the last decade, Ashwin has arguably been the best spinner in the world. He is almost always among the wickets whenever he gets the ball. Ashwin has played nine test matches against Sri Lanka and has already taken 50 wickets since 2011. The off-spinner has three fingers to his name against the neighbour. Although his best figure of 6/46 came in a losing cause in 2015 at Galle. But he is undoubtedly one of the best spinners India has got in the history of test cricket. Reviews more Mobile Bet365 and learn more about how online betting works.