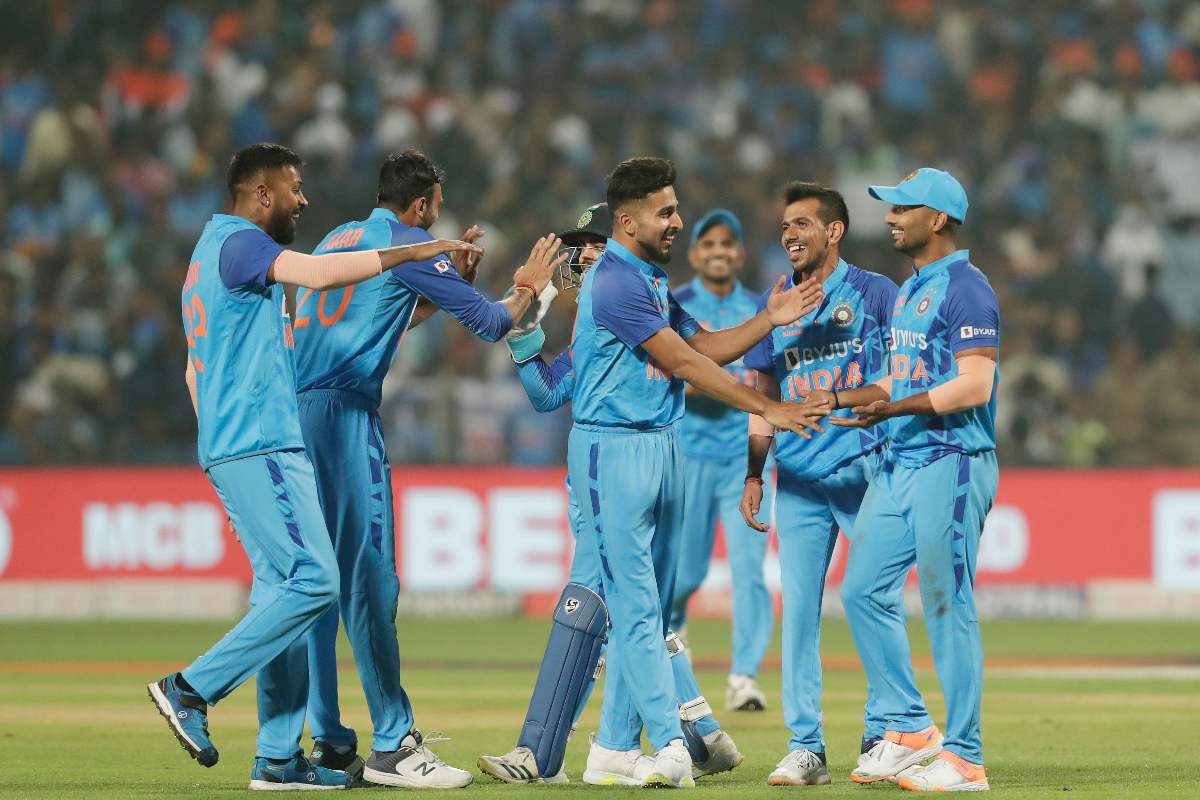 IND vs SL: Team India batting coach Vikram Rathour has shared that the think tank is working hard on improving the batting skills of the lower batting order. While saying that the area is not a concern, he stated that they are definitely looking to get better at it as well. However, the lack of contributions from the lower order has hurt India many times throughout the years. While left-arm spinner Kuldeep Yadav has shown a lot of improvement with his bat, the likes of Mohammed Siraj and Yuzvendra Chahal have not done well so far as well.

However, India haven’t needed their lower order to score a lot in the ongoing series against Sri Lanka, but Rathour added that it’s an area they are constantly working on as well. While speaking at a press conference ahead of the third ODI in Thiruvananthapuram, he added:

“(Batting of Nos. 8 to 11) It’s not a concern, but we would like to get better at it. If we can get more runs from the lower order, it would be great. That’s the area we are looking to improve on. There’s been constant work being done in that area. It’s very simple. They need to bat more in the nets, that’s the thing we keep trying to strive for. We give them a lot of batting whenever the nets are there. The more they bat, the better they will become. That’s the idea. When they go and play for their state or are playing IPL, we encourage them to again keep batting in the nets if they can. That’s what is being told to them here also.”

However, India were 356/5 after 47 overs, while batting first in the opening ODI in Guwahati. However, they managed only 17 runs in the last three overs by losing two wickets. While India’s lower order’s batting remains a matter of debate, spinner Axar Patel’s growth as a batter made headlines as it has helped the team immensely in Ravindra Jadeja’s absence as well. Axar has scored 31, 65, 21, 9, and 21 in the ongoing white-ball series against Sri Lanka as well. While sharing his thoughts on Axar’s improvement with the band, Rathour asserted:

“He’s been batting really well. He’s always been a good player. We always believed that he has lot of potential in his batting, that’s what he’s showing lately, which is great for us. As a team, it gives us lot of options as far as playing all-rounders.“We have three guys who can bat really well. I am sure Jadeja will be back on the scene pretty soon. You have Axar and somebody like Washington Sundar. It’s great to have those options.”