IND vs SL: Virat Kohli and Ishan Kishan Pull Off Funny Dance Move After a Win in 2nd ODI – Watch 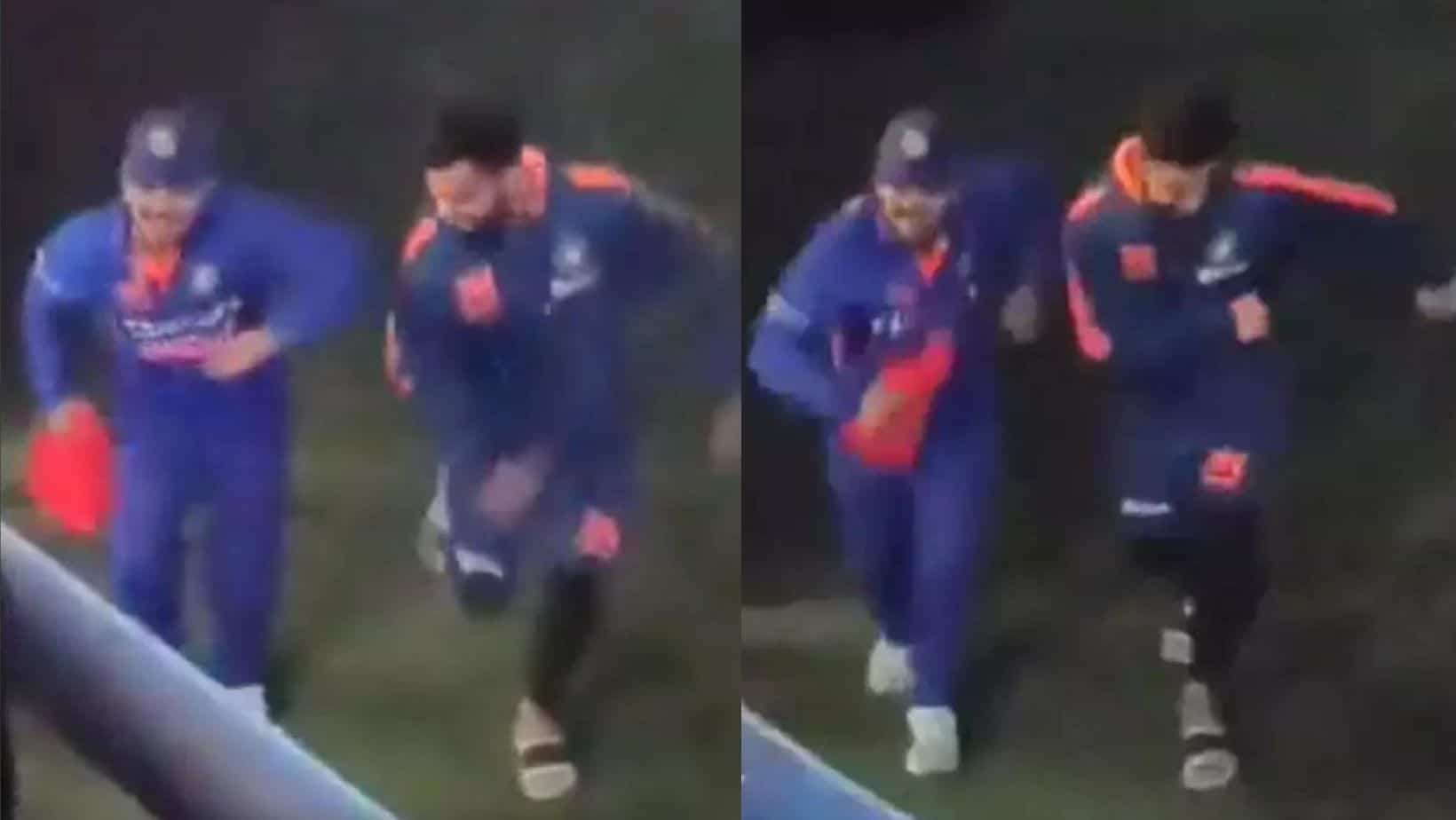 IND vs SL: The second ODI match at the Eden Gardens between India and Sri Lanka ended in favour of the hosts. And this win has given the host an unassailable 2-0 lead in the three-match ODI series. Team India won the second game by six wickets and chased down a tricky target. It was India’s 95th win in the ODIs against Sri Lanka, and they have levelled Australia’s record for most ODI wins against one opponent.

India struggled at the start of their chase and lost a few early wickets. Shubman Gill scored 21 runs off 12 balls, while Rohit Sharma made 17 runs. Meanwhile, former Indian captain Virat Kohli, who scored his 45th ODI century in the first game, was dismissed cheaply. He scored only four runs and got out to a peach of a delivery from pacer Lahiru Kumara. However, he couldn’t entertain the crowd that came to witness another masterclass by Virat. But after the game, the 34-year-old entertained the crowd with some hilarious dance moves.

IND vs SL: Virat Kohli and Ishan Kishan show their funny dance after a win in 2nd ODI – Watch

Following the victory, Virat and young opener Ishan Kishan captivated the audience near the BC Roy clubhouse with their amusing dance moves. The former Indian captain was in a funny mood, and Kishan also joined him. The spectators started cheering for both of them and loved the way they danced. The video clip of their dance also went viral on various social media platforms, and fans seem to be enjoying every moment of it.

Speaking of the game, Sri Lanka decided to bat first after winning the toss. They had a decent start, going 102-1 at one point. But they couldn’t finish the game as the Indian bowlers made a brilliant comeback. The visitors got all out for 215 in 39.4 overs. Kuldeep (3/51) and Mohammed Siraj (3/30) picked up three wickets each, while Umran Malik took two. For the visitors, opener Nuwanidu Fernando, who was making his debut, scored a half-century and made 50 with six boundaries.

In reply, India started with a flurry of boundaries but lost a few wickets in the middle. But in the end, they had two good partnerships in the middle, which sealed the deal for them. KL Rahul scored an unbeaten fifty to send India home. He made an unbeaten 64 runs and got contributions from Shreyas Iyer (28), Hardik Pandya (36) and Axar Patel (21). Kuldeep won the “Man of the Match.” Now, the third and final game is set to take place on Sunday in Trivandrum.