IND VS SL: Virat Kohli Reflects on His Match-Winning Knock 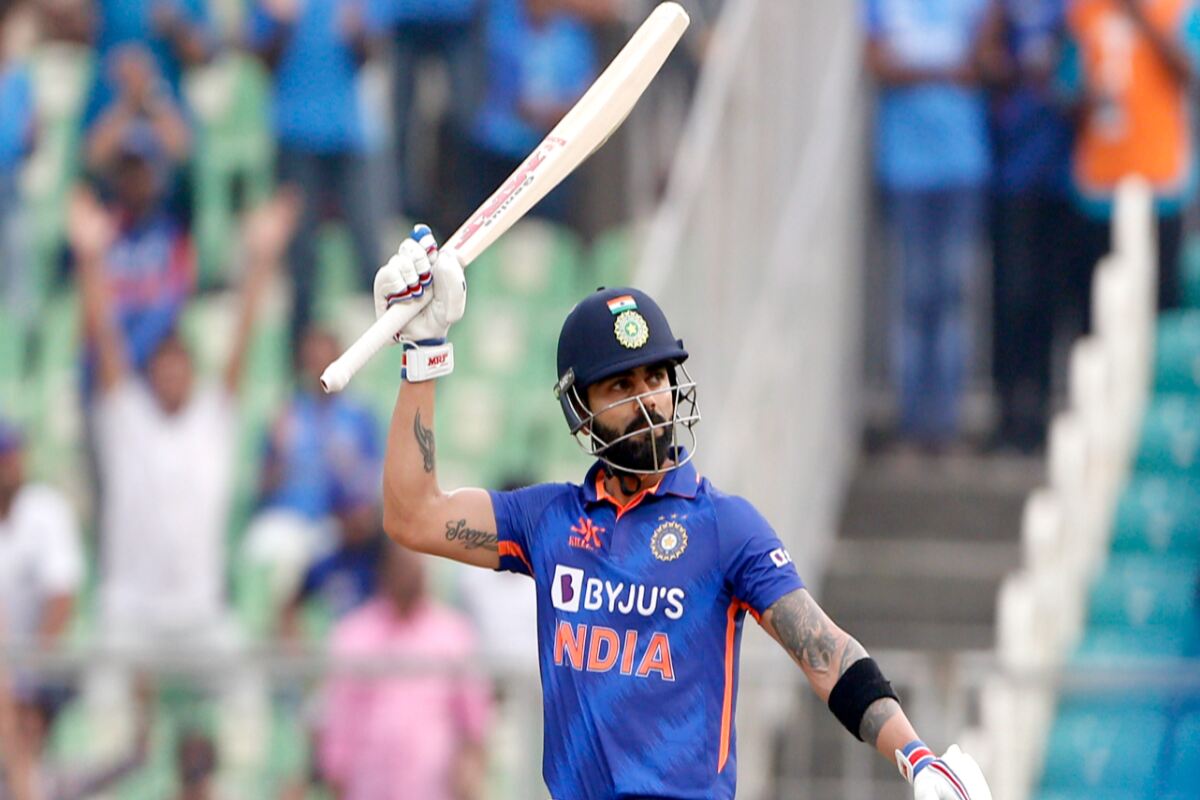 India’s stalwart Virat Kohli played another sensational inning to guide his team to win against Sri Lanka in the third and final ODI of the three-match series played at the Greenfield International Stadium in Thiruvananthapuram on Sunday, January 15. He scored a match-winning 166* off 110 balls comprising 13 fours and eight sixes. Not only did he win the player of the match award but he also sealed the player of the series award for scoring the most runs in the series.

Team India crushed Sri Lanka in the dead-rubber ODI by 317 runs to create history by registering the biggest ODI victory (in terms of runs) in the history of the game. Centuries from Kohli and Shubman Gill (116) helped India post a mammoth target of 390 on the board. The response of the visitors was quite poor, resulting in them scoring a total of 73 runs in 22 overs to lose by a record-breaking margin of 317 runs. The Men in Blue recorded their ninth-highest ODI innings total earlier in the day, India bundled out Sri Lanka for their fourth-lowest innings total. Having taken an unassailable 2-0 lead in a three-match ODI series, India won the dead rubber ODI against Sri Lanka to whitewash them 3-0 and continue their domination at home.

IND VS SL: Another Record-Breaking Series for Kohli

Kohli’s 287 runs across three innings came at an average of 141.50 and a strike rate of 137.37 including two centuries. In the post-match presentation ceremony, Kohli said that he does not remember how many times he has won the Player of the Series award. Kohli further stated that all the awards he’s collected in his career are a mere byproduct of his hunger and determination to give the absolute best for his country

“I have no idea (about the number of Player of the Series awards won). For me, it’s just a byproduct of the intent I have, a mindset that I play with. Mindset is always to help the team win, bat for as long as possible and if you do that, you end up making a difference. I have always played for the right reasons, help the team as much as possible. It is just intent, playing for the right reasons. Ever since I came back from the long break, I have been feeling good,” said Virat Kohli while speaking in the post-match presentation.