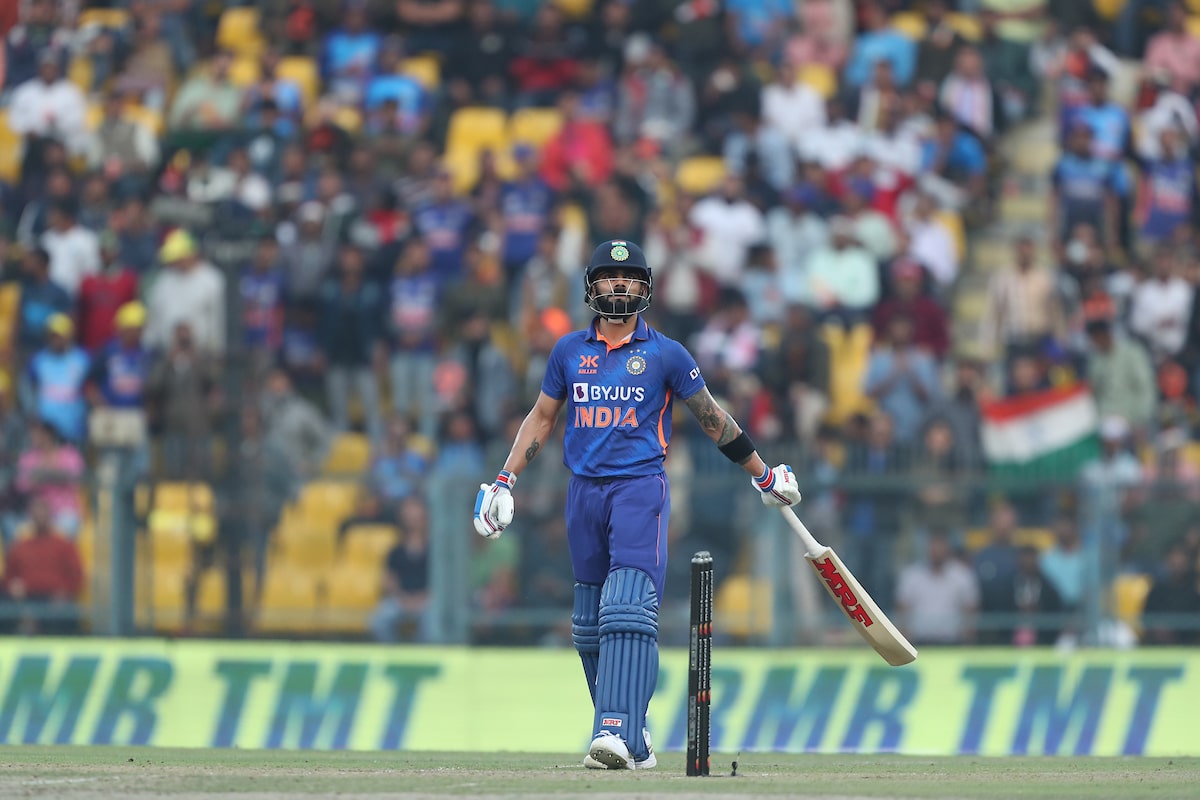 The men in blue were batting first in the first Ind vs SL ODI. Rohit Sharma was opening the innings with Shubman Gill. Both the openers batted well having scored 83 runs and 71 runs each. After Shubman Gill’s wicket, Virat Kohli came out to bat and it wasn’t long before the player got comfortable and started scoring runs. The veteran batsman had recently completed his 72nd century in the last game versus Bangladesh.

Virat Kohli scored a half-century in style by hitting six to reach 50 runs. It was then just the regular business for Virat Kohli as he converted it into another 3-digit score. With this knock, the batsman has equaled the record of Sachin Tendulkar for scoring the most centuries at home. Now, both Tendulkar and Virat Kohli have as many as 20 centuries at home. Not just this but also the former Indian captain got past Sachin’s record of most centuries against Sri Lanka in ODIs.

Sachin Tendulkar in his career scored eight centuries while Kohli now has nine. During the mid-innings break, the former captain discussed his innings and acknowledged that he was lucky that 2 of his catches got dropped. “I would take those (dropped chances) any day. Luck plays a big part, you need to thank god on such evenings. These evenings are important, pretty aware of that. Thankful that I made the most of that luck presented to me. I helped the team get 20 runs extra, rather than 350. It’s going to be the same thing. Someone will have to score a 150, or 140 to chase this down,” Virat Kohli said.

With a year packed with ODI games, it is likely that Virat Kohli can get past Sachin’s record of most ODI centuries too. Additionally, he only needs 108 runs more to get into the list of top 5 all-time run-getters in ODIs. Rohit Sharma who came back from his hand injury looked in great touch too. Both Virat Kohli and Rohit Sharma’s runs are crucial for team India keeping in mind the ODI World Cup 2023. Shreyas Iyer and KL Rahul too played great cameos that helped the men in blue reach a massive score of 373 runs.