Home » News » IND vs SL: Virat Kohli to Play in Front of the Crowd in His 100th Test Match

IND vs SL: Virat Kohli to Play in Front of the Crowd in His 100th Test Match 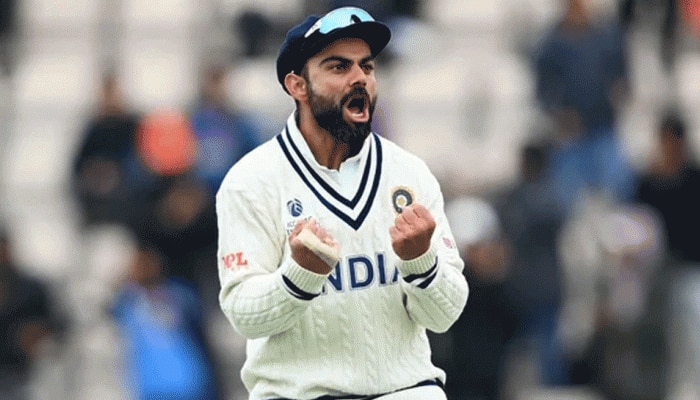 IND vs SL: The Board of Control for Cricket in India (BCCI) has finally heard the millions of cricket fans in India. The Indian board has given permission to allow the crowd in the stadium during the second Test match between India and Sri Lanka. Former Indian captain Virat Kohli will be playing his 100th Test match at Punjab Cricket Association IS Bindra Stadium in Mohali. Here are some perfect cricket betting tips for the 2022 Season.

Initially, the Indian board denied the presence of the crowd in the stadium citing the Covid-19 cases in the state. However, the BCCI has now reversed its decision and the fans will be able to witness the remarkable moment in the cricket career of the best batter of the current generation.

BCCI’s secretary Jay Shah confirmed the decision. Shah revealed that after discussions with Punjab Cricket Association, they have come to the conclusion that the fans should be made a part of the historic moment in Virat Kohli’s career. Notably, the first Test will be played from March 04 to March 08 in Mohali.

“The first Test between India and Sri Lanka to be played at the Punjab Cricket Stadium in Mohali will not be held behind closed doors. The decision to allow spectators into the ground is one taken by the State Cricketing Associations and in the present circumstances, is based on various factors. I have spoken with the PCA office bearers and they have confirmed that cricket fans will be able to witness the historic moment of Virat Kohli playing his 100th Test match,”

Elaborating on BCCI’s decision further, Shah reckoned that the dip in Covid-19 cases forced the board to rethink its decision. Though the ODI series against West Indies was played behind closed, the stadiums were reopened for the fans in Dharamsala and Kolkata.

“While we started off the West Indies Tour of India behind closed doors. The encouraging dip in COVID-19 cases allowed the hosting associations to permit crowds. Based on the advisories by the State Health Authorities, fans were able to witness the games in Kolkata and Dharamsala. While UPCA had Lucknow T20I without crowds owing to polling a day before the match,”

Further, the secretary also sent his best wishes to the former Indian captain for reaching the milestone of 100 Tests. Notably, Virat Kohli is the best batter across all the formats in the modern era.

The 33-year-old has featured in 99 Test matches scoring a whopping 7982 runs at an average of 50.4 and strike rate of 55.7. Virat Kohli is just 38 runs away from completing the 8000-run mark in the purest format of the game. He will also be looking forward to smashing his 71st century in the international circuit.

“I am really looking forward to Virat Kohli’s 100th Test and wish our champion cricketer the very best. This is an occasion for our fans to savor. May he continue to represent the country in many more matches to come,” Shah concluded.