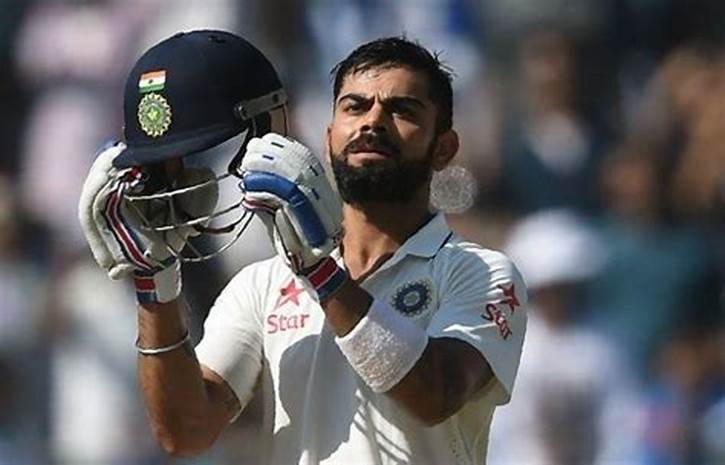 IND vs SL : Team India national selectors have announced that Cheteshwar Pujara will not be a part upcoming two-match Test series against Sri Lanka. As Pujara not in the squad, Rohit Sharma-led India will be seeking for new No. 3 batsman in Test cricket. The highlight of 18-member squad is two major exclusions in senior batters Cheteshwar Pujara and Ajinkya Rahane. With both Test veterans going through a lengthy lean patch. Find here more Free Cricket Betting Tips and learn more about the upcoming match.

For a very long time we witnessed Pujara as no.3 batter for white ball games. Whether it was overseas or home matches Pujara has proved him self as a wall of Indian Test team. But his last some series wasn’t good at all. In England he managed to score some runs but now management’s approach is to give chance a new one. And here is list player who could be fit for no.3 batting after Pujara :

IND vs Sl : 5 Players Who are Potential Candidates for India’s Next Number Three in Tests

Though KL Rahul has been performing the role of an opener pretty well for the Indian team. But he surely can ace a different role equally well, if and when required. KL Rahul is missing the Sri Lanka Tests due to his injury. But vice captain Rahul can be adjusted in the No. 3 slot if Rohit Sharma and Mayank Agarwal continue to open the innings. Rahul has been playing in Indian jersey for several years now and has the experience to be the mainstay in India’s batting order. Having already led the team in the past, the elegant batter is more than capable of shouldering the extra responsibility.

In terms of skill set, the right-handed batter has it all points. He is solid in defense and exquisite in his stroke play. With plenty of shots in his armory, the 28-year-old can be a brilliant number three option. The fact that India has proven backup openers in Mayank Agarwal and Shubman Gill, India should further endorse the possibility of Rahul batting at three going ahead.

What Virat Kohli can do with the bat the whole cricket world knows. He is one player who does not need much endorsement from anyone. The former Indian captain has been a prolific run-scorer for the team and has been out and out match-winner. The veteran batter, who is going play his 100th Test in Bengaluru. This inning may come in the different batting position. Kohli prefers to bat at the No. 4 but can be elevated to No. 3 position in Cheteshwar Pujara’s absence.

However, given the experience and quality he brings, it might be a good idea to let him cover the number three slot going forward. The senior batter can take charge of the innings batting in the top order and could also anchor an inexperienced Indian middle order. With the hunger for big runs and as someone who thrives under new challenges, this could prove to be the perfect opportunity for Kohli to add another feather to his cap, albeit in a different role.

Shreyas Iyer had a rocking start to his Test career scoring a match-defining century in his debut Test against New Zealand in Kanpur. The Mumbai batter is viewed by many as a player with special abilities and a big stage temperament. Iyer is capable of playing the long innings as well as dominating the opposition when required. Shreyas Iyer made a brilliant debut against New Zealand in Test cricket in 2022 but was unlucky not to get a Test in South Africa. Kolkata Knight Riders’ new skipper Iyer has the technique suited for No. 3 as well. Read more about Mobile Bet365 and learn how it works online.

The 27-year-old has the perfect skill set required with not too many chinks in his game. The right-handed batter does not get flustered easily and could be the perfect man to come in for India in a scenario where an early wicket falls. The Indian team management has a great opportunity to groom the youngster into being India’s long-term number three and optimize his talent.

Though Hanuma Vihari has got limited opportunities to feature in India’s playing XI. He has converted a majority of those chances into significant performances. Be it his marathon match-saving knock at the Gabba or several significant contributions batting with the tail, Vihari has never shied away from taking the responsibility and contributing to the team’s cause. Vihari has average of 34.2 after 13 Tests but has shown plenty of courage and solid technique to stake a claim for the No. 3 spot.

In his short Test career, Vihari has shown that he does possess the technique to make one of the most important batting positions his own. The role of a number three batter is usually to anchor the innings, which the Hyderabad batter appears to be capable of. Having been around the Indian team for a while now, the 28-year-old should have had a good idea of what it takes to be consistent at the highest level and could well put those learnings into action if given the chance.

One of the prodigal kids of Indian cricket, Shubman Gill, has already shown that he possesses the temperament required to play at the highest level. Having performed in tough playing conditions overseas, Gill has endorsed his case of being a regular in India’s Test XI. He is just 10 Tests old and averages a modest 32.82 with 4 fifties so far this. Gill could be tried at No. 3 position with Rohit Sharma and Mayank Agarwal opening the batting.

However, the 22-year-old does appear to be suspect against good seam and swing bowling upfront. It thus might not be a bad call considering both Gill and the team’s requirement, to have him bat at three for India. Having the chance to slot in between senior batters like Kohli and Rohit Sharma could do a world of wonder for Gill and bring the best out of him. Get the latest Online Betting Apps for IOS and Android.