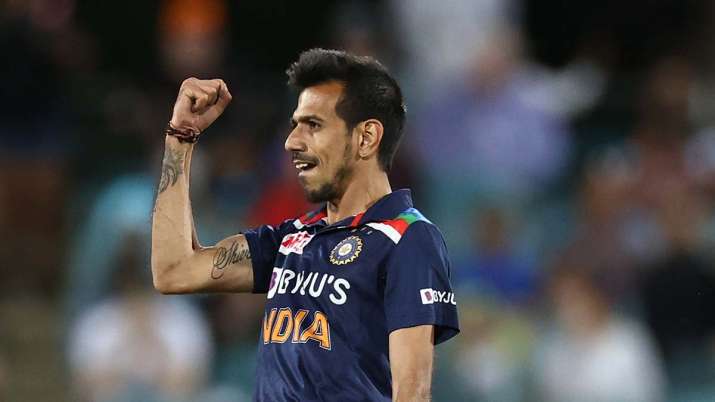 IND VS SL: In T20I cricket, Yuzvendra Chahal has been an important performer for India. India defeated Sri Lanka by 62 runs in the first T20I in Lucknow. Yuzvendra Chahal took 1 wicket for 11 in three overs. Chahal has been a star in India’s shortest format since making his debut after starring for Royal Challengers Bangalore (RCB) in the Indian Premier League (IPL). Find here the latest Cricket Prediction for the 2022 Season and get new updates for the upcoming match.

The hosts have already grabbed a 1-0 lead in the series, thanks to a crisp effort from the Rohit Sharma-led side. Chahal beat Jasprit Bumrah to become India’s leading wicket-taker in the T20 format on Thursday. Dasun Shanaka, Sri Lanka’s captain, was out with only three runs on the board by Chahal.

Sri Lanka, on the other hand, has a lot to think about going into the second game on February 26 at Dharmasala. In the first game, the team was outplayed in all three departments by a far stronger Indian team, according to captain Dasun Shanaka. Shanaka stepped out to bat in the 10th over while his team was battling for runs. But he was unable to extend his stay at the crease and eventually gave up his wicket to Chahal.

Meanwhile, with 67 wickets in T20Is, Chahal has now become India’s highest wicket-taker. The Indian spinner only took one wicket on the day. But it was enough to get him over from Jasprit Bumrah. Shanaka’s wicket was Chahal’s 67th in T20I cricket.

Bumrah, on the other hand, was wicketless on the day. But since both the players are about to keep producing for India, we expect a see-saw competition between the two. In this format, Ravichandran Ashwin (61), Bhuvneshwar Kumar (57), and Ravindra Jadeja (47) are among India’s top five wicket-takers. Chahal ended his three-over spell with an economy rate of 3.67, the best among all Indian bowlers on the day.

There’s no disputing that Allu Arjun’s Pushpa has captivated audiences.  Everything about the film, from the songs to the dialogues, has been a hit with fans and admirers. While Yuzvendra Chahal is famous for his quirky posts on social media.

Chahal is well-known for making videos in which he lip-syncs to well-known dialogues. Everyone has shared videos of themselves dancing to Pushpa tunes, from Bollywood celebrities to cricketers. With fellow cricketers Navdeep Saini and Harpreet Brar, the leg-spinner is visible acting in a dialogue from Allu Arjun’s superhit movie Pushpa: The Rise in his latest Instagram Reel.

Yuzvendra Chahal, Navdeep Saini, and Harpreet Brar can be seen seated in a bus with other teammates in the now-viral footage.

Chahal captioned the video and tagged both the cricketers

Do check some free Betting Tips here and learn more about how betting works online.