Home » News » IND vs WI: BCCI Has Added Mayank Agarwal to the ODI Squad After COVID Cases in Indian Squad

IND vs WI: BCCI Has Added Mayank Agarwal to the ODI Squad After COVID Cases in Indian Squad 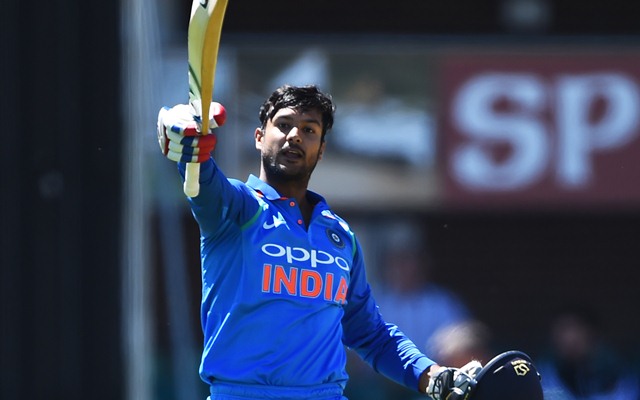 IND vs WI: With just a few days to go for the start of the first ODI match between India and the West Indies, India suffered a huge blow. Four Indian players and some members of the support staff have tested positive for COVID-19. On Wednesday, the BCCI confirmed through an official press release that opening batsmen Shikhar Dhawan, Rituraj Gaikwad, and Shreyas Iyer have tested positive for COVID-19.

IND vs WI: Selection Committee has announced Mayank Agarwal as the replacement

With KL Rahul missing the first ODI, it could be difficult for Team India to choose their playing XI. However, the selection committee has announced opener Mayank Agarwal as a replacement. The BCCI has added Mayank in the ODI squad and will open with Rohit Sharma. Wicket-keeper batsman, Ishan Kishan is in bio-bubble as per the reports. Ishan Kishan can also be available if required. The statement from BCCI,

As per BCCI, all the members needed to reach Ahemdabad on January 31st, 2022 for the upcoming series with a negative RT-PCR report before leaving. The statement further added,

“The members were asked to report in Ahmedabad on 31st January 2022 for the upcoming Paytm three-match ODI and T20I series against the West Indies. Every member was also asked to undergo an RT-PCR test at home before embarking on their journey to Ahmedabad and the travel was undertaken only after testing negative.”

No Spectator for the ODI series

IND vs WI: The Narendra Modi Stadium in Ahemdabad will host the ODI series. The Gujarat Cricket Association announced that,

“Considering the current situation, all the matches will be played behind the closed doors.”

The first ODI match between both nations will be the 1000th for the Indian team. And India will become the first team to play 1000 ODIs. The Gujarat Cricket Association added to this,

“We are all set to host West Indies Tour of India ODI Series 2022. 1st ODI on 6th of Feb will be a very special and historic match as India will be playing it’s 1000th ODI. Indian team will be the first cricket team in the world to achieve this feat.”

Mayank Agarwal is a regular member of the Indian Test side. He was part of the test series at home against New Zealand and in South Africa as well. Mayank hasn’t got many chances in white-ball cricket. Indian opener has played only five matches and scored 86 runs so far. Agarwal’s last ODI match was back in 2020 against Australia. This will be an opportunity for him to prove his worth in white-ball cricket as well.

However, the first ODI is in doubt and everyone is waiting for the next update from the BCCI. The first ODI will begin on February 6th, the second ODI on February 9th, and the final ODI will start at 7:30 PM on Friday, February 11th.. Stay tuned for the latest cricket updates and news. Here’s our best cricket match prediction for this season.