Home » News » IND vs WI: Harshal Patel Revealed How He Got a Special Welcome From Rohit and Dravid on His Debut

IND vs WI: Harshal Patel Revealed How He Got a Special Welcome From Rohit and Dravid on His Debut 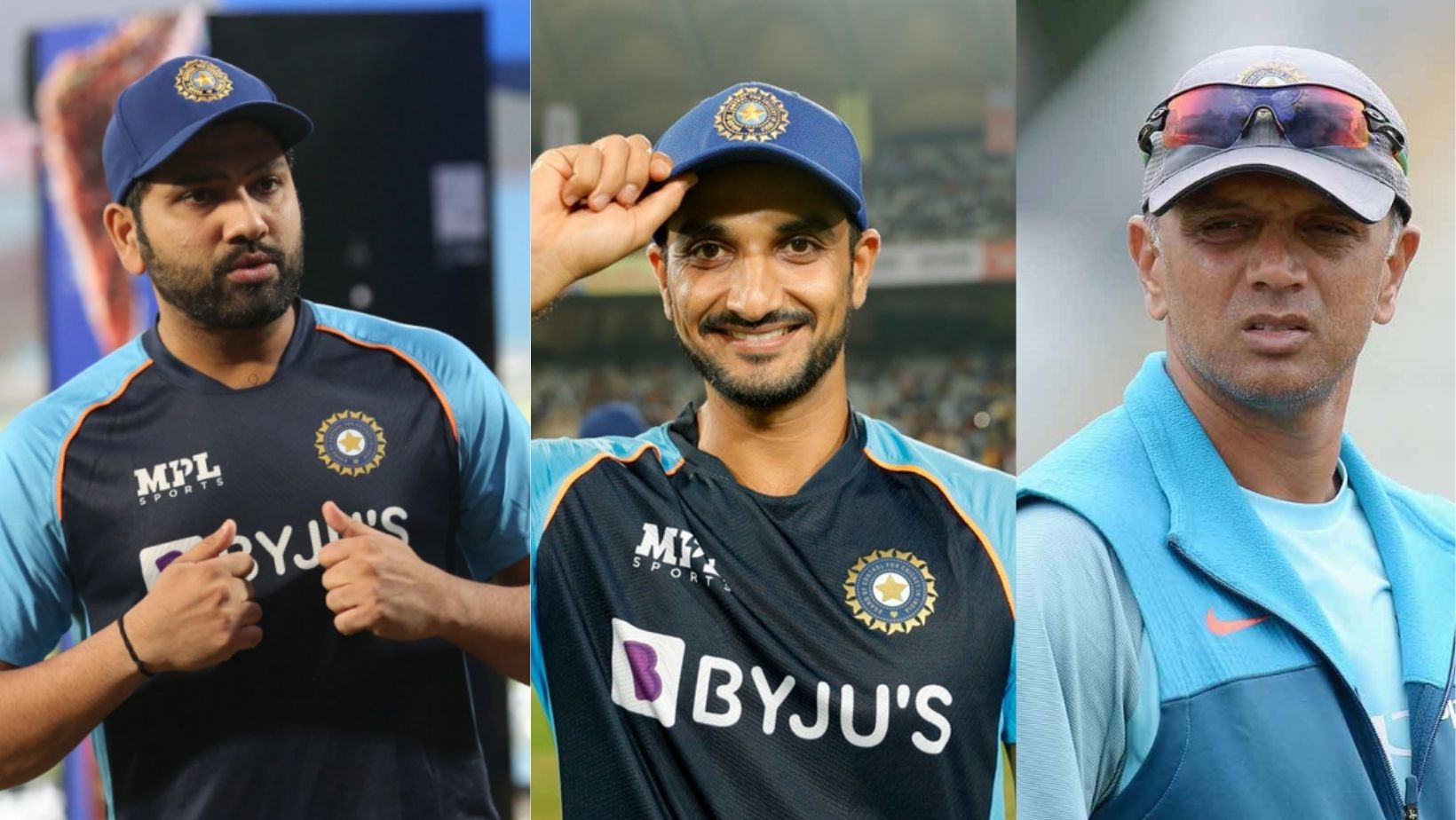 IND vs WI: The white-ball series between India and the West Indies is about to start. It will start on February 6 with three ODIs and then both teams will play three T20Is. The BCCI has already selected the teams for both the ODIs and T20Is. There are some new faces in the team this time around. Harshal Patel, the purple cap holder of IPL 2021, is part of the upcoming T20Is against the West Indies starting on February 16.

Harshal was part of the T20I home series against New Zealand last year. And he showed one and all with his performance why he was so successful in IPL 2021. Indian pacer has revealed that on his debut, how Rohit and Rahul welcomed him into the team. Seeking best cricket betting tips? then do check it here in our site.

IND vs WI: How Rohit and Rahul helped Harshal on his debut!, Harshal Patel

The Indian pacer played two matches in the T20I series against New Zealand last year. And he looked impressive in his debut series. Harshal took 4 wickets in two games with a decent economy of 7.28. Harshal shared with Star Sports how Rohit guided him on his debut. When asked about Rohit Sharma’s captaincy, he said,

“He [Rohit Sharma] will basically give you the ball and if he has confidence in you, he will not tell you about what to do. ‘You know what to do, just go and do it’. So, he is really good as captain and I really enjoy playing under those captains. I have my plans- Plan A, B, C so even when I get hit, I know what to do. I don’t like a lot of outside input and he fits in that personality as a captain. He is very relaxed and gives you the freedom.”

The T20I home series against New Zealand last year was the first series at home as a full-time head coach for Rahul Dravid. Former RCB pacer also revealed about Rahul Dravid as well as about the conversation he had before his debut. Harshal said, Looking for top betting apps for android? then check it here.

“We know that you are very confident bowler. We know what you want to do, you can or cannot do. I just want you to go out there and express yourself and enjoy the moment. We are going to back you no matter what.”

Some important stats of Harshal Patel