Home » News » IND vs WI: “He Is Not Exactly in the Right Frame of Mind” Aakash Chopra Expressed on Virat’s Short Innings in the First ODI

IND vs WI: “He Is Not Exactly in the Right Frame of Mind” Aakash Chopra Expressed on Virat’s Short Innings in the First ODI 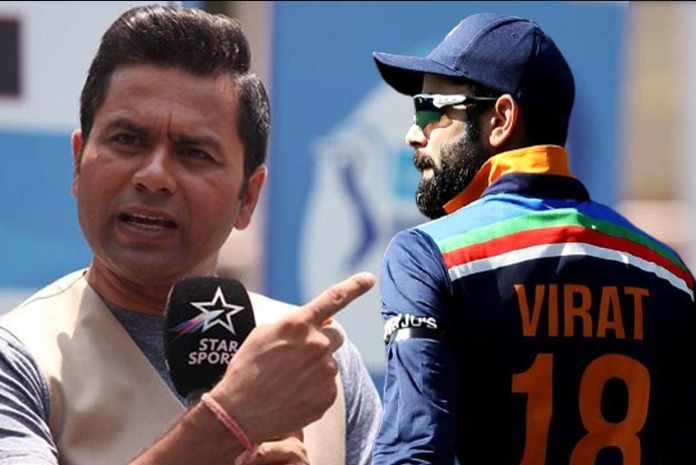 IND vs WI: Indian team has started their home campaign against the West Indies in an empathic manner. In their 1000th ODI, the Men in Blue won by 6 wickets. Rohit Sharma led the Indian team to a comfortable win at the end, and the Indian bowlers also came to the party. On Sunday, India and West Indies locked horns in the first match of a three-ODI series. India now has a 1-0 lead in the three-match ODI series.

Many fans are waiting for Virat to score his 71st international hundred. But he didn’t look like the Kohli we know in his innings of four balls. Former Indian cricketer Aakash Chopra was also surprised by the way Kohli batted in the first ODI.
Do check our daily free cricket bet tips and guide.

IND vs WI: “These are extravagant shots that you don’t associate Kohli with” says Former Indian Cricketer

Aakash Chopra said he was surprised by the way Virat batted in the first ODI. Former cricketer said that Virat didn’t look comfortable. He looked as if he was in a hurry with some extravagant shots he was playing. Aakash expressed that the former Indian skipper didn’t look in the right frame of mind. He said,

The 44-year-old pointed out that Virat also didn’t look comfortable in South Africa. Instead of two 50+ scores, he was still struggling. Furthermore, having the discussion on ESPN Cricinfo, Aakash added,

“Even in South Africa, he looked a different batter. He scored runs but, personally, while watching him play, I wasn’t 100 percent convinced that this is the Virat Kohli at his very best. They were not the prettiest of scores, which can happen. But this four-ball innings, it seems, he is not mentally completely there when it comes to the comfort with his game.”

IND vs WI: Ishan Kishan opened the innings with Rohit Sharma, who also looked a bit rusty. Talking about Kishan, Aakash said that these are some early days for him and that he will definitely learn more. He expressed that the left-handed opening batsman was also the one who struggled on fuller and slower balls. Aakash concluded,

“These are early days for Ishan Kishan. He has a particular style of play, which is very good when the ball is coming on to the bat. When people are banging it short, he is excellent with the horizontal bat shots. But the moment you start bowling fuller, you bowl slower and the ball is not coming on to the bat, that is when he gets challenged.”