Home » News » IND vs WI: “He Is Not the Captain, but He Will Help the New Captain to Do the Right Thing” Says Irfan Pathan

IND vs WI: “He Is Not the Captain, but He Will Help the New Captain to Do the Right Thing” Says Irfan Pathan 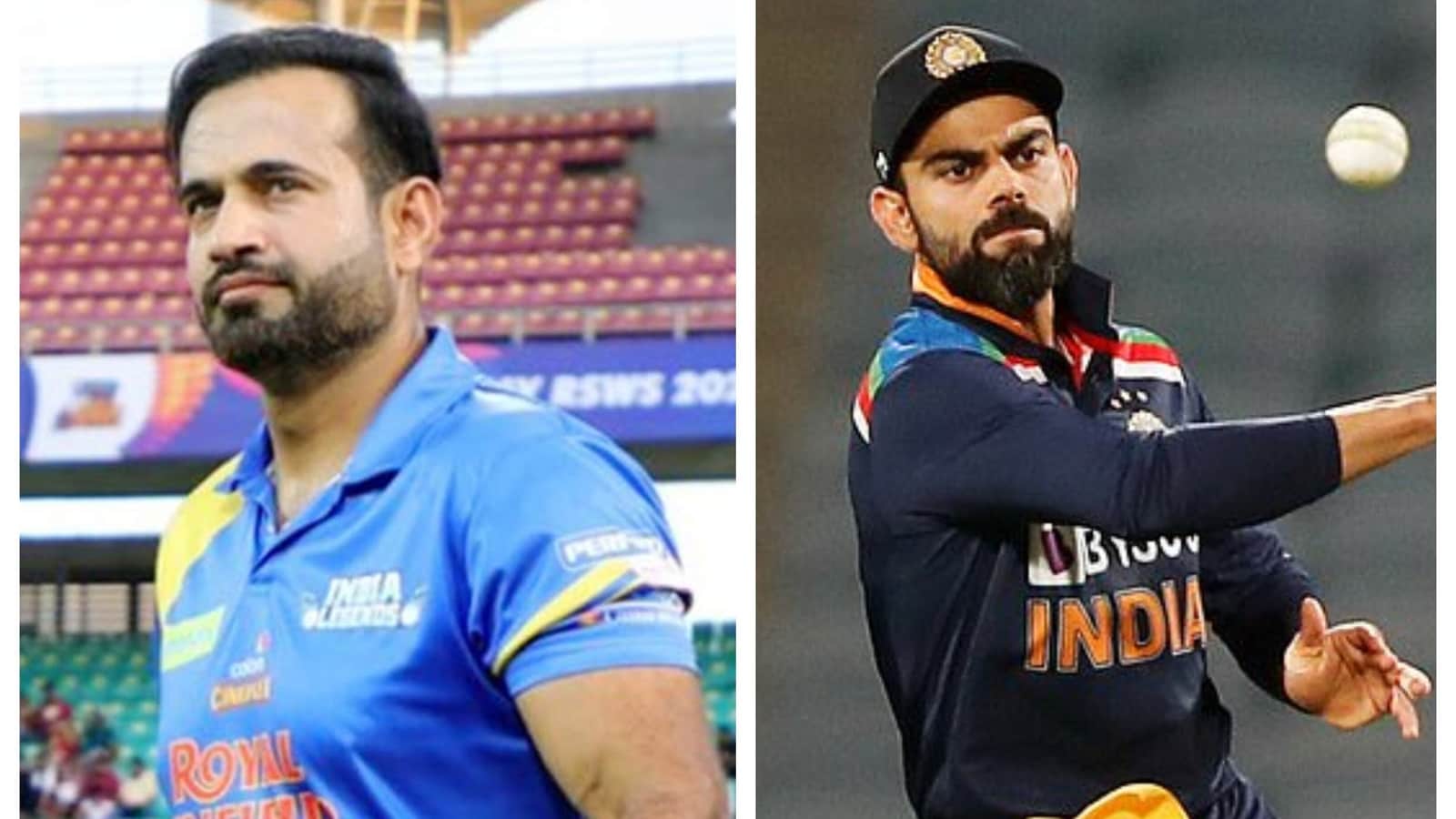 IND vs WI: The men in blue are entering their next white-ball assignment against the West Indies. India would love to bounce back after having a horrible start to 2022. India is still winless in the year 2022. They have lost 5 out of 5 matches played this year in South Africa. On the other hand, the West Indies are high on confidence after beating England 3-2 at home in T20Is.

Virat Kohli, who left the T20I captaincy after the T20I World Cup, was later sacked from the ODI captaincy as well. And after the test series loss against South Africa, he also resigned from the Test captaincy. And now Rohit Sharma, who was out of the South Africa tour, is back and will lead the side. So the former Indian all-rounder believes that Virat will help the new captain with his experience. Do check our latest cricket betting tips and get the latest news here.

IND vs WI: “I am sure he will help out others, especially Rohit Sharma” – Irfan Pathan

Irfan Pathan pointed out that whether Virat is a captain or not, he is a leader. The all-rounder believes that Virat will surely help Rohit Sharma in making the right decisions. Pathan said,

“He is not the captain, but as long as he is in the team, he is a leader. He will help the new captain to do the right thing.”

Pathan stated that Virat will play an important role in helping the new captain and other team members with his experience. He also said that every captain’s style is different from the other. And Virat had his energy, and Rohit, on the other hand, will give calmness to the team. As per the report by The Hindu, the all-rounder added,

“He sent out the right messages and he took the team’s fitness to another level. Going forward, I am sure he will help out others, especially Rohit Sharma. Every captain contributes in a unique fashion. Kohli had his energy, Rohit will give you calmness. ”

“He has been the best player in the team but is not batting well at the moment,” says Ajit Agarkar

IND VS WI: Virat has been unable to score an international century since November 2019. And many ex-cricketers have their own say on it. Former Indian pacer Ajit Agarkar also feels that Virat is not the same batter at the moment as everyone knows. He is struggling a bit with his batting form. Looking for best betting apps? Check all the app here.

However, Virat scored two half-centuries against South Africa in the ODIs but was unable to covert those into three figures. Agarkar expressed that Rohit Sharma will also need Virat to play a leadership role and win matches for the team. Former Indian pacer said on Star Sports,

“Rohit Sharma will definitely expect Virat Kohli also to play the leadership role because he has been the captain for such a long time. He has been on the hot seat and has been the best player of the team. In my opinion, at the moment Virat Kohli is not batting the way we know him to bat.”

He also added that it will be the expectation of the new captain that Virat rediscovers his form as soon as possible, as it will make the captain’s job easier. Agarkar concluded,

“That will be Rohit’s first expectation that Virat rediscovers his form, because when he plays like that, he wins the match. The captain’s job becomes easier the more match-winners you have in the team.”

Rohit is the most successful captain in the IPL with five trophies. Under Rohit, India has won the Nidhas Trophy and the Asia Cup as well. But now he will be taking the field as a full-time captain. So it will be interesting to see how he leads the team. Seeking cricket match prediction websites? Then you are in the right place.