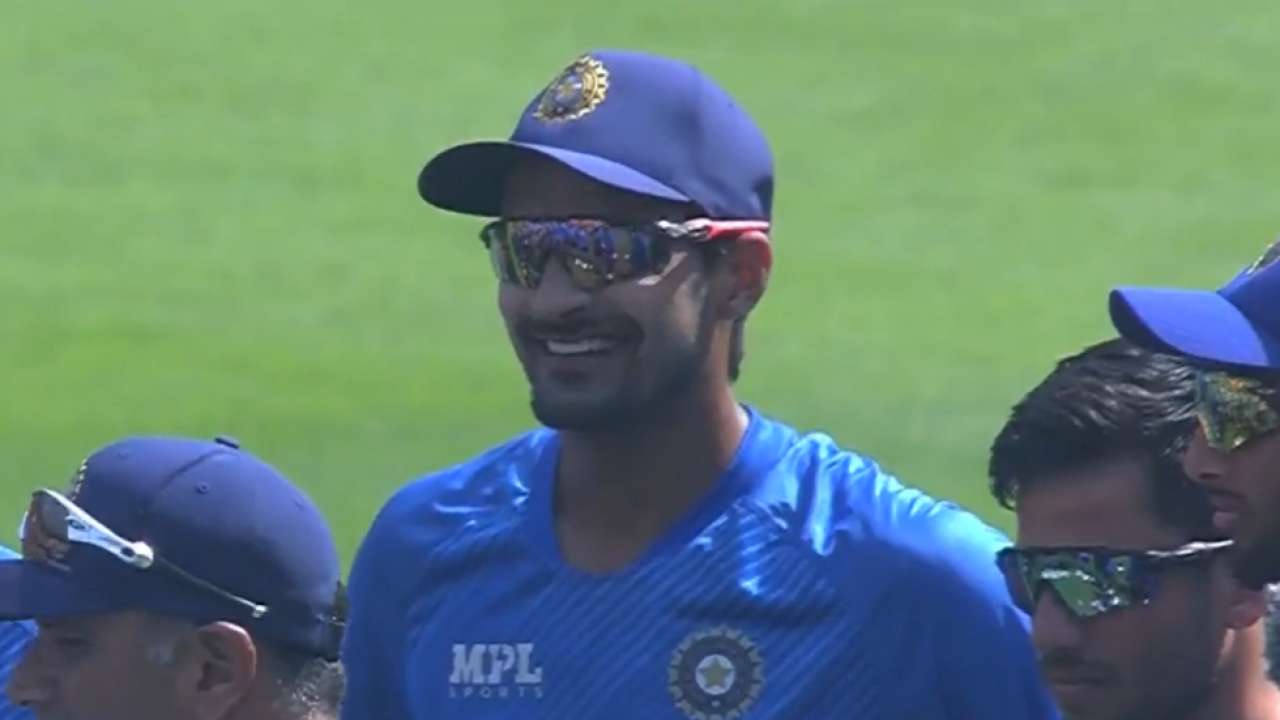 IND VS WI: Deepak Hooda has said receiving his debut cap from Virat Kohli was a “dream come true moment” for him. Hooda made his India debut during the first One-Day International (ODI) against West Indies on Sunday. The Baroda player scored an unbeaten 26 off 32 during India’s successful chase of 177 at Narendra Modi Stadium, Ahemdabad.

“Truly honoured and blessed on getting the opportunity to represent my country. A very special and dream come true moment for me to receive the cap from Virat [Kohli] bhaiya. Thank you to each and everyone involved in this wonderful journey!!” Hooda tweeted.

Hooda, who has been playing professional cricket since 2014, averages 38.69 with the bat in the List A format. He has scored 2,283 runs in 75 List A games, including four centuries and 12 fifties. He also has picked up 35 wickets in the 50-over format.

The batting all-rounder has played 141 T20s, scoring 2,172 runs and has 17 wickets to his name in the shortest format. However, Hooda has not been included in India’s squad for the upcoming three-match T20I series against West Indies.

KL Rahul was unavailable for the opening ODI due to personal reasons. Karnataka batsman Mayank Agarwal, who was added to India’s squad following a covid outbreak in the home camp, was unable to play the first game because of quarantine rules.

Rahul, Mayank, and Navdeep Saini were seen training at the Narendra Modi Stadium on Monday. Team India is now gearing up for the second ODI, which is scheduled to be played on Wednesday (Feb. 9).

Shikhar Dhawan, Shreyas Iyer, Ruturaj Gaikwad, and reserve bowler Saini tested positive just ahead of the first ODI last week. The Board of Control for Cricket in India(BCCI) said they all had entered isolation and were monitored by the medical team. The rest of the team trained and took the field during the first ODI after returning negative RT-PCR tests.

In what was a historic 1000th ODI for Team India on Sunday, captain Rohit Sharma put West Indies to bat first. A collective effort from his bowlers led to the visitors’ batting collapse. Jason Holder was the only batter from the Caribbean side to counter the Indian bowlers. He scored 57 off 71 balls and was not good enough to help his side post a decent total.

India went 1-0 up in the three-match ODI series on Sunday as the hosts chased down 177 in 28 overs with six wickets to spare. Captain Rohit Sharma led from the front as he scored a 51-ball 60. His knock included 10 fours and a six.