Home » News » IND VS WI LIVE: Aakash Chopra Believes That Virat Kohli Should Himself Decide Whether to Take a Break or Not

IND VS WI LIVE: Aakash Chopra Believes That Virat Kohli Should Himself Decide Whether to Take a Break or Not 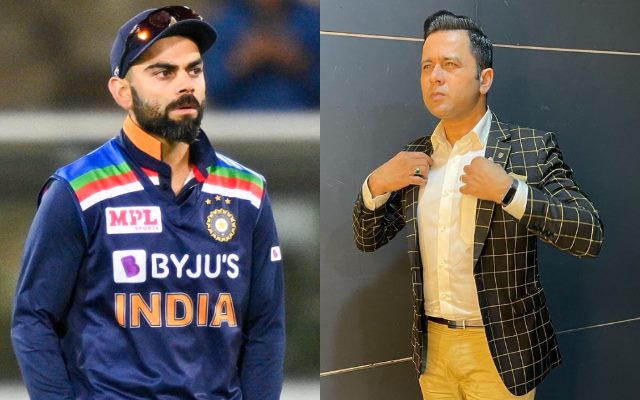 IND VS WI LIVE: Former India skipper Virat Kohli is going through a lean patch. And many have questioned the form of Virat Kohli in recent times. It’s been more than two years since he scored his last international hundred. His performance has dipped in the last two years or so. And the Indian batsman hasn’t scored anything in the ongoing West Indies tour. He has a score of 8 and 18 in his two outings against the West Indies.

However, the former Indian test opener believes that Virat Kohli himself needs to decide whether he needs to take a break or not. Aakash Chopra said that it will be Kohli’s choice regarding his future decision only.

IND VS WI LIVE: It is fine if he himself says that he wants to take a break, says Aakash Chopra

Former India opener shared a video on his YouTube channel and expressed his concern over the form of Kohli. He pointed out that the former Indian skipper is short of runs, but there is a lot of speculation going around about whether Kohli should take a break or not. Aakash said that he will never ask Kohli to take a break, but rather the former skipper can himself decide to take a break if he wants. The former batsman said,

“There has been a lot of talks that Kohli should be asked to rest. That you are not having a great time, take a break now also and if you like, don’t play the T20s as well. I will never keep that proposal in front of Virat Kohli. It is fine if he himself says that he wants to take a break.”

Former Indian opener also pointed out that it happens to everyone when a batsman doesn’t score runs. And some batsmen take a break, while others look to spend more time in the middle to regain form. Aakash added,

“You are talking about Virat Kohli. It does not happen that a legend does not remain a legend because of slight bad form. When you go through bad form, we all have gone through that more compared to Kohli. You want to play regularly at times. You don’t want a break.”

The Indian team needs Kohli to regain his form. There are two ICC World Cups in the next two years. His contribution will be needed for the Men in Blue at No. 3.

The Indian team will play a three-match T20I series after the third ODI. The T20I series will be held at Eden Gardens. Kolkata, starting on February 16. Rohit Sharma will lead the series, while KL Rahul will be the vice-captain. We will hope Virat scores some runs in the upcoming series to regain his form for the upcoming T20I World Cup in Australia.