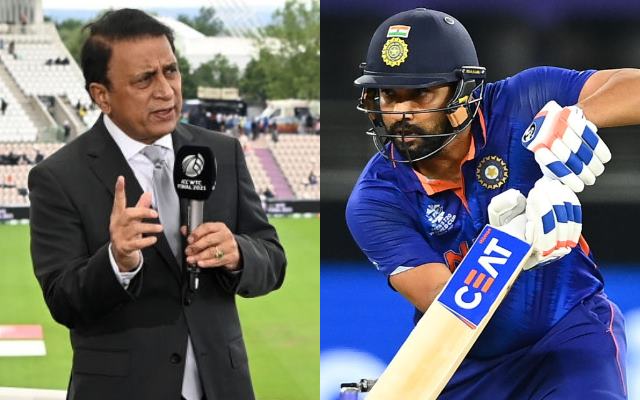 IND vs WI LIVE: India ticked all the boxes in the first ODI against West Indies at Narendra Modi Stadium, Ahmedabad. And there can’t be a perfect start for Rohit Sharma’s full-time white ball captaincy career. India basically covered all the basics. The bowlers looked impressive, the fielding looked good, and the batting was equally good. India won the first ODI by 4 wickets with approximately 22 overs to spare.

Former Indian skippers looked impressed by the captaincy of Rohit Sharma and the performance of India. Sunil Gavaskar rated Rohit’s captaincy almost perfect, at 9.99 out of 10. The former Indian skipper also praised Rohit’s knock in the first ODI. If you are looking for expert betting tips then read more here.

Speaking to Star Sports, Gavaskar expressed that Rohit led the team in every department of the game. Starting from winning the toss, choosing the right bowler at the right time, and then playing a captain’s knock. The former Indian skipper lauded Rohit and said it was a perfect start to his captaincy career.

Rohit has won 9 ODI matches out of 11 as a captain. He was the top scorer for India in the first match. He scored 60 runs off 51 balls, with 10 fours and one maximum. Gavaskar stated,

“This is the kind of perfect start he wanted. Even before that he tossed the coin in such a way that Pollard called it wrong. So you got to remember that right from the beginning he got it right. Therefore with a win like this it is always a good start and he contributed to the win in terms of scoring with what is your specialty, that is batting. You have done that and of course been able to make the bowling changes, the field placing. You get just about everything right. So I think if you ask me on a scale of 10, I will give him 9.99.”

India are 1-0 up in the three-match series, with the next match scheduled for February 9th at 1:30 IST.

“We ticked all the boxes,” says Rohit Sharma at the post-match presentation

IND vs WI LIVE: The Indian team is preparing their perfect playing XI for the upcoming ODI World Cup in India next year. In the post-match presentation, Rohit also spoke about their preparations. The Indian skipper pointed out that they are looking to build a good team for the future. He said,

“I don’t really believe in a perfect game. We want to keep getting better as a team. We spoke of what we wanted to achieve and we ticked all the boxes.”

Indian bowlers were impressive in the game, especially both spinners. Yuzi Chahal took 4 wickets, and Washington Sundar took three wickets in the match. Chahal was adjudged “Man of the Match’ for his performance of 4/49. Here’s our new cricket prediction for upcoming match.