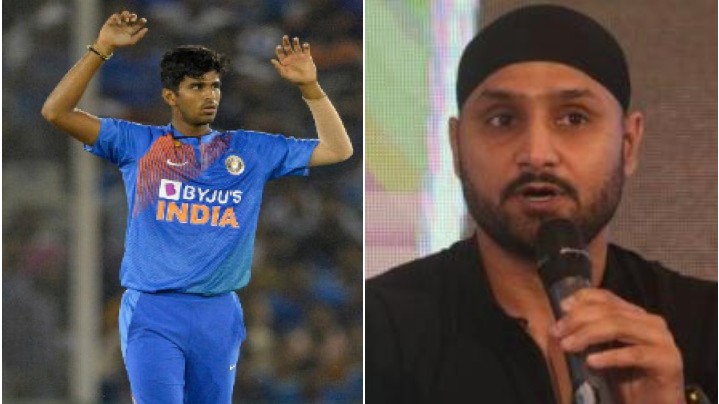 IND VS WI LIVE: Indian spinners have always performed exceptionally well in Indian conditions. The first ODI match between India and West Indies was another example of that. Seven wickets were taken by the Indian spin duo of Yuzi Chahal and Washington Sundar. In his comeback match, Sundar looked impressive as he resgistered a figure of 3-30 in 9 overs. Here’s our best cricket betting tips update.

Sundar, who had been out of action for more than ten months due to injury, returned to the team in the first ODI. He was brought up as a first change by the captain, Rohit Sharma. And it didn’t look like Sundar was playing his first match after that much of a gap. He looked on target from the first bowl he bowled. The former Indian spinner also looked impressed with the performance of the young spinner in his comeback game. In a discussion on Star Sports, Harbhajan Singh praised Sundar.

IND vs WI LIVE: “He is more lethal when the ball is spinning”, Harbhajan

Bhajji revealed about their last meeting during an IPL game in Abu Dhabi last year. He expressed that Sundar is more of a line-length bowler. However, if he starts turning his ball, then he could become more lethal for the batsmen. The pitches at Narendra Modi Stadium assist spinners more. That might be the reason that some of his balls started spinning in the first match. Bhajji stated during a discussion on Star Sports,

“When I had spoken to him [Sundar] last time, our match was there against them in Abu Dhabi. I had told him that when he starts spinning the ball, it will be tougher to play him. Today I am very happy, that he spun the ball. When the first ball spins from in front, no batter remains comfortable.”

The former spinner explained that the spinning balls are more difficult to pick for the batsmen. Bhajji said that a spinner can get more wickets if he spins the ball. He also compared the spinner to a pacer, saying that pace bowlers also bowl straight balls, so for a spinner it is important to spin the ball. He further added,

“When the ball is in the spinner’s hand, his role is to spin the ball. But when we play the shorter format (T20), it seems at times that if we spin the ball, a big shot can be played with the spin, which we ourselves put in our mind. You will only get wickets if you spin the ball, even fast bowlers are bowling the straight balls.”