Home » News » IND VS WI LIVE: “It Was My Childhood Dream to Get Cap From either MS Dhoni or Virat Kohli,” said Deepak Hooda

IND VS WI LIVE: “It Was My Childhood Dream to Get Cap From either MS Dhoni or Virat Kohli,” said Deepak Hooda 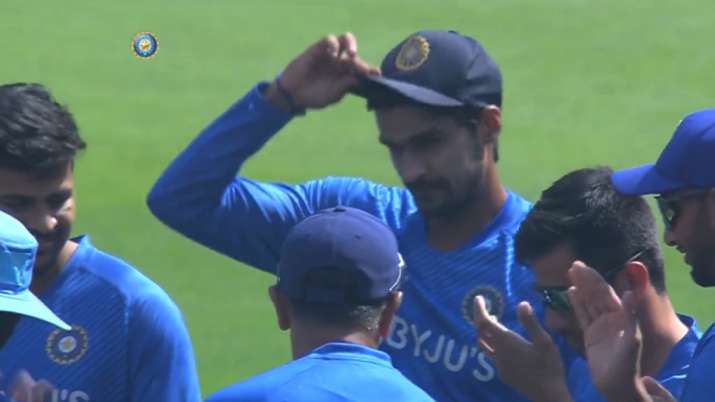 IND VS WI LIVE: On February 6, Deepak Hooda made his ODI debut for India against the West Indies in Ahmedabad. Deepak Hooda, an all-rounder, says receiving the India cap from the great Virat Kohli was a boyhood dream come true. Rohit Sharma and his team won the second One-Day International by 44 runs to take a 2-0 lead in the three-match series. Hooda struck an unbeaten 26 and led India to victory alongside Suryakumar Yadav (34*). Get your free cricket match betting tips here on our site.

Prasidh Krishna’s 4/12 with the ball was important in India’s 44-run victory. They are also 2-0 up in the series and have beaten the West Indies for the second time.

“I made my debut in the first ODI, it was an amazing feeling. You always work hard for that. I feel blessed and honoured to be a part of the side.”

Hooda said while speaking to teammate Suryakumar Yadav on ‘bcci.tv‘

“It was my childhood dream to get cap from either MS Dhoni or Virat Kohli. Getting the cap from Kohli was an amazing feeling. I worked on sidelining the distraction and work on my process.”

“Earlier also when I came in the team Virat bhai was not there. While growing up I saw him becoming a legend and Mahi (Dhoni) bhai was already a legend. It was my childhood dream to get the cap from either of them.”

”Good things take time but keep yourself ready. Obviously, it is a blessed feeling to share the dressing room with Virat Kohli, Rohit Sharma and Rahul Dravid. You always learn so much from them. I am just trying to learn from them. My goal is to keep working on my process with the same intent and not worry too much about outcome.”

In the eighth over, Prasidh Krishna stepped into the attack and altered the game. West Indies were the happier team at the midway point after restricting India to 237 runs, but India chipped away at the wickets from the start. Before skipper Rohit Sharma made a significant bowling change, the two Caribbean openers, Shai Hope and Brandon King were getting into the rhythm.

On Wednesday, the Indian pacers combined to dismiss the West Indies for 193 in 46 overs in a chase of 238. India’s 44-run triumph was aided by Prasidh Krishna’s 4/12 with the ball. It was India’s 11th straight bilateral one-day international series victory against the West Indies, and Rohit Sharma’s first as full-time ODI captain.

Prasidh has built a name for himself in T20 cricket with the Kolkata Knight Riders.

Check out the best betting apps for IOS and Android.