Home » News » IND vs WI LIVE: Ravi Bishnoi Made a Mess of a Catch and Gifted Nicholas Pooran a Six, Making Chahal Angry

IND vs WI LIVE: Ravi Bishnoi Made a Mess of a Catch and Gifted Nicholas Pooran a Six, Making Chahal Angry 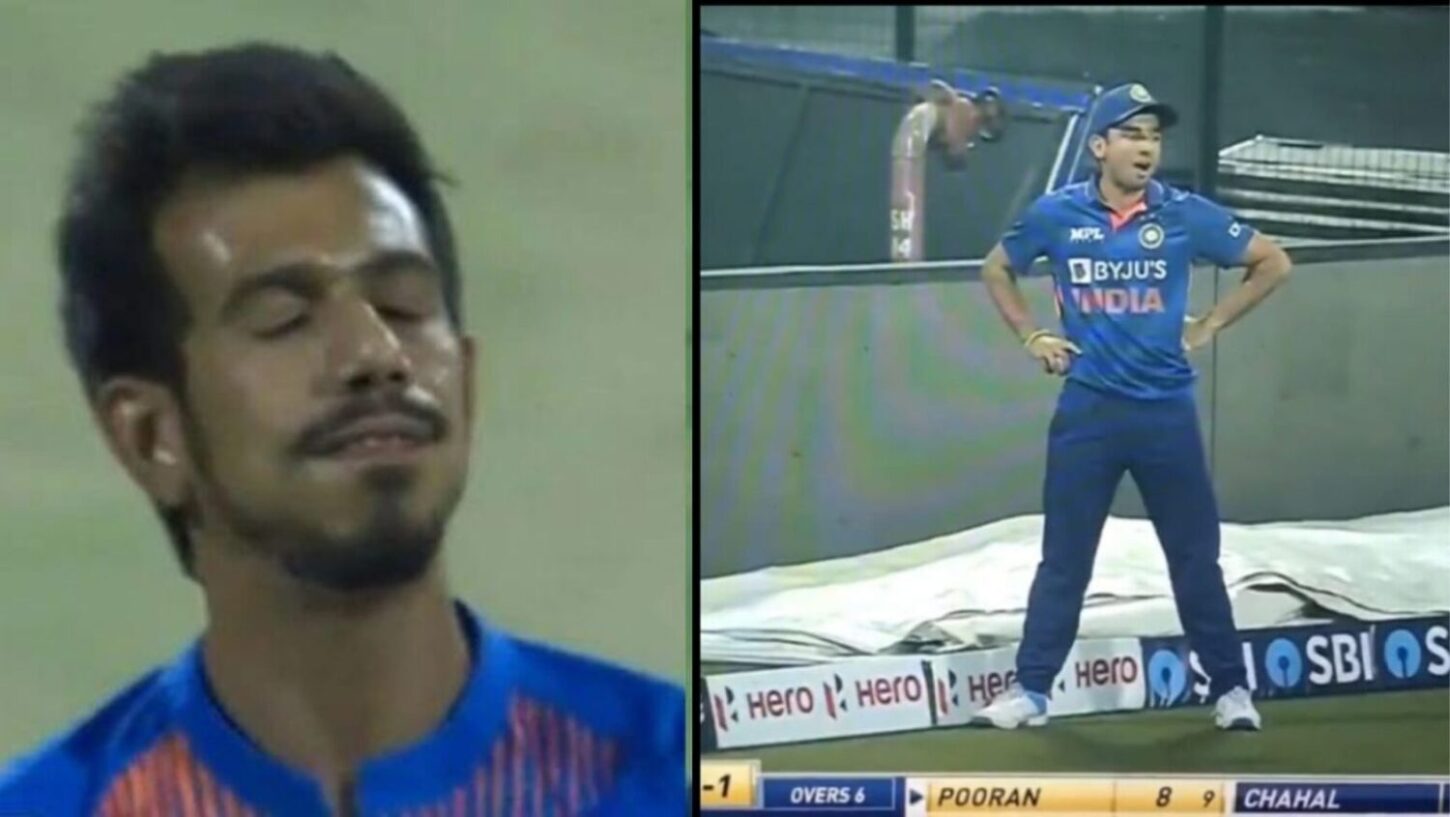 IND vs WI LIVE: The first dream of any cricketer is always to represent his country at the international level. And the dream of one such player from Rajasthan came true today. The young leg-spinner, Ravi Bishnoi, got his first chance to play for the country. Bishnoi made his T20I debut for India in the first T20I against the West Indies, played at Eden Gardens. And the most important thing for him is to get a debut catch from his senior spin partner, Yuzvendra Chahal.

But all the excitement and the feelings didn’t stay long for the young leg-spinner. After winning the toss, skipper Rohit Sharma chose to bowl first and invited West Indies to bat first. The Caribbean team started on a positive note and got off to a quick start. Mayers and Nicholas Pooran looked good at the wicket and added quick runs for the second wicket. Both batsmen looked comfortable against the Indian pacers. And it didn’t take long for the skipper to bring their slow bowlers to bowl.

Seeing the spinner, the wicket-keeper batsman, Nicholas Pooran, tried to attack and tried to hit the first ball of Chahal’s first overs for a six straight down the ground. But he didn’t time it well enough and the bowl took the inside half of the bat and went high in the air. And Ravi Bishnoi, who was fielding at the long-off boundary, was there waiting for the bowl. Eventually, he took that high catch near the boundary line, but he wasn’t able to stay stand straight and stepped over the boundary cushion.

And instead of the catch, he made a big blunder and gave a six to Pooran. Seeing all this, all the team members looked disappointed with the effort, and Chahal was seen upset with Bishnoi. However, Chahal got a wicket in the same over as he got the wicket of Mayer on the fifth ball of the over. But speaking of that catch, Bishnoi said that he was a bit nervous. The young leg-spinner said, during the innings break,

“I was a bit nervous, I was excited too but nervous. I didn’t see behind and my leg touched the boundary,”

Earlier to that, the Jodhpur leg-spinner, Ravi Bishnoi, made his debut for India. At this young age, he is already a well-known player in the IPL. The 21-year-old made his IPL debut in 2020. But it was his performance in IPL 2021 that caught the eyes of everyone. He played 14 IPL matches in 2021 and took 12 wickets at an impressive economy of 7.37. It’s his variations and temperament that look like a million dollars at this young age.

That’s the reason the new franchise, the Lucknow Super Giants, picked him as their drafts pick ahead of the auction. And his performance in the first innings was also very impressive. He registered the third best figure by an Indian spinner in his debut T20I. Bishnoi took 2/17 in his four overs.