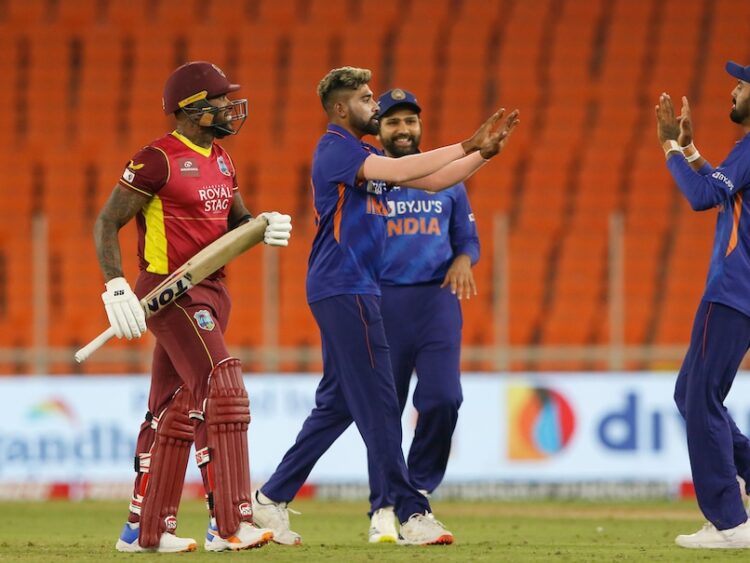 IND vs WI LIVE, T20I Series: The Men in Blue will take on the mighty West Indies in the shortest format of the game. After the ODI series, both teams will play three matches in the T20I series starting on February 16. All three matches will be played at Eden Gardens, Kolkata. Get the latest mobile bet365 review here and know how it works online.

After winning the ODI series successfully, Indian skippers will be looking to replicate their performance in the T20Is as well. Rohit Sharma has already won the T20I series against New Zealand last year. But this will be the first time that Virat will be playing in a T20I under him. On the other hand, West Indies skipper Kieron Pollard is fit and likely to captain the Caribbean side. The West Indies also recently defeated England 3-2 in a T20I series. With the fire-power they have in their squad, one can hope for some really exciting cricket ahead.

India has already won the three-match series very comfortably. And now for them, the next aim will be to test their players in the shortest format of the game. Considering the next T20I World Cup later this year, it will be a good opportunity for Rohit and the company to try their best possible XI for them. The Indian squad is a mix of experienced and youth both.

So, it will be a great opportunity for some players to showcase their talent and secure their place in the team. And with KL Rahul ruled out and Shikhar Dhawan not present in the team, Ishan Kishan will open with Rohit. And the most expensive player in the auction has the right time to explode.

West Indies have everything that is required to compete in the shortest format of the game. And that’s what they showed against a strong England. This Caribbean team has the luxury of power-hitters, all-rounders, and some fast bowlers in their selected squad. And it is just a matter of one performance on a given day. Every player in their team is capable of winning for their team on their own.

And with Pollard back with the team, it will surely help the middle order. On their day, the West Indies are an unpredictable team that can thrash any opposition. So it will not easy to defeat them in T20I. So we can definitely anticipate a cracker of content between the two strong sides in the upcoming T20I series. Looking for cricket betting tips for free? Read more here on our site.

Due to the increase in COVID cases, the BCCI has decided to organize all three T20Is at one venue. As a result, Eden Gardens will host the entire T20I series in Kolkata. And the series will be played behind closed doors.

Both teams have played a total of 16 T20I matches against each other. However, India lost to West Indies in the semi-final of T20I World Cup in 2016, but overall stats are different. The Men in Blue have won ten matches out of sixteen. And West Indies has a total of six victories.

Schedule and Timings for the Matches

The T20I series will be played between February 16 and 20. And the complete schedule is given below.

Online Platform: The T20I series between India and the West Indies will be streamed live on the Hotstar app and website.

USA and Canada – Willow TV, Disney+ Hotstar, and ESPN+ will also present the live streaming of the matches.