IND vs WI LIVE: Will Be Special to Play Against Rohit Sharma Led Team, Says Pollard 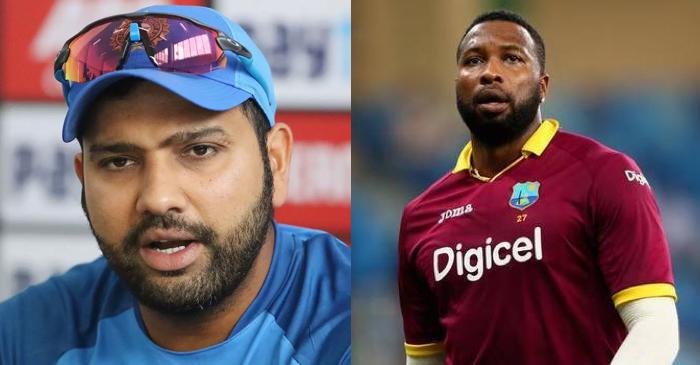 IND vs WI LIVE: West Indies captain Kieron Pollard has his eyes set on India after defeating England 3-2 in a scintillating T20I series at home. West Indies are touring India for a 3-match ODI and T20I series, starting February 15.

During the press conference after beating England, Pollard said it was a great win and they would like to take the positive result to India. He added that it will be special to play against a team led by Rohit Sharma.

“It was a great win against England and now we will look forward to positive result during India tour. Playing against Rohit Sharma led Indian team will be really exciting & special”

Pollard plays for the IPL franchise, Mumbai Indians under the leadership of Rohit. Both of them have been retained by Mumbai ahead of the upcoming mega auctions. Check our today’s betting tips and learn how to bet smartly.

Pollard said West Indies have many good ODI players and the management discovered new talents in them. The West Indies’ series victory over England featured a number of standout performances.

“We have got some really good one-day players. The management have unearthed some new talents in them during series against England. We are sure they will continue the good work in India”

said Pollard while taking about West Indies chances of series win in India.

Shimron Hetmyer is the only notable omission. The swashbuckling south-paw was not selected for the Ireland and England series after failing to meet Cricket West Indies’ fitness test. Here are some best betting apps in india for cricket.

West Indies Chief selector Desmond Haynes has said he expects the same fight and resilience that his boys showed against England in the tour to India as well. The fighting spirit was evident in the first T20I itself.

West Indies were reeling at 70/8 at one stage while chasing 180 but Shepherd and Hossain showed tremendous resilience. They took a shot at the target but fell agonizingly close, losing by 1 run.

“The team has been doing well in the Betway T20I Series against England in Barbados and we decided to stick with the same group of players. They have demonstrated great skill and fight and we expect the same kind of performances on the tour of India.”

West Indies will be oozing confidence after defeating a strong England unit. However, India will be a different challenge altogether. The number speaks for itself: India has lost just 1 T20I series at home (back in 2015/16 against South Africa).

The road won’t be easy for India too. From here on, the preparation for the T20 World Cup will start. They have rested spearhead Mohammed Shami and Jasprit Bumrah. So an altogether different pace attack comprising Shardul Thakur and Deepak Chahar will be tried and tested. This series may also mark the end of Bhuvneshwar Kumar if he fails to deliver yet again. Here’s today match betting tips for cricket. You can get the live results here.