IND vs WI ODI: 4 Key Takeaways From the Series 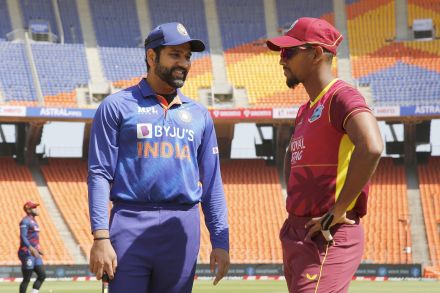 IND vs WI ODI: Team India has convincingly white-washed West Indies in the three-match ODI series. The Men in Blue have now defeated West Indies in consecutive 11 ODI series. Under Rohit Sharma’s first stint as the permanent ODI captain, the hosts found some positives. They will look to build on it and solidify their core.

Get the latest review of mobile bet365 app and know how it works online.

While India chased a modest target of 177 comfortably in the first match, the Indian won the next two games by 44 and 96 runs respectively. One of the big highlights of this series was the pitch of the Narendra Modi Stadium. While the deck was a bit slow, especially in the first ODI, it offered a good bounce to the pacers.

Starting from Shai Hope and Brandon King at the top of the order, Darren Bravo, Shamarh Brooks, Nicholas Pooran, and Fabian Allen failed to contribute significantly. Also, it wasn’t the case that they scored at a quick rate, and lost wickets in the process. All of their batsmen except Odean Smith finished the series with a strike rate of under 80.

Overall, the West Indies batsmen had a balls-per-dismissal ratio of just 25.5 with a strike rate of 65.75. While they missed Shimron Hetmyer and Kieron Pollard (after the first two games), they would’ve expected longer innings from their batsmen, particularly from Shai Hope, and stitch partnerships to post decent totals on the board.

In the 15 matches of the ongoing World Cup Super League so far, the West Indies batsmen are averaging under 22 with a poor strike rate of around 71. Moving forward, and keeping the World Cup 2023 in view, they need to do better.

Looking for more cricket betting tips for free from the experts? Check out here!

2. Indian bowlers are back among wickets:

The Men in Maroon were totally out-classed by India’s bowling attack on the tricky pitches in Ahemdabad. The Indian bowlers bundled West Indies under 200 in all three matches. Jasprit Bumrah wasn’t missed as Indian bowlers scalped 30 wickets at 17.5 runs apiece with a fine economy of 4.13.

This is the fifth-best bowler average India has ever recorded in an ODI series or tournament, and the third-best since 1986. This should also give a break to the talks of the lack of penetration in India’s bowling attack. Notably, the Indian bowlers – Chahal and Prasidh – were ‘Player of the Match’ in two games, and the latter was also chosen as the ‘Player of the Series’.

The attacking pace duo of Mohammed Siraj and Prasidh Krishna was the highlight of this series. Siraj bowled beautifully with the new ball, and also tested the visiting batsmen with his bouncers as did Prasidh with even more pace. Deepak Chahar has probably done enough to play ahead of Shardul Thakur.

Yuzvendra Chahal had two good outings, and his googly to Kieron Pollard was among the best moments in this series. Chahal turned the ball nicely, especially his leg-breaks were outstanding in the second ODI. Washington Sundar was great in the first match and had a decent series overall. His off-spin looked quite sharp in the first game and outfoxed three batsmen.

India will be more confident about their bowling line-up, moving forward. They should stick with Siraj so that he becomes a more robust pacer across phases. Krishna, the middle-overs enforcer, has made his case stronger to play against pace-vulnerable sides, if not all the games.

Even though India’s top-order had a quiet series, the middle-order stepped up well. India were 43/3 and 42/3 in the second and third ODIs respectively. However, Suryakumar Yadav and KL Rahul – in the second match, and Rishabh Pant and Shreyas Iyer – in the third match, ensured a good recovery. The likes of Deepak Hooda, Washington Sundar, and Deepak Chahar also chipped in well.

By the looks of it, Pant, KL, and Hardik will form India’s middle-order in their full-strength team. With Iyer, SKY (and Hooda) as backup options, India has a solid middle-order, perhaps the best in the last few years. India, however, will want quick progress in Washington’s power-hitting, to have a sound backup of Jadeja as well.

4. Jason Holder, Alzarri Joseph and Odean Smith impress ahead of the IPL auction:

Even though the smart IPL teams might not be influenced a lot by this series, some players have done a good job to push themselves in the limelight. Jason Holder, who played for SRH in the last two seasons, can be a decent buy for many franchises. The powerful batsman has a good hitting base and can smash the ball for long distances. He can also contribute well with the ball if used well. Being a pace all-rounder should help his cause.

Alzarri Joseph, who has been impressive in ODI cricket for the past couple of years, can be a good budget pick. With his ability to trouble batsmen with his pace and bounce, Joseph can perform the role of a support bowler in a strong bowling attack nicely. Joseph doesn’t bowl yorkers but relies on his hard lengths in the death overs.

Odean Smith, who was imposing in the last two matches of the series, can be a decent backup buy. Odean has a good pace and hits the deck hard. He is also a powerful hitter and hit medium-pace bowling. Thus, he is a utility player. However, he may not a reliable pick to start in the first-choice XI. Here are some best cricket match prediction sites and learn more about the upcoming match.