IND vs WI ODI Series: Three Indian Players to Watch Out For 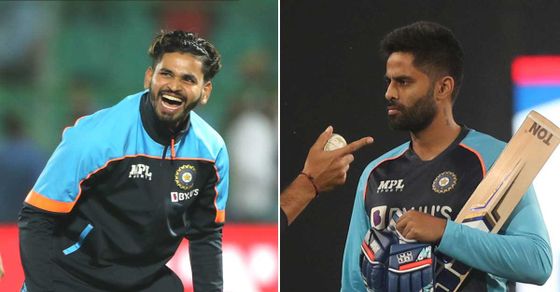 IND vs WI ODI Series: India’s home season is set to kick off with an ODI series against West Indies. The hosts will play all three Day-Night matches in Ahemdabad. This series will be also Rohit Sharma’s first ODI assignment as a permanent captain in limited-overs cricket. So far, Rohit has won 8 out of 10 ODIs he has captained in, as Virat Kohli’s deputy.

The team management’s big focus will be on building a team for the World Cup 2023, as the temporal gains like victories in the bilateral series can take a backseat. However, their bigger challenge is to assemble a potent bowling attack, which used to be India’s strength a couple of years back.

The senior pace-trio of Jasprit Bumrah, Mohammed Shami, and Bhuvneshwar Kumar as well as the finger-spin duo of Ravindra Jadeja and Ravichandran Ashwin won’t feature in this series. Thus, India has a good opportunity to try out its unestablished bowling options. Check our daily betting tips and free guide here.

IND vs WI ODI Series: Three Indian players to watch out for

The in-form Suryakumar Yadav’s batting fluency is on another level. He picks up the gaps easily and scores run effortlessly at a good pace. The 31-year-old isn’t among the youngest unestablished players, but a good run in the IPL and the domestic circuit has kept Suryakumar around India’s national setup for a while now.

The middle-order batsman has got a good start to his international career. SKY had a good ODI series in Sri Lanka and was impressive in the single ODI he played in South Africa. In his four-match ODI career, the right-handed batsman averages over 54 with a strike rate of around 123. The sample size isn’t big but Yadav has looked quite imposing to the eyes.

The Mumbaikar is a fast starter, he is a good spin-hitter and capable of working around against pacers. If India isn’t lured by a sixth-bowling option in Deepak Hooda, SKY should play. He also has a decent case to play ahead of Shreyas Iyer at No. 5 since KL Rahul will be available from the second ODI onwards.

By the looks of it, Washington Sundar will play as a spin-bowling all-rounder at No. 7 in the upcoming series. Sundar might have got an opportunity in South Africa itself, however, he was ruled out of the series as he tested positive for COVID-19. India are searching for Ravindra Jadeja’s backup. Krunal Pandya, who got some chances, didn’t look convincing enough. Thus, Sundar, who last played an ODI in December 2017, has been recalled.

It’s not easy to crack the No. 7 spot in the ODI cricket, and Sundar might find it even tougher. The No. 7 batsman should be a powerful batsman and a fast starter. At this stage, Sundar isn’t a pace power-hitter or a quick starter; even though he has displayed a sound batting technique and good composure in his short Test cricket. The off-spinner is a defensive bowling option and isn’t a major wicket-taking threat as of now. However, being a fifth-bowling option, this shouldn’t be a big problem.

In the long run, though, Sundar will need to improve his power-hitting and sharpen his off-spin to cement his spot in India’s ODI squad. The 22-year-old has enough time to develop his game and India will be very pleased if Sundar is able to contribute to the ODI side. Here’s our full review of betway app.

India needs an all-phase pacer to partner with Jasprit Bumrah in their strongest XI. Mohammed Siraj is among the better options available for that role. Interestingly, he didn’t get a chance in South Africa – perhaps to provide him rest after the injury. But Siraj should play now, and more so in the absence of senior pacers.

As far as Siraj’s skills are concerned, he can move the new ball, he has got pace and a sharp bouncer, and an OK option in the death overs. Also, Siraj’s scrambled seam-bowling might be useful in the middle-overs. The right-arm pacer’s defensive skills aren’t elite, however, he has improved on that front. There aren’t many quality alternatives, and because of the wicket-taking ability Siraj brings to the table, he is worth a try.

In List A cricket, the Hyderabadi pacer averages a shade over 23 with a strike rate of 26.4, and his economy of 5.30 RPO isn’t poor at all. Siraj didn’t have a great outing in the only ODI he played in 2019, and it’s time he turns the tables around. India have struggled to pick up early wickets in recent times, and an attacking pacer should help their cause. Here are some best betting apps for you to download.